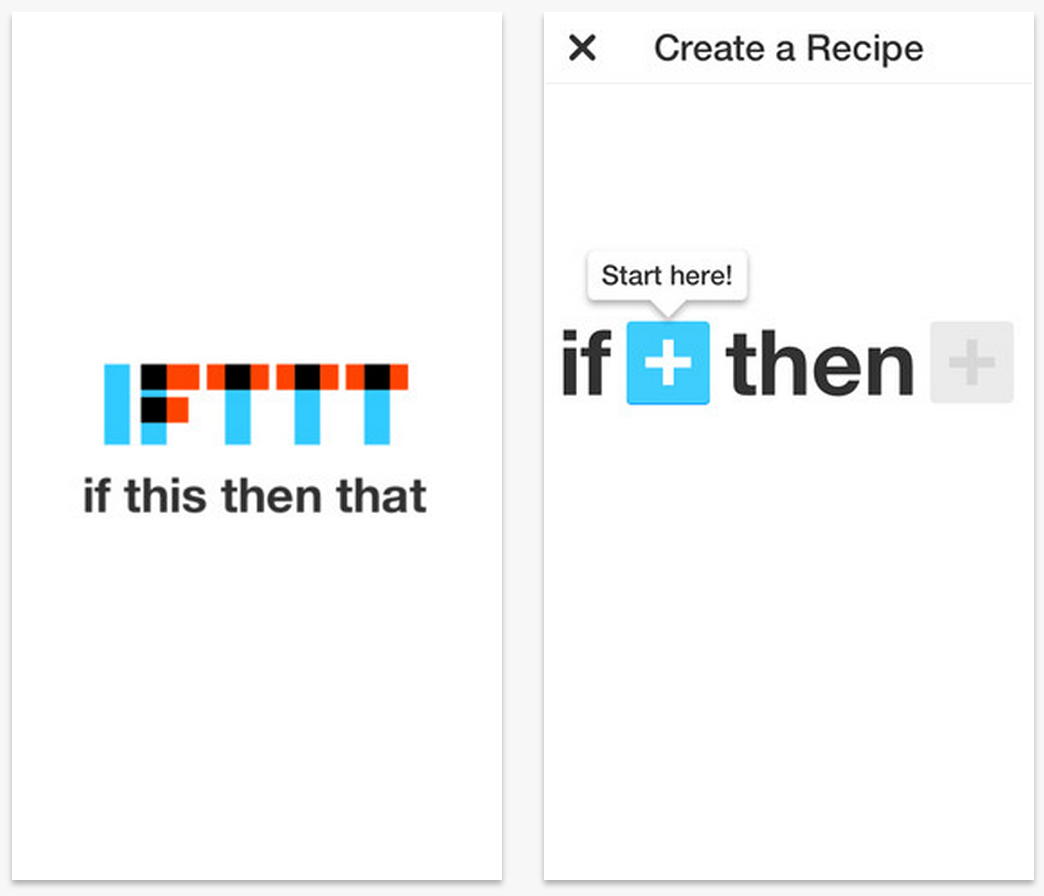 IFTTT has been around for a while now—since 2010. The acronym stands for ‘If This Then That,’ which does a great job of summarizing what it does: allows users to create automation Recipes for various services using a Trigger (this) and an Action (that).

Services like Instagram and Dropbox are known as ‘Channels,’ and there are different Triggers and Actions associated with each. It’s a cool idea, but the only way to set up these Recipes through IFTTT was via a web browser. That, however, changes today…

IFTTT has launched its first native app on the iPhone this morning, appropriately named IFTTT for iPhone. The app not only allows you to create your own automation recipes, but it makes the entire process much easier, trimming it down to some 5 or 6 taps.

If you’re still not sure what the point of the service is exactly, check out this example: imagine you wanted to take all of your photos taken in the Instagram app and upload them to your Dropbox. You could set up an IFTTT Recipe to do this for you automatically. 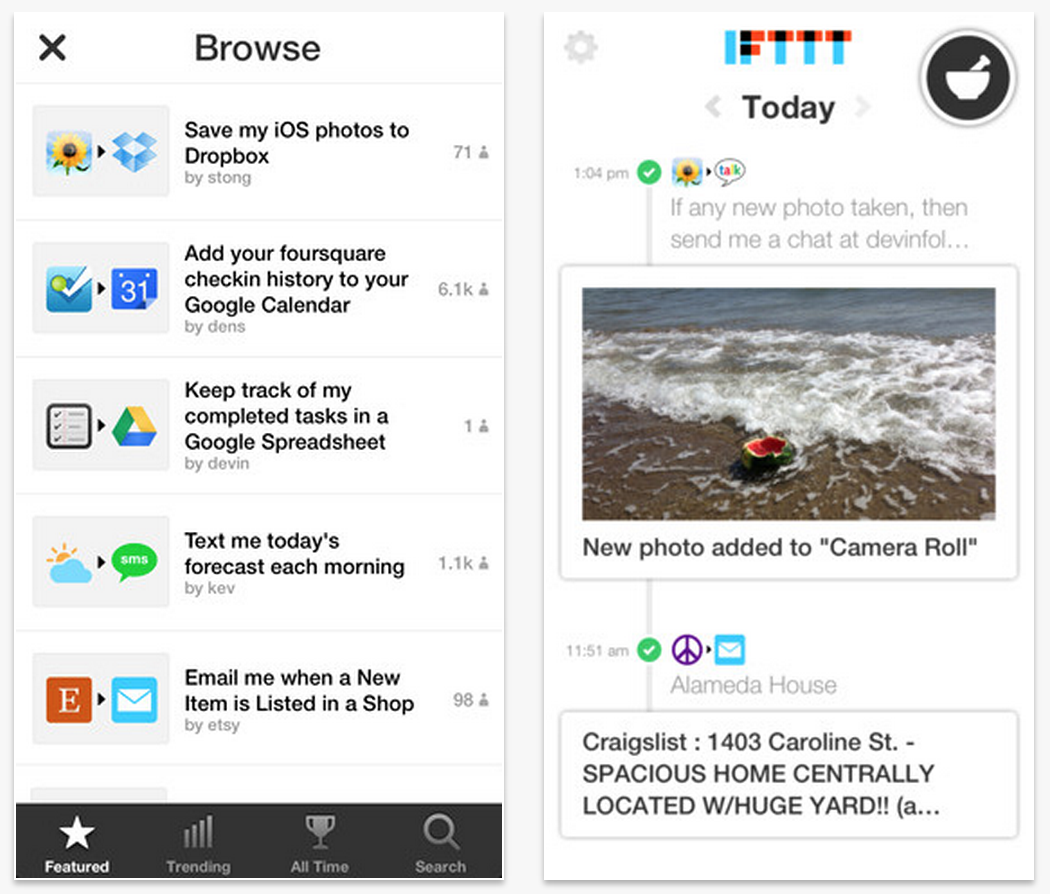 And the new iPhone app takes it a step further by hooking into some of your native iOS apps. Let’s say you wanted to upload all of the photos you take with your iPhone to Flickr. Instead of having to do it manually one by one, you could have IFTTT do it for you.

Channels are mostly limited to web services, but there are quite a few to choose from including Facebook, Gmail and Twitter. IFTTT also works with smart devices like the Philips Hue lightbulb, Belkin’s WeMo home automation rig, and Jawbone’s UP fitness tracker.

Needless to say, the service holds a lot of potential. And there’s no doubt that the new iPhone app will help it reach a wider audience. If you’d like to check it out for yourself, you can find IFTTT for iPhone in the App Store for free. Obviously, you’ll need an account.

Have you tried out the new IFTTT app? Thoughts?