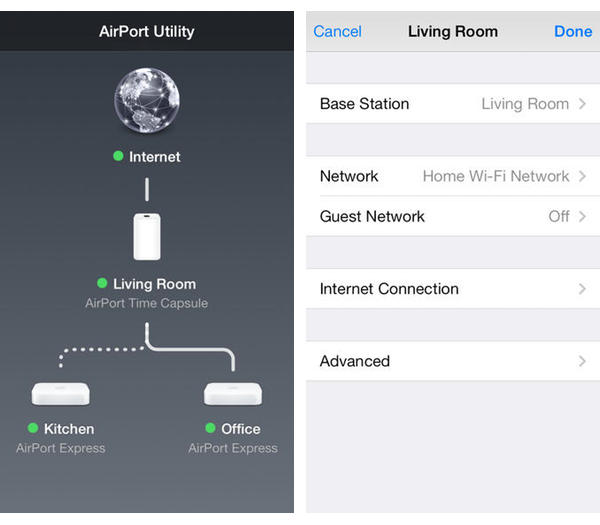 In addition to Remote, Apple has posted an update for its AirPort Utility app this afternoon. The app is used to help users manage their Wi-Fi network and AirPort base stations, including Express, Extreme and Time Capsule.

For those unfamiliar with AirPort Utility, it offers a number of administration features like the ability to change network settings and security modes. The update isn’t a big one, but it’s worth note for people who use the app…

The lone item in today’s 1.3.3 update is ‘Adds 64-bit support.’ It’s not clear what benefit 64-bit support would add for an app like this one, but you would obviously need an A7 device to take advantage of it—iPhone 5s, iPad Air.

It’s interesting that Apple would choose to roll out such a menial update for AirPort Utility, while major iOS 7 updates for more popular apps like iBooks or Find My Friends have yet to hit the App Store. But hey, what do I know?

At any rate, if you’re interested, you can grab the latest version of AirPort utility in the App Store for free.