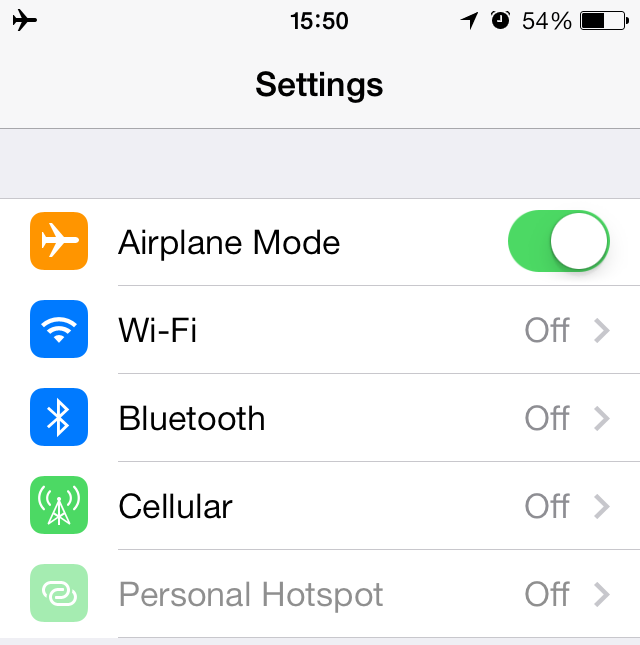 The U.S. Federal Aviation Administration (FAA) has finally relaxed its restrictions on the use of personal electronics devices (PED) such as iPhones and iPads on commercial flights. Going forward, the FAA will allow airlines to expand use of personal electronics during nearly all phases of flight, and is immediately providing the airlines with implementation guidance.

Although the FAA has finally determined that smartphones and tablets have a minimal impact on the airplane’s electronic systems, pilots of course are barred from using gadgets for personal reasons at any time during aircraft operations.

The new rules apply to both domestic and international flights and restrict passengers to using their devices in airplane mode only most of the time, so no voice calls during a flight.

Additionally, you will still be required to turn off your devices completely during specific situations such as a landing in reduced visibility to make sure they don’t interfere with onboard communications and navigation equipment.

According to FAA’s FAQ, each airline will review its carry-on baggage policy to determine how the expanded use of PEDs impacts its current program.

For example, if the operator’s current program requires all PEDs to be stowed for take-off and landing, and the operator expands use to those phases, the operator would have to change that program to allow acceptable PEDs to remain out and secured.

FAA’s press release states that short-range Bluetooth connections and in-flight Wi-Fi services are also allowed during a flight. Keep in mind that the new regulations still require that personal electronics, books and magazines be held or put in the seat-back pocket during takeoff and landing.

The agency provide the following check list for passengers:

The new rules should be implemented by the end of the year so contact your airline for a specific timeline and/or exemptions.