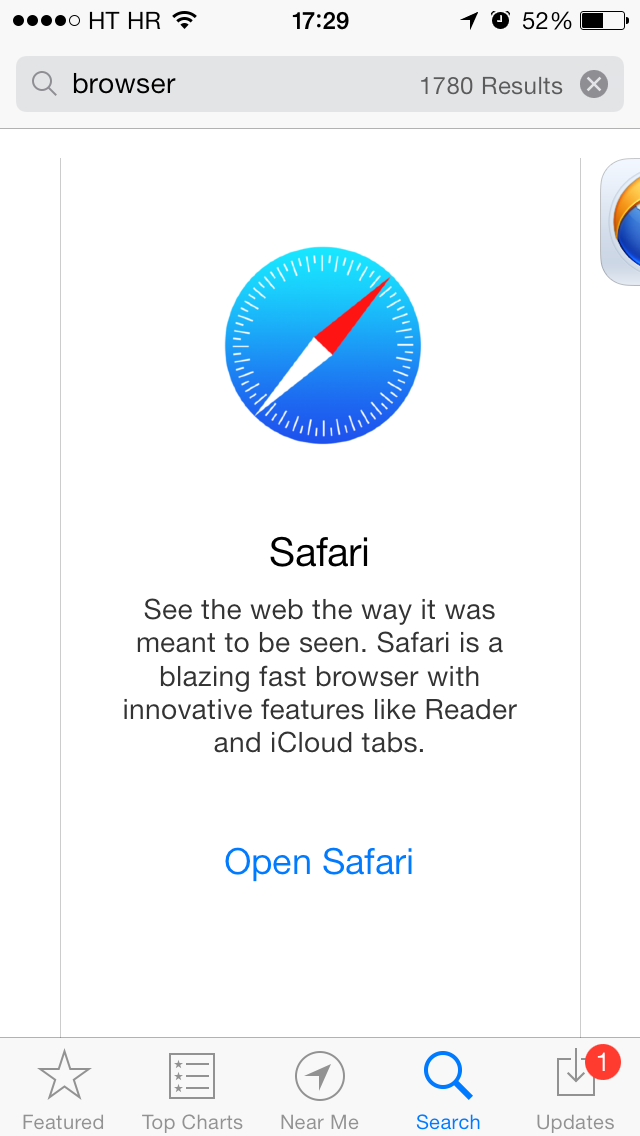 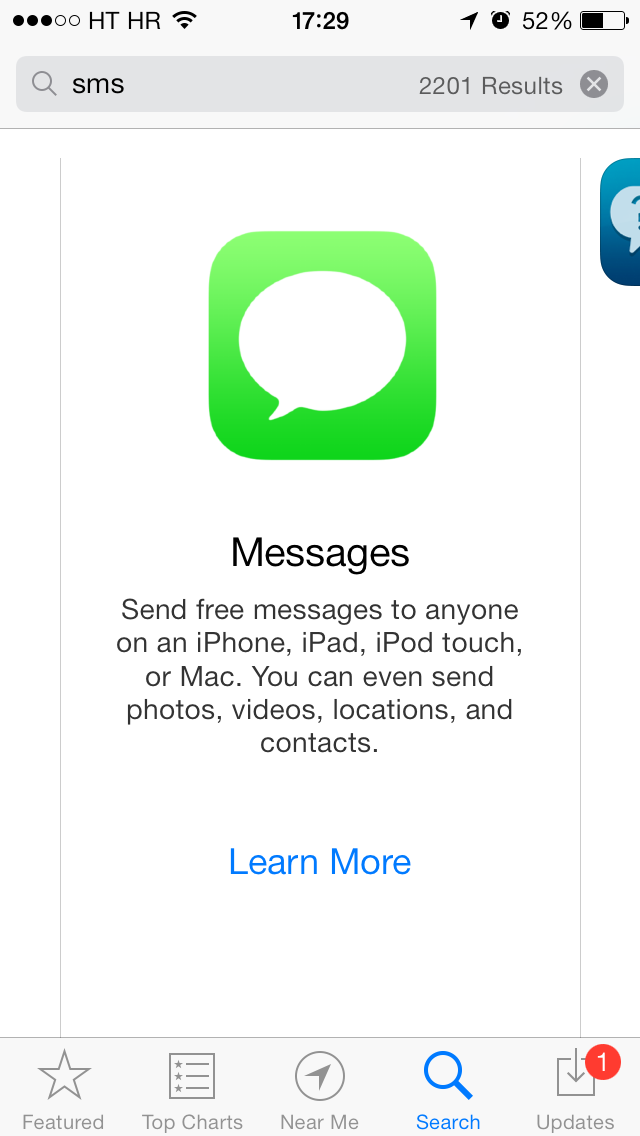 Apple has cunningly devised a novel though controversial way of promoting its own iOS 7 stock apps, features and services right in the App Store search. The application store has seen a whopping 60 billion cumulative downloads thus far and with over a million apps carried it’s serving a lot of customers on a daily basis.

If you now go to the App Store and run a search for popular generic terms such as ‘browser,’ ‘movies’ and ‘SMS’, the first entry popping up in your search results should be a banner advertising a related stock iOS 7 apps or feature like Safari, iTunes Store, Messages and more…

This was first reported in a tweet by Lukas Burgstaller and expanded on by MacStories.

In addition to searching for ‘browser,’ ‘movies’ and ‘SMS,’ a few other corresponding queries include ‘music,’ ‘Siri,’ ‘cloud,’ ‘Internet,’ ‘web,’ ‘messages,’ and ‘text’. All of these generic terms result in corresponding banners showing up in your App Store search results, seemingly promoting an iOS 7 feature or built-in app.

This could be another way of persuading non-iOS 7 device owners to upgrade to iOS 7 or a newer hardware and I’m guessing developers won’t approve of the practice as it encourages users to download Apple’s apps instead of third-party offerings.

I’m not sure about Apple’s thinking here as the strategy is flawed.

I can confirm Apple’s ads appear only on iOS 7 devices, not on iOS 6 or prior hardware. Why promote iOS 7 features to people who already run iOS 7, and at the expense of third-party apps, too? All iOS 7 devices show these things, from iPhones and iPod touches to iPads. You can see below the banners for Safari and iTunes Store showing up in iOS 7 App Store on my iPad 3. 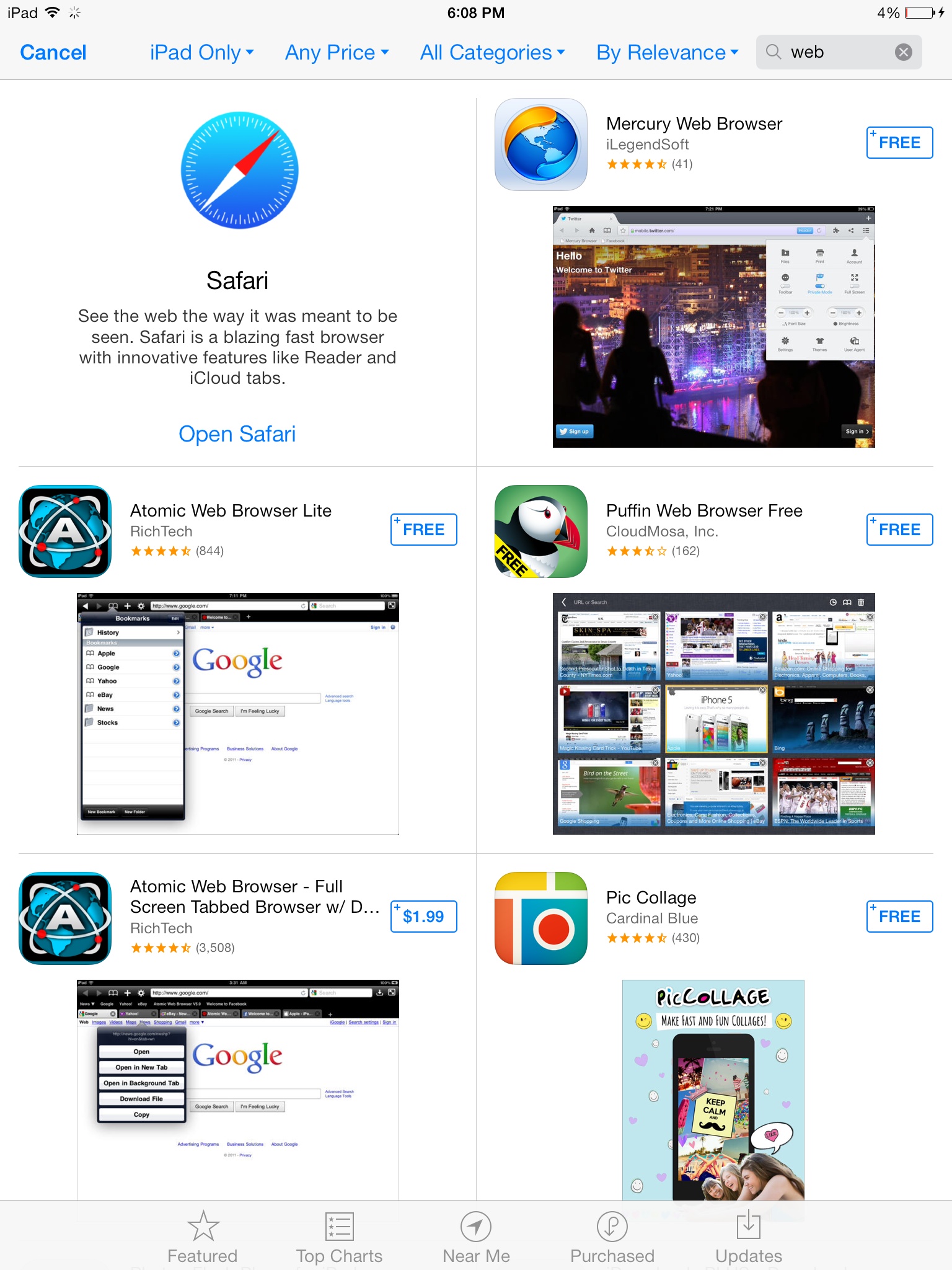 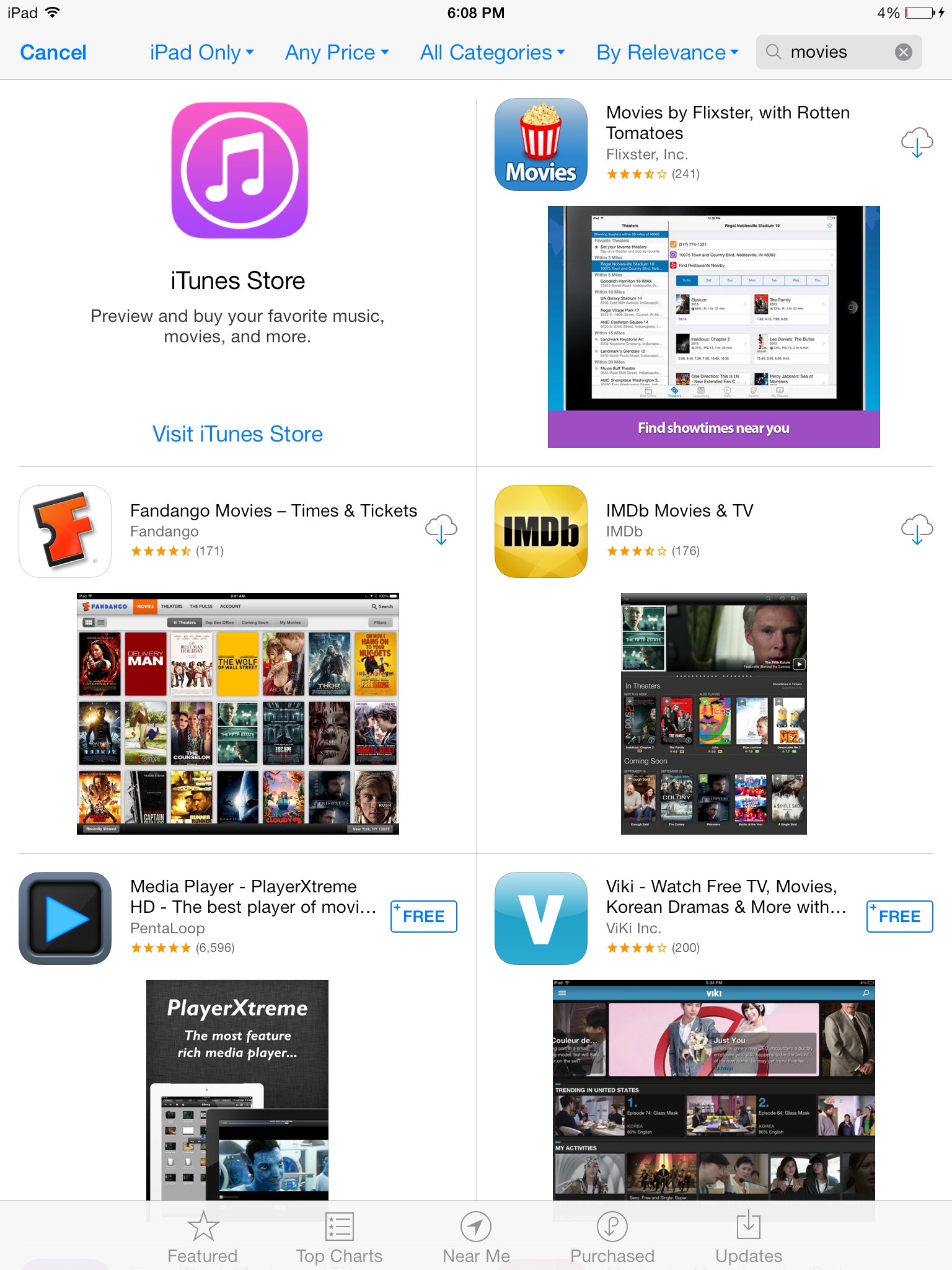 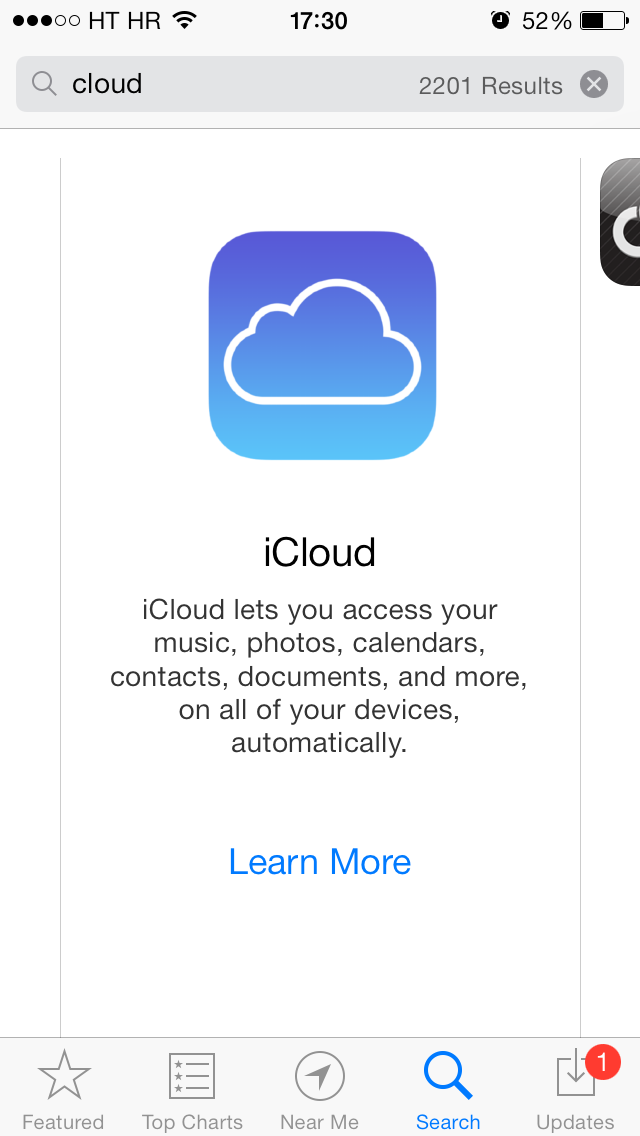 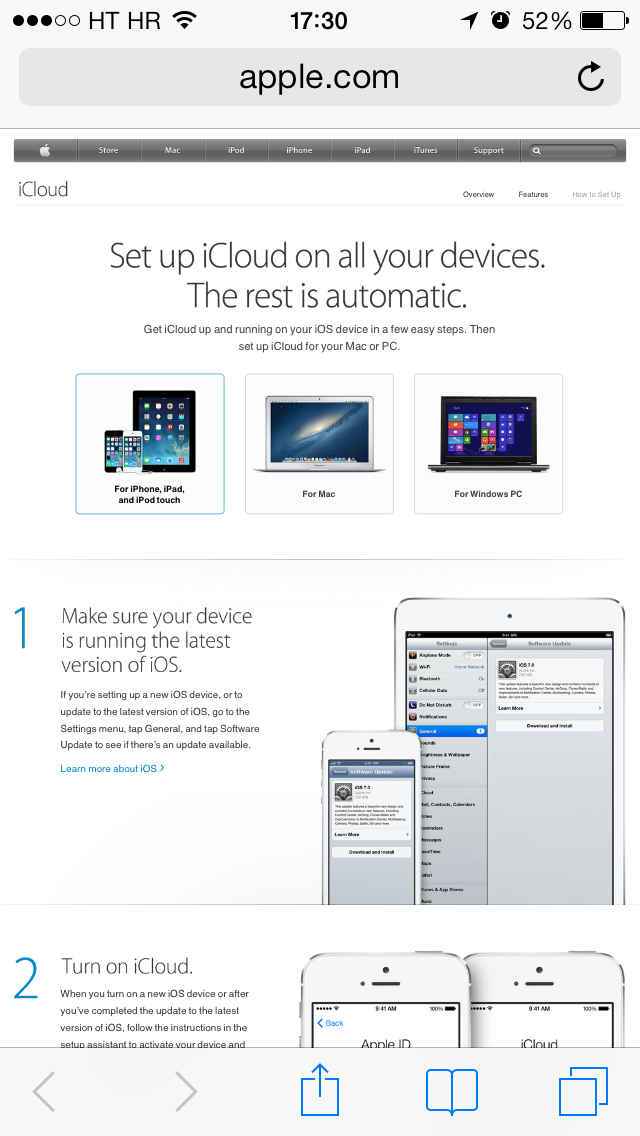 Searching for ‘cloud’ brings up the iCloud banner linked to Apple’s website. 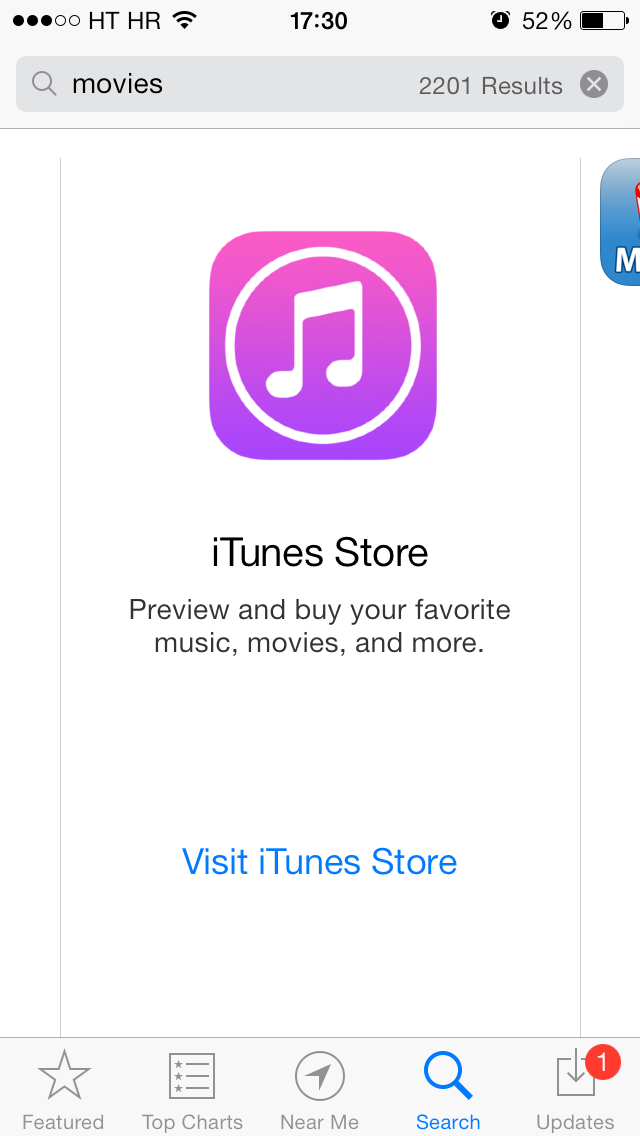 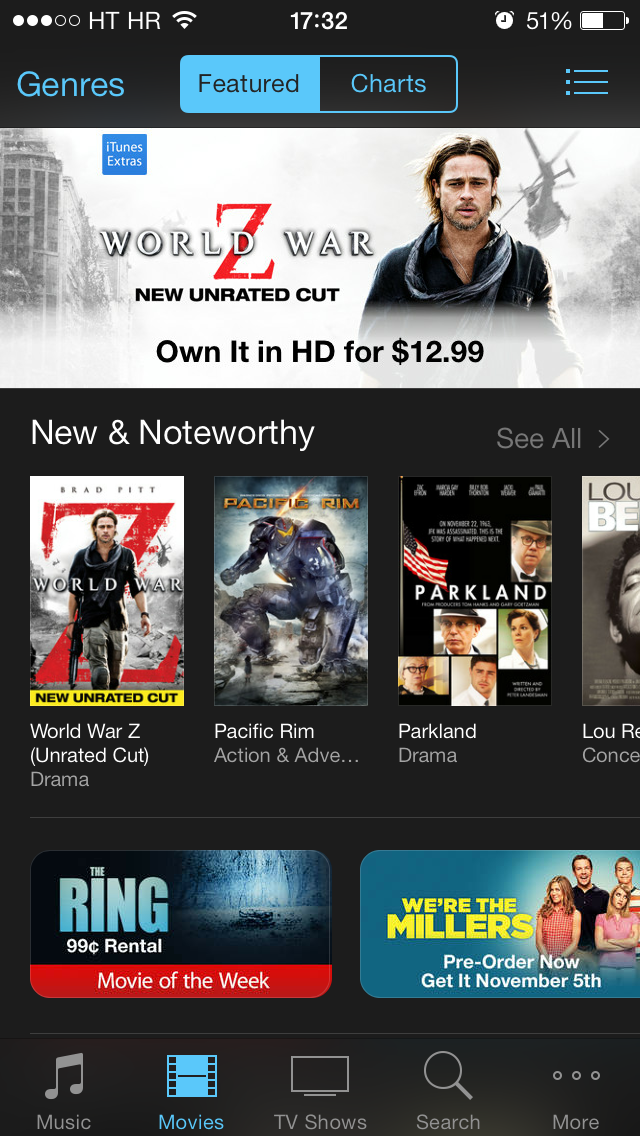 Searching for ‘movies’ produces an iTunes Store banner leading to the stock app . 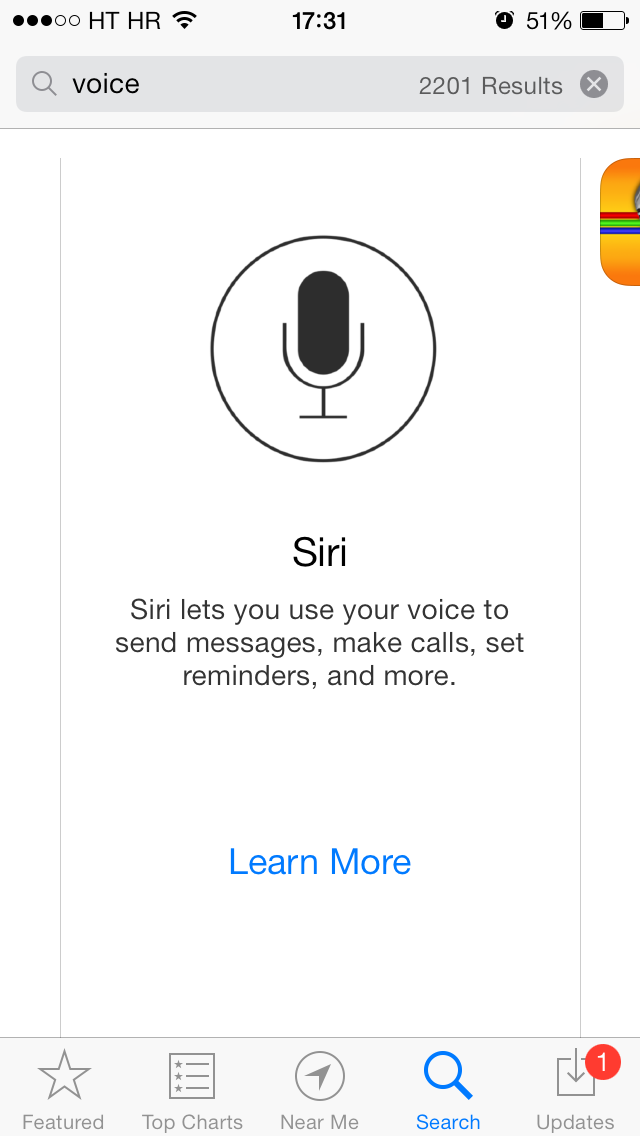 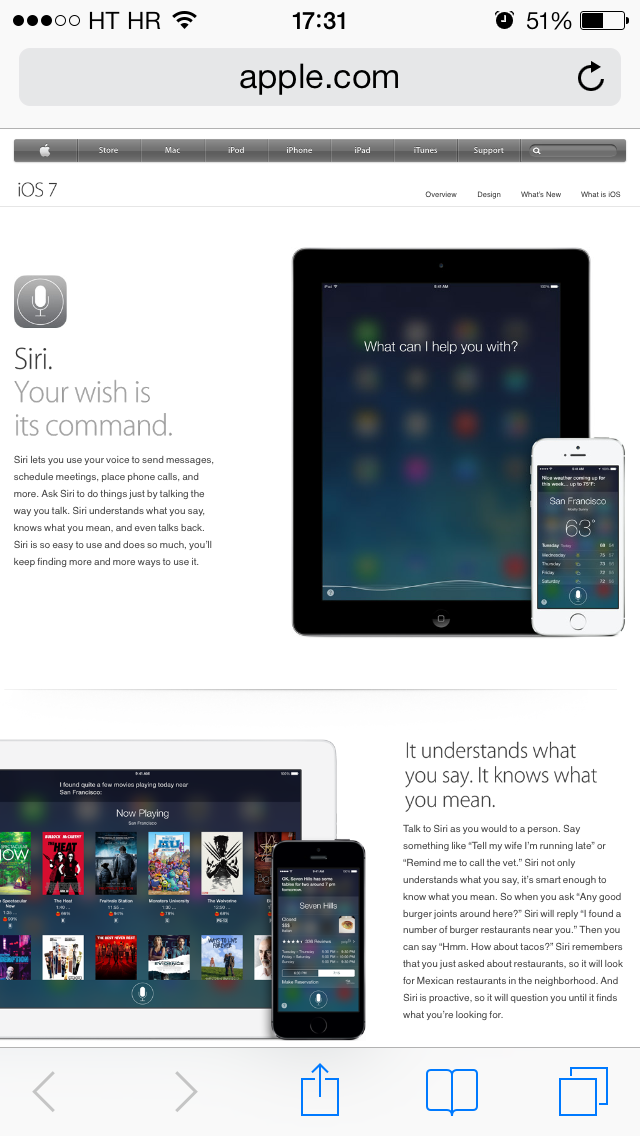 Doing a search for ‘voice’ puts up the Siri banner linked to Apple’s Siri web page.

Apple’s boss said on October 22 that a whopping 64 percent of iOS devices are now running iOS 7 – that’s nearly two out of each three iPhones, iPads and iPod touches in active use.

If you’ve spotted other triggers, please share them down in the comments.