Earlier this month, Apple began running a magazine advertisement for its iPhone 5s with a byline reading “your finger is the password.” It briefly explained some of the benefits of Apple’s new Touch ID security system.

Well new iPhone 5s print ad has surfaced this week, this time highlighting Apple’s new 64-bit A7 processor. Similar to the previous spot, the ad features a large photo of the 5s and a byline: “Desktop Power. Pocket Size.” 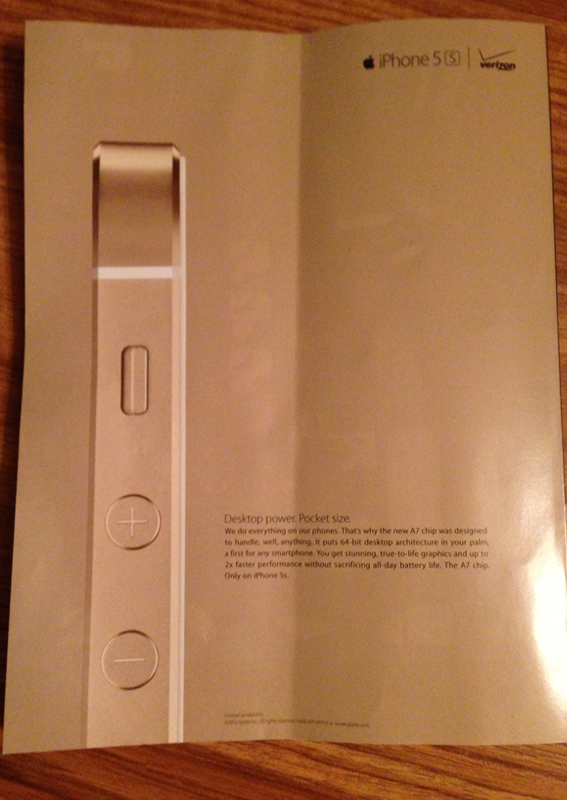 “We do everything on our phones. That’s why the new A7 chip was designed to handle, well, anything. It puts 64-bit desktop architecture in your palm, a first for any smartphone. You get stunning, true-to-life graphics and up to 2x faster performance without sacrificing all-day battery life. The A7 chip. Only on iPhone 5s.”

Of note, Apple has taken some criticism over its 64-bit claim, with some folks calling it a “marketing gimmick.” Yes, those folks have since been reprimanded, but many users have wondered out loud what its real-life benefits are.

So I guess in that regard, this is an easy way for Apple to control the conversation, as the ad does a great job of explaining what the 64-bit A7 means for customers: faster performance, all-day battery life, the future of smartphones.

What do you think of the 5s ad?