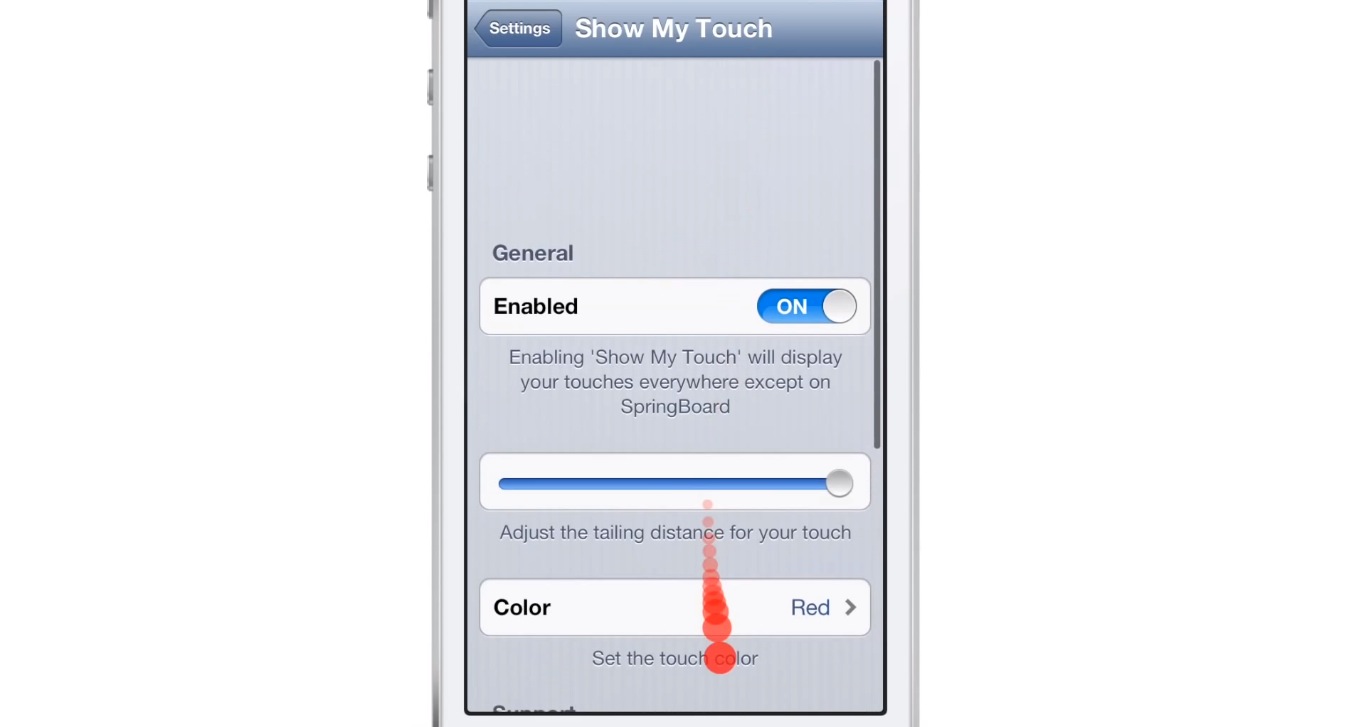 Show My Touch is a recently released tweak that brings a touch screen overlay indicator to jailbroken iPhones. The tweak, which is available for free on Cydia’s BigBoss repo, makes it easy to identify your touches on screen by means of a colorful indicator.

Sure, this isn’t the first time this has been done, but Show My Touch puts its own unique spin on things. Have a look at our video walkthrough inside to see what I mean.

Show My Touch differentiates itself when compared to similar tweaks by implementing a trailing tail on its touch indicator. This tail’s length can be adjusted using a slide mechanism in the tweak’s settings.

One could argue that the tail makes it easier to identify touches, and much easier for onlookers to figure out where you are on screen in the case of a presentation. You can also change the color of the touch screen indicator using a menu in the preferences.

I should mention that Show My Touch doesn’t work on the Home screen, and this appears to be by design. If you’re looking for a tweak that shows touch indicators no matter where you are on screen, I recommend checking out TouchPosé.

Show My Touch is available for free on Cydia’s BigBoss repo. Do you see a need for this tweak in your daily workflow? If so, share your thoughts down in the comment section.