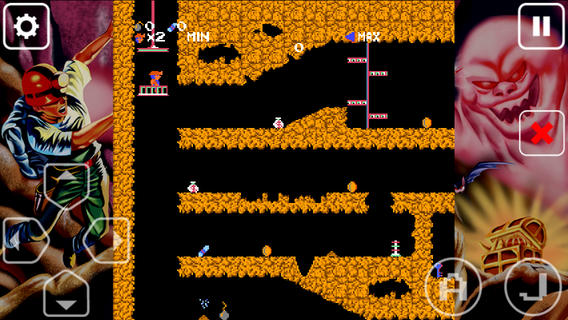 In 1983, a fun and deadly platform game made its way into the hearts of gamers. Spelunker was best known for its requirement of precision timing and multiple ways to die. If you could master Spelunker, you could master anything.

Everyday Spelunker, a revised version of the classic platformer has just been released in the App Store. It is a nearly identical recreation of the NES original, except that there are a few new features to help you reach your goal instead of dying over and over again… 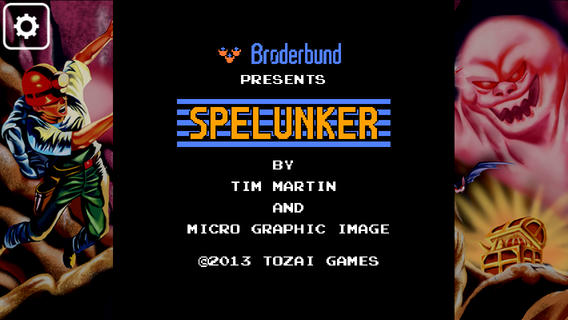 This year marks the 30th anniversary of Spelunker’s launch. What better way to celebrate than a faithful recreation for an all-new video game device? The game starts in a colossal cave where players must travel deep down into the heart of the cavern to reach the treasure at the bottom. Using a virtual D-pad and jump buttons, players climb down ropes and ladders, jump from platform to platform, and avoid ghosts as they head downward.

The thing that makes this game interesting is that your spelunker has a limited amount of oxygen in his tank, so you must get to the bottom before you run out of air. To make matters worse, the oxygen is sometimes used to move obstacles or scare away bad guys, leaving you even less time to get to the treasure before losing your breath.

In this revised version on iOS, players are treated with the ability to purchase two new adventures in the game, “Episode 2: Deep into Another Mine,” and “Episode 3: New Challenges.” 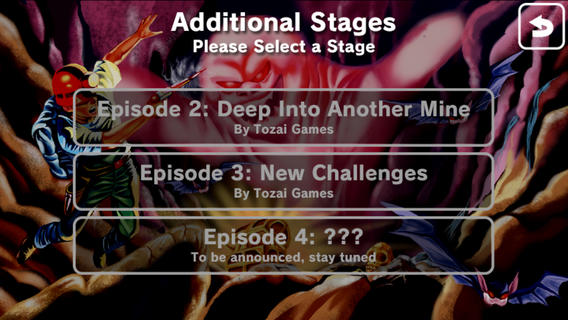 The game is known for its difficulty. Players die regularly because their spelunker doesn’t really move very well. He can’t jump high or far and will be crushed if he falls off of a ledge. If you aren’t careful when jumping from one platform to another, you’ll plummet to your doom. Luckily, the developers of the iOS version decided to give us a break and have included some helpful features in the game. Players can turn on “Rope Assist” to make jumping from the rope to a ledge easier. Plus, instead of having to start from the beginning whenever you die, you can turn on “Endless Continues” and restart right from where you left off.

Check out the video below of classic Spelunker running on NES.

Everyday Spelunker is available for $3.99 for the iPhone, iPad, and iPod touch. Download it in the App Store today.

Do you remember Spelunker? What console did you play it on?