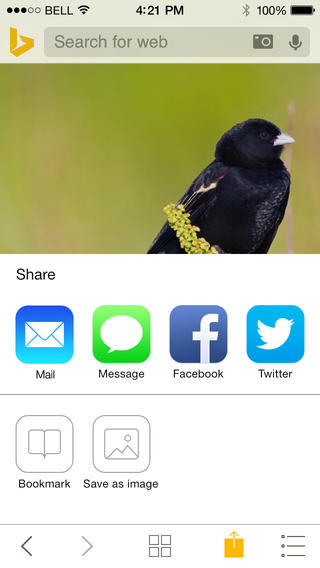 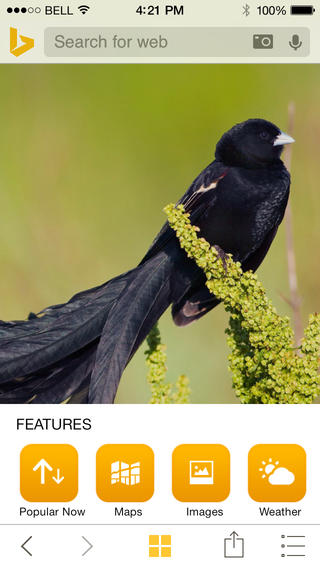 I’m not using Microsoft’s Bing search engine much on the web, but really meant to fall in love with the iPhone and iPad app, and long before Google’s Search iOS software became sleek. The problem is, Redmond was rolling out those updates way too slow for my taste.

I last checked Bing out some time last year and was disappointed that it still had certain non-Retina elements to it, such as the logo graphics. Today, Bing for the iPhone and iPad has gotten a fresh coat of paint, a nice new flattened logo and a completely revamped user interface re-created from scratch with iOS 7 in mind…

The icon logo now finally reflects the Bing logo on the web.

As the screenies depict, you’ve got your standard iOS 7 Share sheets in this Bing release, the much simpler and of course flat user interface stemming from Bing’s new color palette and even some new features.

For example, Bing 4.2 supports animated GIF files, lets you clear search history and extends the length of time a Microsoft account can stay signed in. Of course, you don’t ever need to log in with your Microsoft account if you don’t want to, but you’ll lose some personalization when searching non-signed-in. 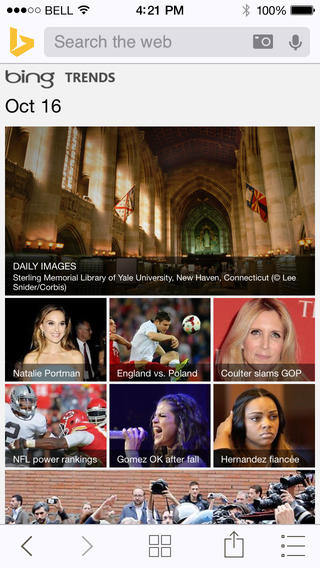 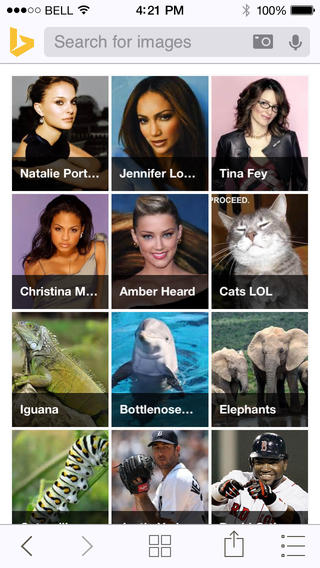 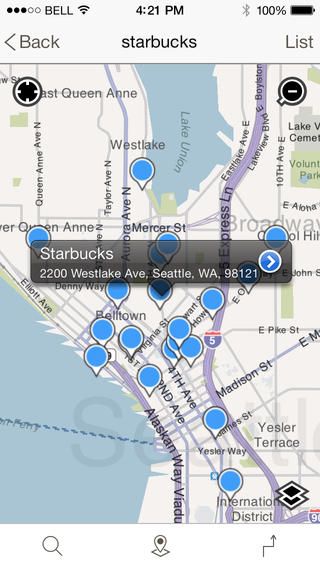 Bing is a free download from the App Store.

If you were kinda ‘meh’ about Bing, you should give it another try now that it’s been refreshed, cleaned up and simplified for iOS 7.