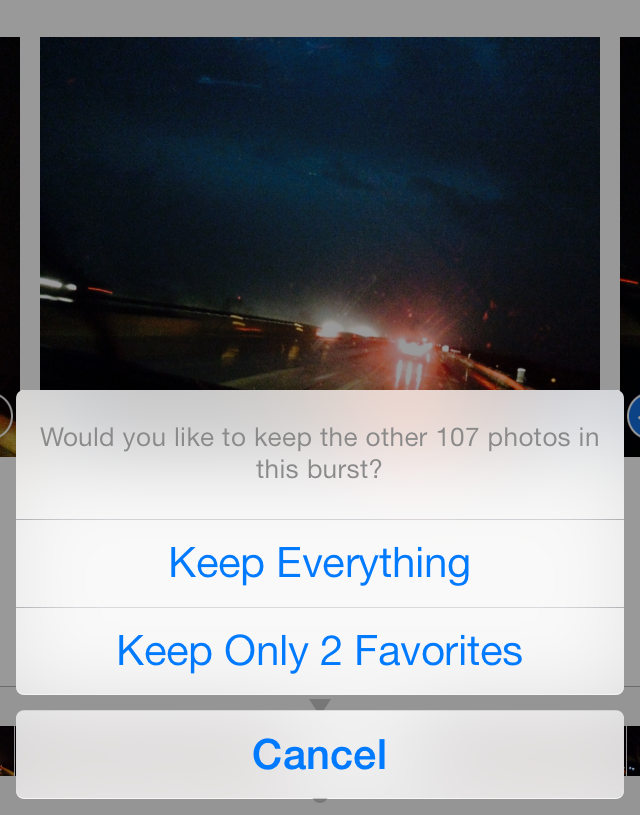 It’s only been a month or so since Apple seeded iOS 7 to the public, and it’s already posted 3 updates. Now, these updates haven’t been very significant in terms of new features, but they have include several bug fixes and improvements.

In fact, one of those improvements only just came to light. GottaBeMobile reports today that with iOS 7.0.2, Apple quietly added Burst Mode enhancements to the iPhone 5s, making the feature more useful while helping save space…

“Apple delivered a new enhancement to the burst mode feature that is exclusive to the iPhone 5s. Users on iOS 7.0.2 and iOS 7.0.3 can pick their favorite photos and easily delete the rest.

Apple released iOS 7.0.2 on September 26 with a fix for a Lock screen security bug. Burst Mode was introduced in iOS 7.