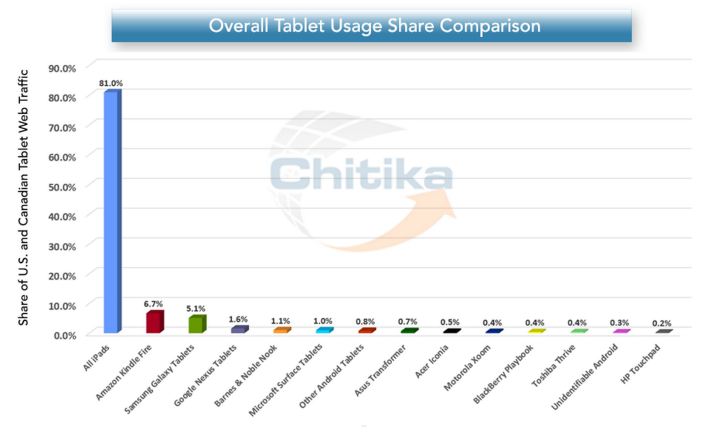 On Tuesday, just a few hours ahead of Apple’s iPad keynote, new evidence surfaced about how entrenched Apple’s device is in the minds of tablet users. Although Apple’s tablet has undergone a number of updates, the old iPad 2 remarkably still accounts for the vast majority of U.S. and Canadian web traffic.

That’s the word from ad network Chitika, showing iPads are 81 percent of North American tablet-based online traffic. The next closest competitor is the Kindle Fire from Amazon, nipping at Apple’s heels with 6.1 percent. This is the second report in as many days showing even the oldest iPads dominate all contenders…

As the chart above shows, aside from the iPad, other tablet makers are scrambling for the minutest crumbs. Samsung’s family of Galaxy tablets sits in third place with 5.1 percent of North American tablet traffic. The Google Nexus tablet is in fourth with the Nook and Surface hanging on for dear life, per Chitika data.

Gigaom notes Chitika’s numbers “may be more weighted with ad customers on iOS devices compared to those on Android.” We’ve written how both advertisers and ad consumers seem to prefer the iPad. 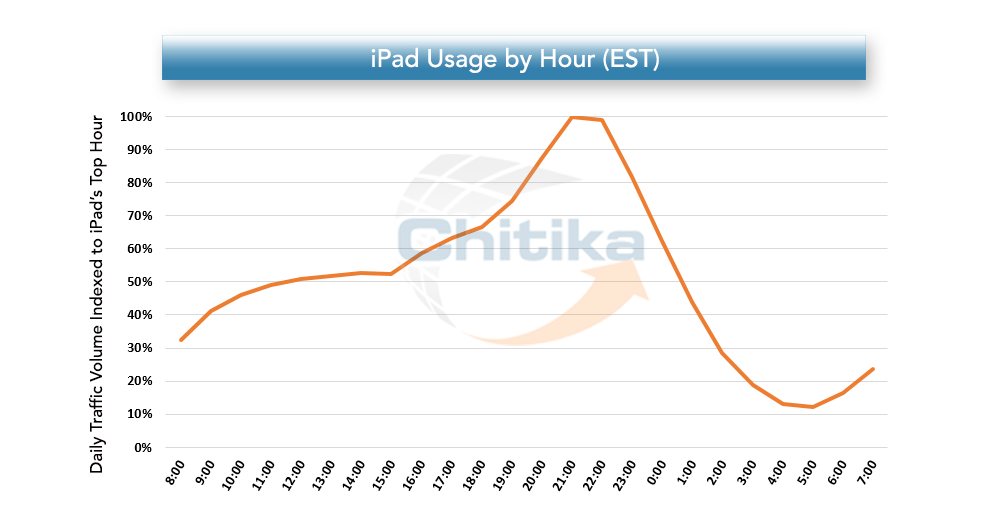 If you’re wondering just why Apple continues to sell the two-year old iPad 2 after announcing the new iPad Air and iPad mini with Retina display, new research from Consumer Intelligence Research Partners (CIRP) will enlighten you.

According to CIRP data obtained by AllThingsD, the iPad 2 accounted for 22 percent of the iPads sold in the U.S. during the September quarter. This is due to the iPad 2’s popularity with education and corporate customers, CIRP noted. Also, iPad mini sales comprise approximately one-third of total iPad sales. 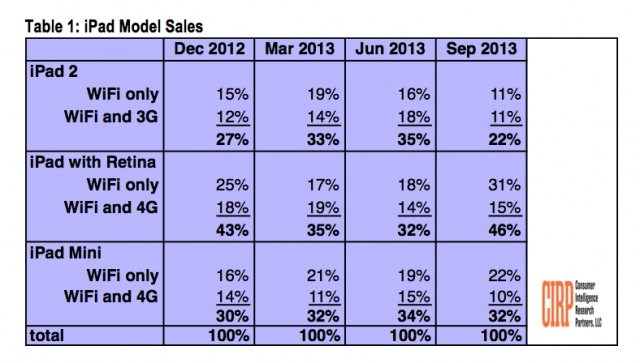 We are starting to see the life cycle of iPad ownership.

Unlike phones that are primarily linked to two-year contracts, iPads have no expiration date. In that way, they are more like computers, or iPods, or televisions — an electronic device that can last a long time, and when you ‘outgrow’ it, you hand it down or find a secondary use for it.

These figures appear to be supported by an earlier report by Localytics.

The survey found the iPad 2 still had 38 percent of the iOS tablet market share. The iPad mini, by comparison had just 17 percent. 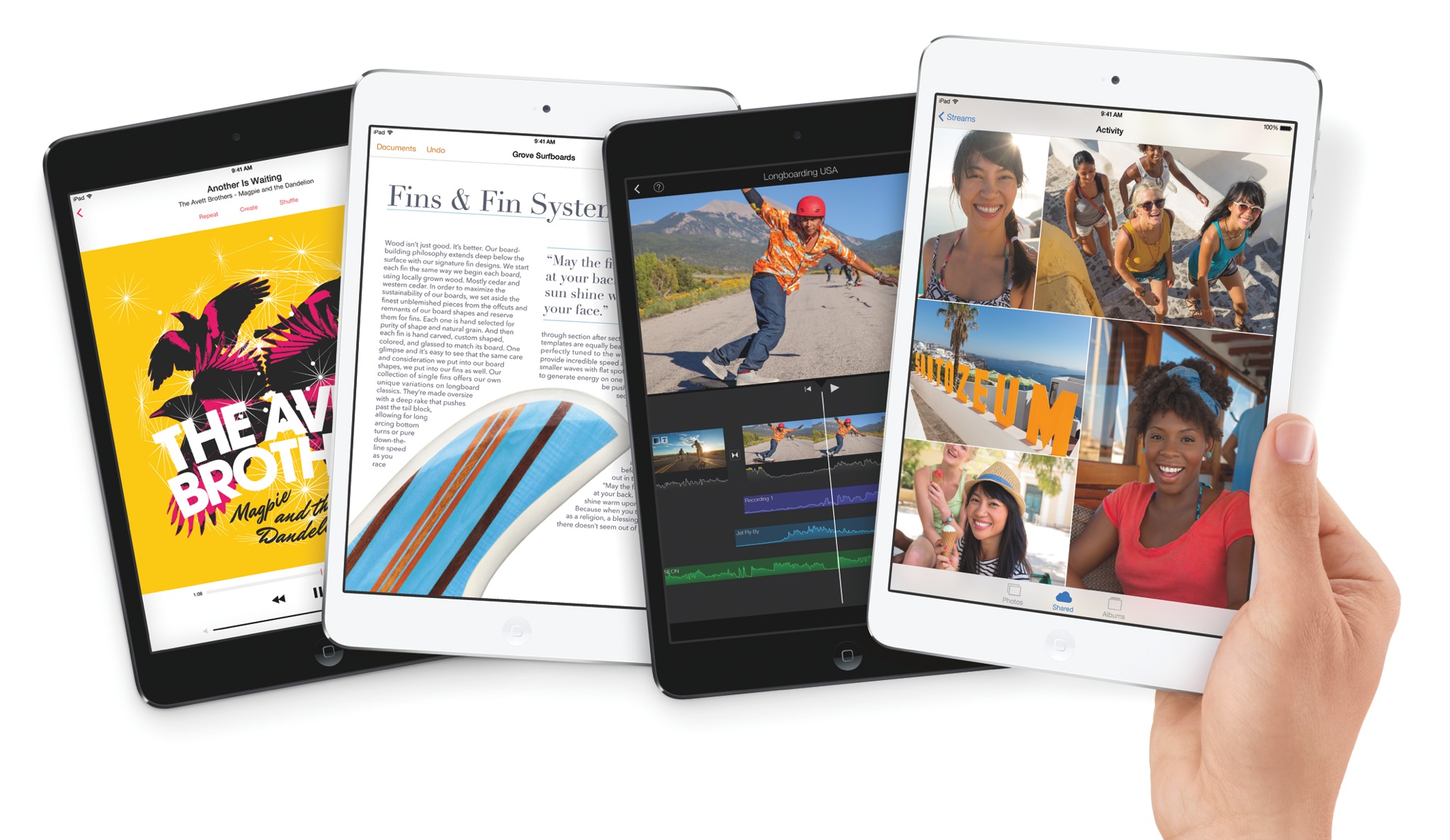 The findings echo similar research that has found the iPhone 4 and iPhone 4S still are among Apple’s best-selling smartphones, despite the introduction of three newer handsets in the meantime. Consumers may not feel that newer Apple products are radically different from previous iDevices, Localytics suggested Monday.

This lack of consumer enthusiasm to climb aboard the upgrade bus may also account for the rush by U.S. carriers to offer more-frequent device upgrades.

The reports that older Apple devices retain their value for consumers also brings up the old saw about leading a horse to water. While Apple and its carrier partners can beat us over the head with new features, better devices and sexier ads, you can’t force consumers to upgrade from a product they see as good enough.

There is also the fact that North America is maturing both figuratively and literally.

Almost everyone who wants a smartphone has one.

The second issue is that the market is graying – getting older.

How long can you play to the wow factor, the sexy factor, the gotta-have-it-today factor when increasingly, consumers are wearing a ‘been there, done that’ T-shirt?