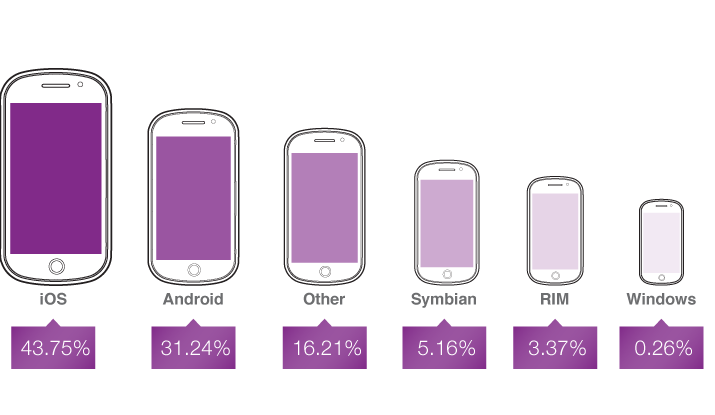 Next to developer allegiance, where advertisers are spending their mobile ad dollars could be the most significant sign of whether Apple or Android is winning. New numbers out today show Apple’s iOS is trouncing Google and it is the iPad that’s leading the way. Indeed, the Apple tablet was the target of more than 91 percent of mobile ad impressions.

What’s more, despite a near neck-and-neck race in terms of ad impressions on smartphones, the iPhone outperforms Android handsets for hauling in ad revenue. For example, while Android smartphones deliver 30.5 percent of mobile ad impressions, the platform receives just 27.7 percent of the revenue.

By comparison, although the iPhone receives 30.8 percent of impressions, it gets 36.44 percent of revenue, according to a mobile ad analytic firm Opera Mediaworks…

“Overall, iOS is the clear market leader in both impression volume and revenue generation, capturing nearly 44 percent of all ad impressions and almost half of all revenue,” the company announced in its State of Mobile report.

While iPhone, iPad and iPod touch devices together had 43.7 percent of ad impressions, the Android platform captured 31.2 percent, with the ‘Other’ category getting 16.2 percent, followed by Symbian at 5.1 percent, BlackBerry at 3.3 percent and Windows at a paltry 0.2 percent. 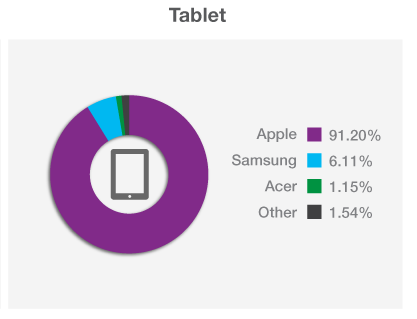 As we noted, iOS and Android are in a virtual tie in terms of the share of ad impressions.

However, Apple’s iconic smartphone “still triumphs in terms of monetization,” according to Opera Mediaworks. What’s more, when it comes to Android tablets, “their market share is still almost imperceptible.”

Just how small a piece of the mobile ad pie does Android own?

Apple has a whopping 91.2 percent of ad impressions.

Samsung is a distant second with just over 6 percent. 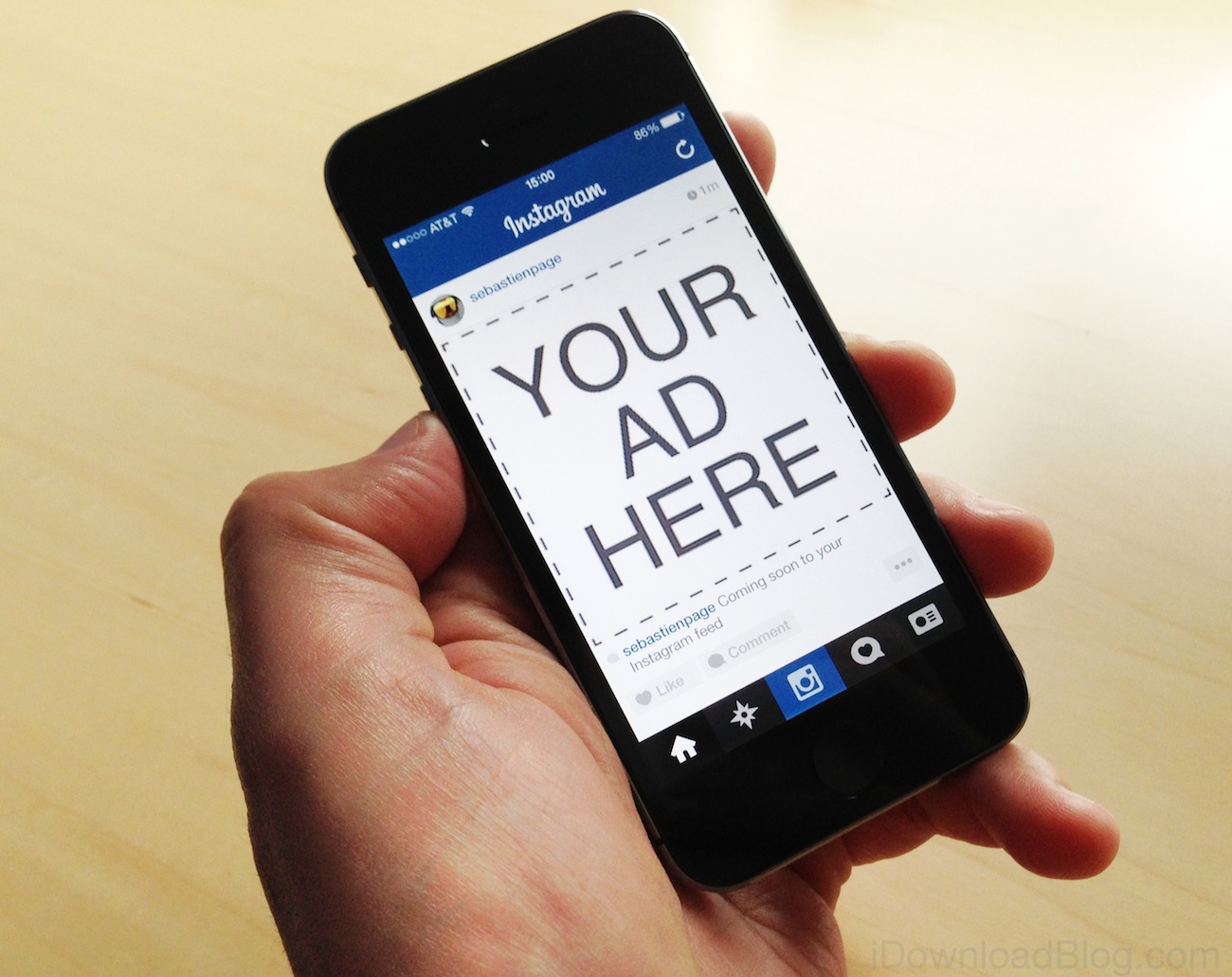 In fact, the South Korean company accounts for 58.45 percent of mobile ad impressions delivered to Android devices. HTC is the No. 2 Android manufacturer in terms of ads, delivering 10.8 percent of ads from devices powered by Google’s software.

Another intriguing nugget from the ad study is in-app ads are preferred by users more than mobile web ads. In-app ads were clicked-on 1.5 percent of the time, versus 1.1 percent for mobile web ads.

Likewise, in-app ads performed 1.7 times better than mobile web alternatives. Although mobile users tend to be more receptive to in-app ads, mobile web ads remain slightly popular with advertisers by a 3:2 margin, according to the report.

Do you tap on ads in iOS apps?

And are ads a nuisance or do they augment your experience?