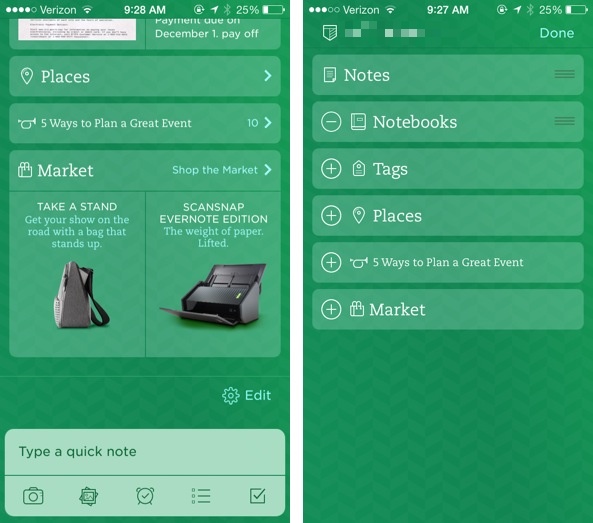 If you’re an Evernote ninja with a premium account, then one of your biggest gripes about the redesigned iOS 7 compatible app has no doubt been with its homescreen layout. Prior to the 7.1. update, Evernote users could in no way, shape, or form, alter the layout of the homescreen.

As a free user, this would be understandable, but as a paying premium customer, it’s a bit frustrating to have to look at Evernote’s homescreen, which contains advertising, every time the app is opened. The good news for us is that Evernote has realized the mistake, and has brought editable homescreen layouts to its latest update.

This is an effective way to remove Evernote’s market section, and its announcements section from primary view. It should be noted, though, that even when you remove these sections from the list, they are still present as smaller much less noticeable links beneath your other items. Although it would have been nice for Evernote to allow paying customers to completely remove these sections from view, I understand the business and think it’s a fair compromise. 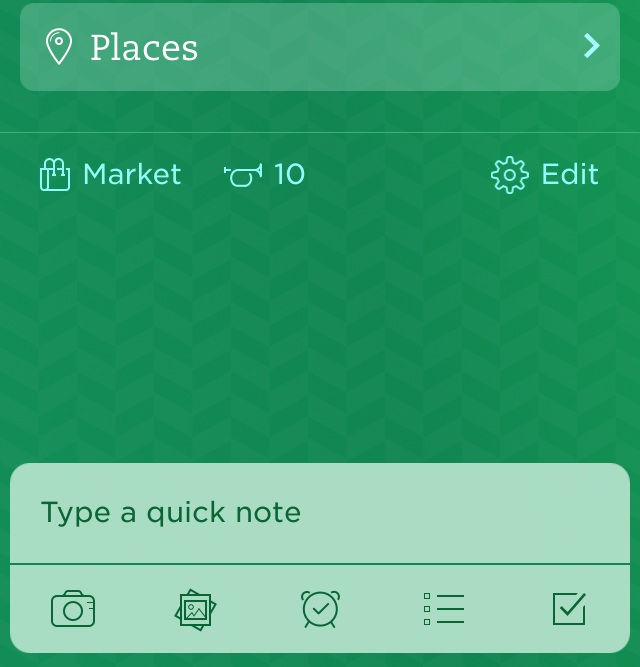 As a hardcore Evernote user residing in a paperless household, this is something I’ve been complaining about ever since Evernote dropped its iOS 7 compatible app. Obviously I wasn’t the only one who felt this way about the homescreen, as that’s evident by Evernote’s quick turnaround to resolve the matter.

Along with the updated homescreen layout, Evernote has added the ability to see your notes displayed on a map via its Places view. Interestingly enough, that section can also be completely hidden using the app’s new layout editor.

Evernote 7.1 is available right now on the App Store for download. Remember, if you’re not a premium customer, then you will not be able to take advantage of the new editable layout, but you do get to use the new Places feature. Let me know your thoughts in the comments below.