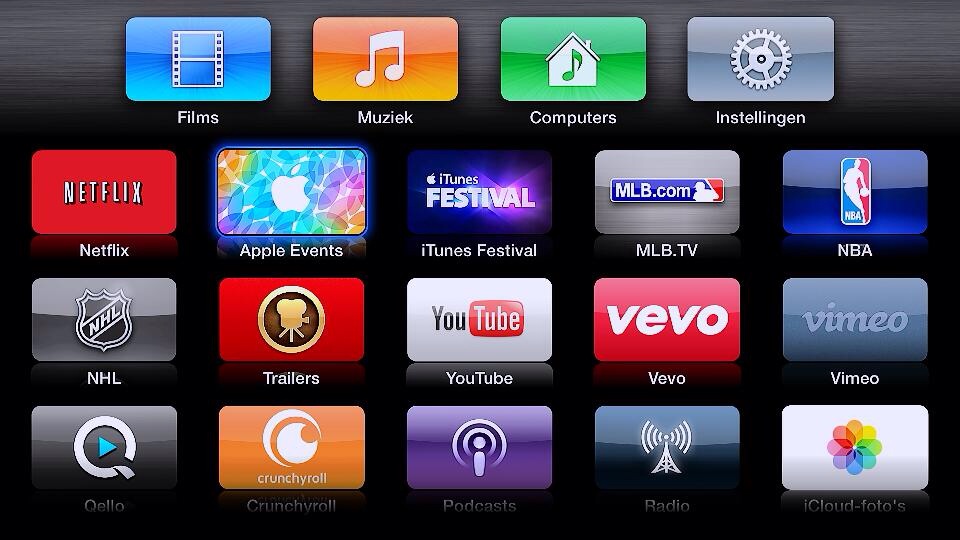 It looks like Apple will provide a live stream of today’s iPad event after all as Apple TV owners report that the Apple Events channel has been updated on their $99 set-top box to reflect Apple’s invitation graphics.

“Watch the special event held at the Yerba Buena Center for the Arts Theater in San Francisco, CA,” the event listing reads.

Additionally, the company will be live-streaming the show to iOS devices and Macs through the new October 2013 event section on its Apple Events web page…

According to Apple, live streaming video requires Safari 4 or later on OS X v10.6 or later or Safari on iOS 4.2 or later. Streaming via Apple TV is supported on the second or third-generation Apple TV with software 5.0.2 or later. 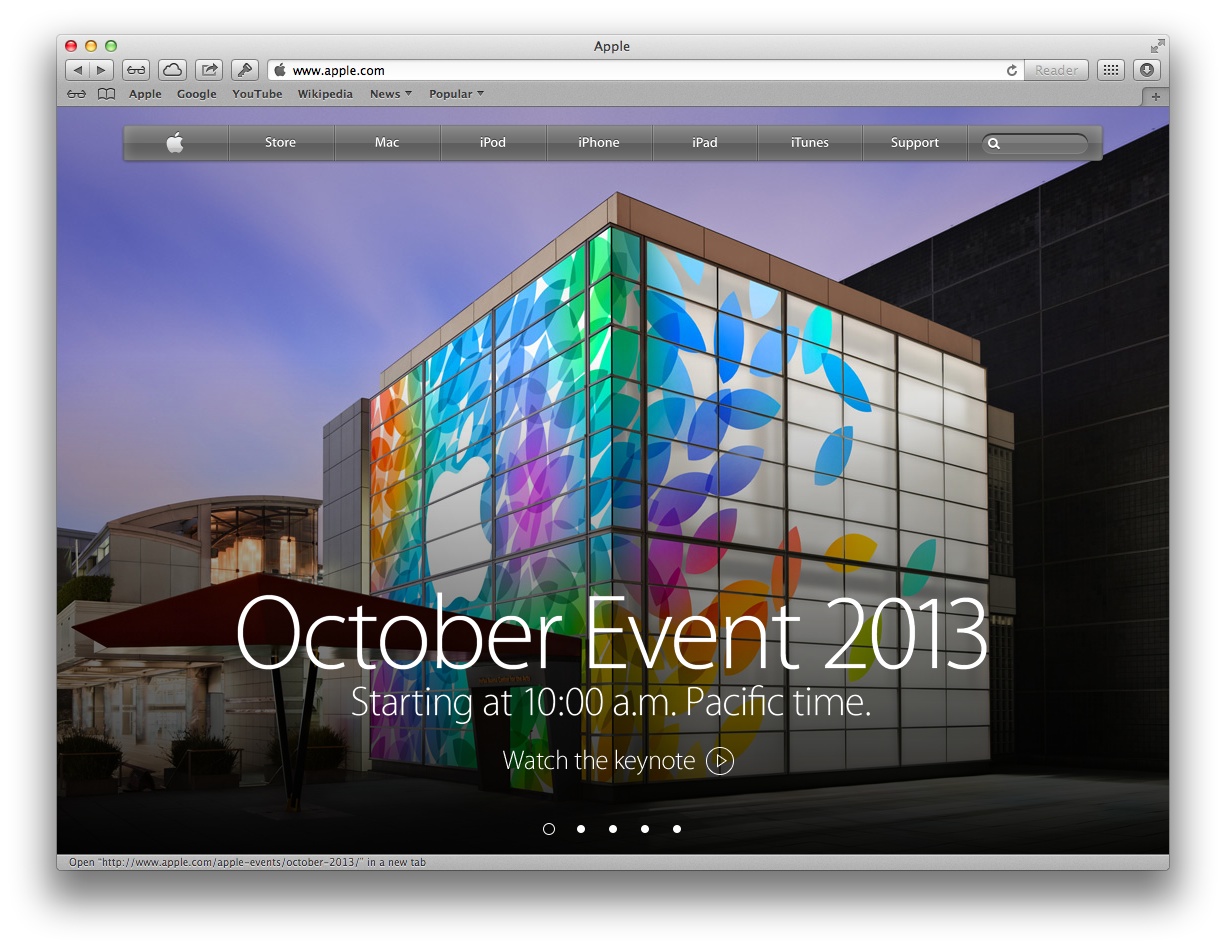 Apple typically live-streams major events, but not as a rule of thumb.

Last month’s double iPhone announcement, for example, wasn’t live-streamed so fans had to wait for the video replay to go live a few hours after the event had wrapped up. 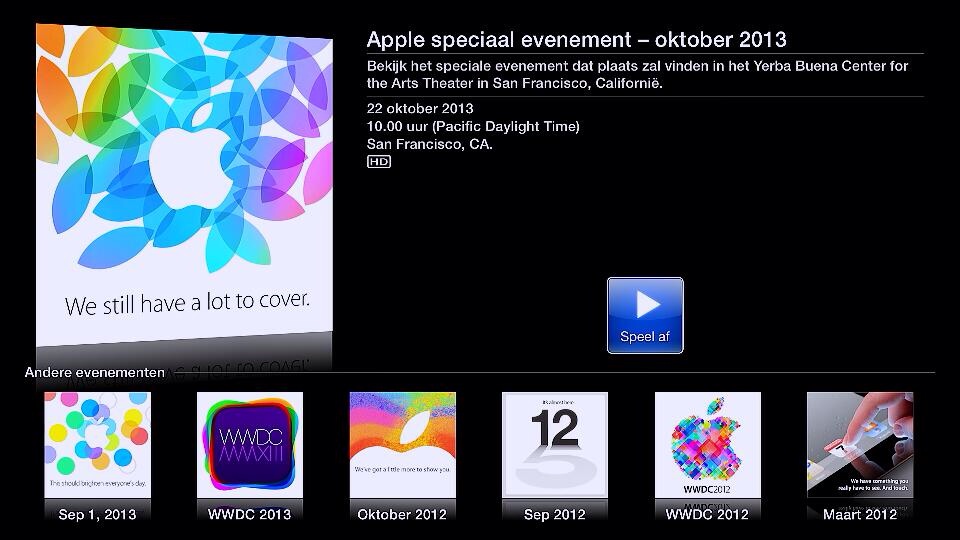 Here are keynote times for our international readers:

Apple will also host  simultaneous satellite feeds for members of the international press in London, Berlin, Tokyo and Beijing who couldn’t make it to San Francisco.

iDB is ready for the show and our team of writers will be delivering coverage and interesting tidbits throughout the day so check back often for the latest in iPad news.

As you count the remaining hours until the big reveal, check out our iPad event roundup for a sense of what to expect from today’s presentation.