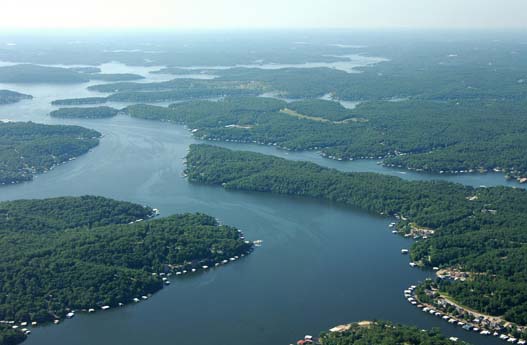 U.S. wireless carrier AT&T today announced that its fourth-generation Long-Term Evolution (LTE) network is rolling out to the Lake of the Ozarks in Missouri, as part of its ongoing rollout across the market which began with 4G LTE launch in Jefferson City in April.

Last week, AT&T’s LTE expanded in a bunch of new markets in the United States and I have a quick breakdown for you waiting just below the fold…

The Lake of the Ozarks, the 14,000 square mile (36,300 square km) area stretching across Missouri’s Benton, Camden, Miller and Morgan counties, has the nickname ‘The Magic Dragon’ due to the serpentine-shaped lake.

The area is home to the Lake of the Ozarks State Park and the Ha Ha Tonka State Park on the Niangua Arm of the lake. These state parks are also home to Party Cove, a rowdy gathering spot, and with more than three million people visiting the lake annually, AT&T’s move makes much sense.

AT&T’s LTE service is great news for the Lake of the Ozarks residents and businesses. As a small business owner, I know how important access to the latest technology is for business owners of all sizes.

The launch of this service in the Lake of the Ozarks area is going to help entrepreneurs, small businesses and hardworking citizens connect to critical resources that can help improve and enhance their lives and their business.

All told, the company says it invested nearly $250 million in its wireless and wired networks in Missouri during the first half of 2013 and north of $2.15 billion from 2009 through 2012.

As most people are probably aware by now, the 4G radio technology allows for up to ten times greater download speeds versus your typical 3G network.

A week earlier, the telco rolled out 4G LTE to eleven new markets.

As of September 26, AT&T had its 4G network covered over 240 million people in over 400 markets in the United States. AT&T will release September quarter earnings in a few days and we expect updated stats on the 4G LTE deployment front.

Rival Verizon Wireless today said it activated 3.9 million iPhones on its network during the three-month period ended September 30, representing more than half of all smartphone activations throughout the quarter.

Verizon’s LTE now covers more than 99 percent of its current 3G network footprint and is currently available to more than 303 million people in more than 500 markets across the U.S., representing 97 percent of the nation’s population, the Big Red carrier said.

As for iPhone sales at Apple, the company is scheduled to release September quarter earnings on October 28. Previously, Apple announced nine million iPhone 5s/5c sales on the launch weekend.