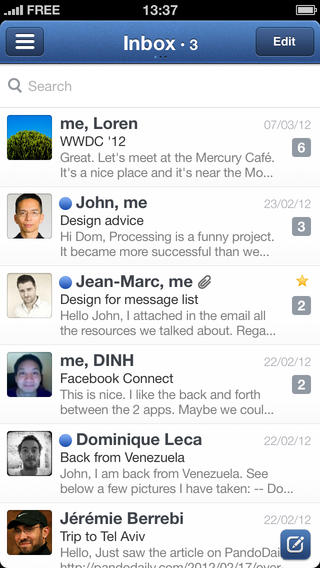 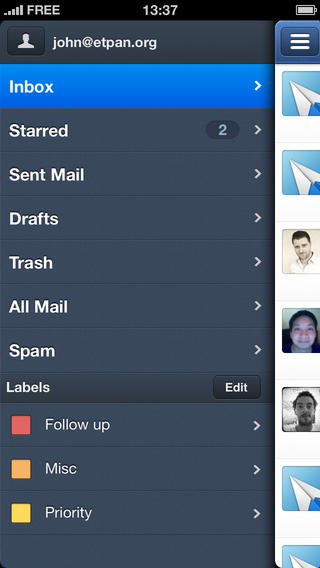 Sparrow, the Google-owned email client for the iPhone, iPod touch and iPad, has seen very little changes in the features department since the Internet giant acquired the startup in the summer of 2012.

Matter of fact, the search monster has passed on the opportunity to update Sparrow following the September 18 iOS 7 launch with the new visual appearance.

That said, today’s minor refresh leaves a lot to be desired. Aside from the redesigned flat app icon, Sparrow version 1.3.5 contains no new features and it still has the same old user interface that doesn’t take advantage of the new iOS 7 visual appearance…

That, and compatibility fixes for iOS 7 are the only changes cited in the app’s changelog.

You can download Sparrow for $2.99 from the App Store.

Unlike the more popular Mailbox (now a Dropbox property) which supports only Gmail accounts, Sparrow features full IMAP and POP support plus a number of goodies such as unified and priority inbox, attachments, Facebook integration for contact faces, built-in web browser and much more.

Too bad Google won’t be adding new features as they folded Sparrow developers into its mobile Gmail software team. The last major Sparrow update dates back to November 2012, when the team enabled support for the iPhone 5’s taller screen and Apple’s Passbook digital tickets.

Are there any active Sparrow users out there?