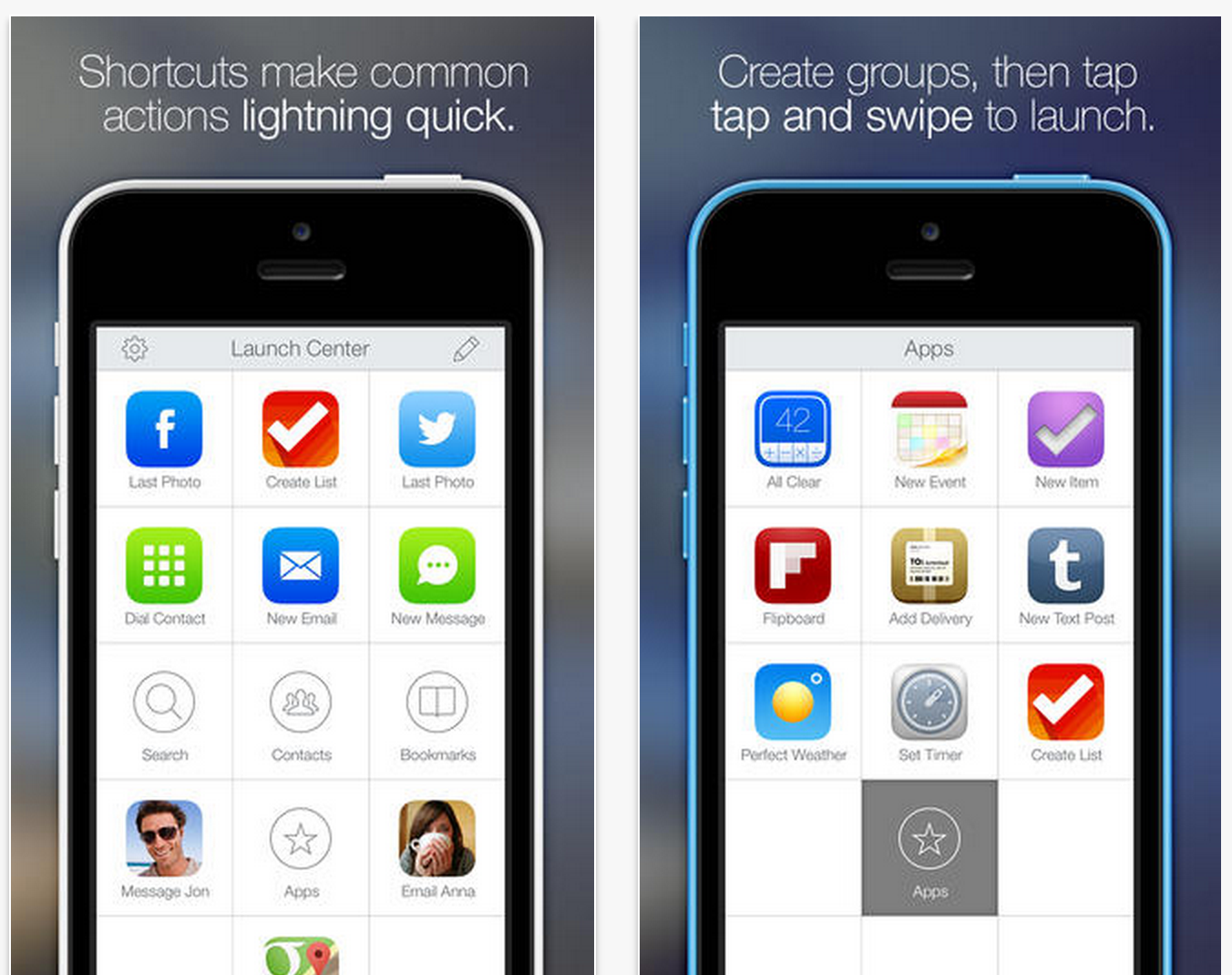 It’s funny because it seems like every time we mention the app ‘Launch Center Pro’—it received a big 2.0 update last week—and what it does, people ask: “how is it able to do a lot of what it does without infringing on Apple’s guidelines?”

Well as it turns out, it can’t. According to Contrast developer David Barnard, Apple called the team to let them know that Launch Center Pro is using ‘undocumented app URLs,’ and has asked that it remove them for at least 7 iOS apps…

Here is Barnard, in a series of tweets, via MacRumors:

Apple called to let me know that we are using “undocumented APIs” in @launchcenterpro and that we need to remove certain Apple app URLs.

The URLs will still work, but we have to remove Calendar, FaceTime, FaceTime Audio, GameCenter, Music, Passbook, Videos, Reminders, and iTMS.

To be clear, these URLs will work just fine unless Apple actually removes them from their respective apps.

All of those URLs have one thing in common, they are apps that ship with iOS. Apple apps in the App Store seem to still be fair game.

And to be fair, those URLs *are* technically undocumented. I’m not even sure how they were discovered by people who shared them with us.

For those who haven’t used Launch Center Pro, it’s essentially a customizable dial pad that allows you to launch apps and perform actions with a single touch. Ex: “Search Twitter using Tweetbot” or “Search Yelp for nearby coffee shops.”

At the moment, the app uses hidden URLs to quickly launch other applications. But Apple is saying that it can no longer do that—at least for the aforementioned stock apps, using URLs for third party applications still seems to be ok.

It’s worth noting that the changes, which Barnard says have already been made, won’t affect many users. Apple’s URL removal request only applies to a handful of stock apps—most of which didn’t even have corresponding actions.

Still, it’s interesting that Apple decided to step in now, almost two years after the app made its debut. At any rate, if you’d like, you can download Launch Center Pro, for the iPhone, from the App Store for $4.99.

updated to reflect new information from the developer