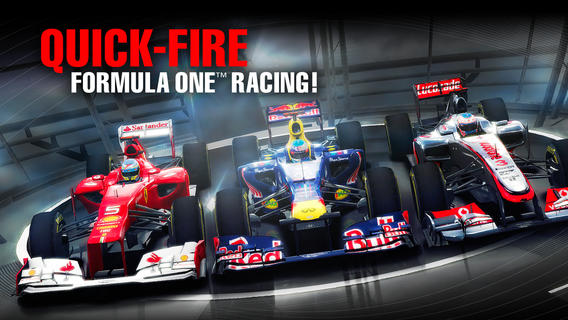 Fans of Formula 1 racing, rejoice! Games maker Codemasters today released F1 Challenge (a $2.99 download) on the App Store with more than 90 racing events. This is a licensed videogame so you’re getting the officially licensed cars from manufacturers such as Ferrari and McLaren, in addition to the drivers and teams from the 2012 season.

Use slipstreaming to hunt down your opponents, defend or attack with K.E.R.S. and sweep to victory in the racing line on official Formula One circuits.

Game Center achievements and leaderboards are supported and there are tons of unlockable Formula 1 facts about cars, teams, tracks, drivers and what not.

Check out a few more screenies below. 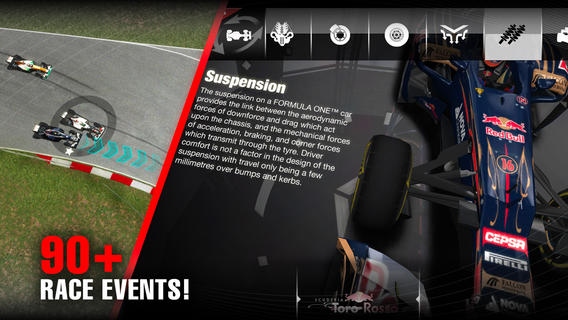 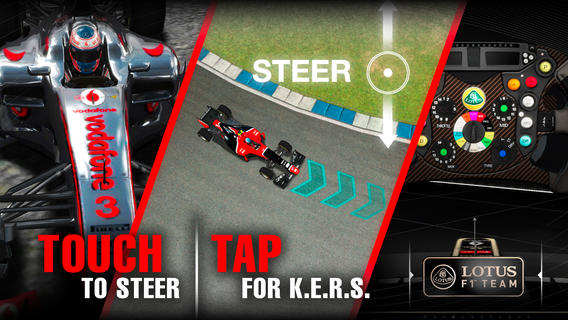 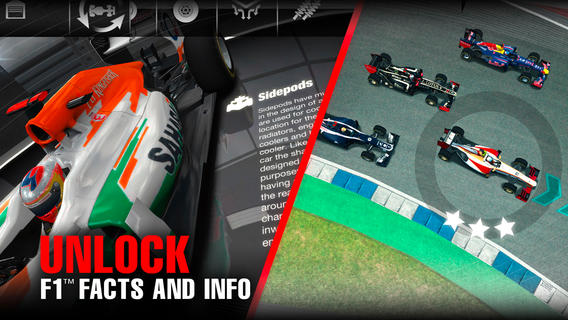 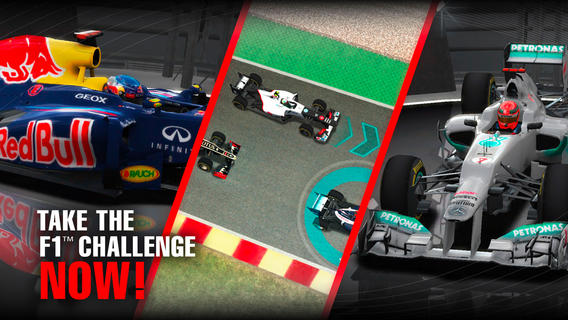 The 228MB download is optimized for the iPhone 5’s taller screen and requires an iPhone, iPod touch or iPad running iOS 7 or later (meaning iPad 2 or newer, iPhone 4S and up and fifth-gen iPod touch).

Pre-iOS 7 devices are not supported.

Codemasters advises restarting your device and and closing all other applications before playing for “optimal performance”. There are also a few in-app purchases available to unlock additional cars and seasons, but you should be able to enjoy the game in its entirety without spending a dime on these.

Codemasters back in June released a remastered PlayStation classic, Colin McRae Rally, on the App Store and yesterday updated its excellent XCOM: Enemy Unknown iOS strategy game with a brand new multiplayer mode, slashing the price in half.