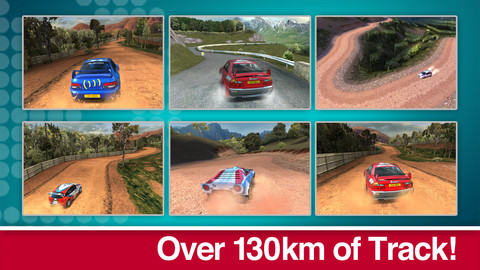 Avid iOS gamers may have noticed a promising pattern as a growing number of premium classics make their way into the App Store. Starting with XCOM: Enemy Unknown just a week ago and the upcoming iOS port of the award-winning Limbo game, we now also have the 1999 PlayStation racing classic Colin McRae Rally 2.0 (the second game in the series), which has been remastered for the iPhone, iPod touch and iPad devices as simply Colin McRae Rally…

Developer Codemasters says Colin McRae Rally has been perfectly tuned for iOS, down to Colin’s signature handling, as well as damage and physics model.

This is our first Rally game for these platforms, and we wanted to make tackling every turn and jump of the point-to-point courses on your mobile just as satisfying as playing on home consoles, so we went back to those early titles as inspiration to recreate an experience with the soul of the original but much more focused on what was at the core of the series, Stage Rally.

You can race your opponents in several game modes, including quick races, full rallies and Championships. Game Center leaderboards and unlockable achievements are fully supported. 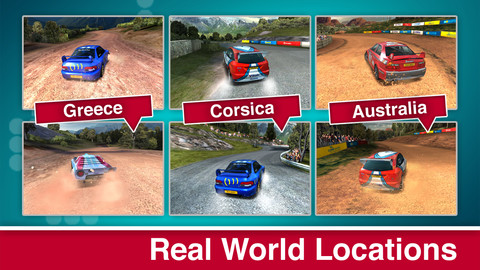 As if that weren’t enough, the game lets you customise the experience with different controls schemes and views. TouchArcade had a chance to spend some time with the game, here are their initial impressions:

After spending just a little while with Colin McRae Rally this game is heaps of fun. Rally racing by default features lots of drifting, jumps, and hairpin turns, and that’s all intact here.

But man, is it ever hard. One minor slip up can cost you dearly, and all the vehicles feature real-time damage that will affect your performance as you play.

Really learning the tracks and how to control your car is paramount to being successful. This is one of those racing games where you have to, like, brake and stuff. Just be prepared to have your skills really tested.

Colin McRae Rally for the iPhone and iPad will set you back five bucks on the App Store.

The 245MB download requires an iPad 2 or newer, iPhone 4S/5 or fifth-generation iPod touch. Codemasters recommends restarting your device after installing the game.