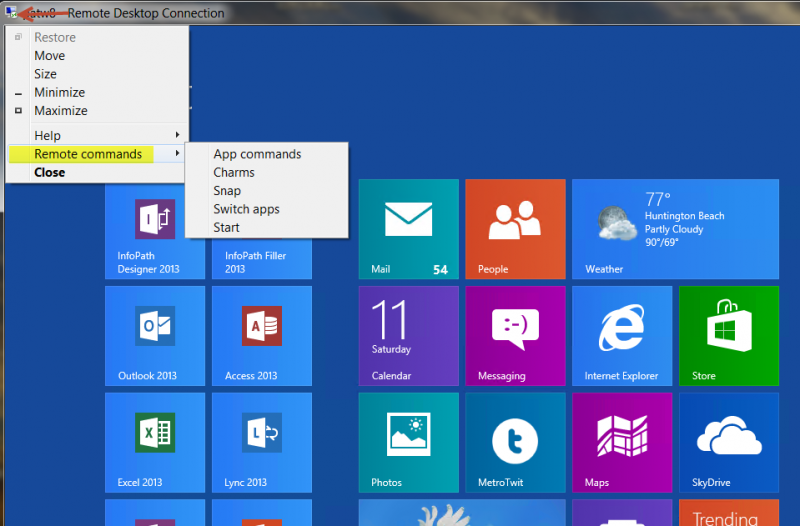 Remote Desktop Connection, often simply called Remote Desktop, is Microsoft’s implementation of remote desktop client and a Windows component allowing users to remotely log into a networked computer running the terminal services server as if it were accessed locally, with GUI and everything…

As Engadget discovered, the news was buried in Microsoft’s press release about enterprise cloud solutions.

Specifically, the release states that along with Windows Server 2012 R2, customers will be able to download the Microsoft Remote Desktop app from an app store near them “later this month”. In addition to Windows and Windows RT editions, the app will be available for iOS, OS X and Android as well.

The iOS version will require an iPhone, iPod touch or iPad running iOS 6 or above while its Android counterpart is said to support smartphones and tablets running Gingerbread and above.

The Remote Desktop software will allow for easy access to PCs and virtual desktops from your iPhone, iPod touch and iPad. Fortunately, seems it won’t be a pared down version of the desktop version, notes Paul Thurrott of Supersite for Windows:

Microsoft is very serious about enabling BYOD [Bring Your Own Device] by means of desktop virtualization. When you see the clients you’ll notice they are pretty sweet and not as basic or as ‘v1’ as you might expect.

The OS X Remote Desktop app provides even more functionality that you would expect from a ‘desktop app’. Think about ‘seamless windows’ or ‘applications portal’.

I’m using a solution called iTeleport to access my Mac desktop from my iPad and it works like a charm. The App Store carries a few nice remote desktop apps to access Windows boxes, such as Splashtop and LogMeIn Ignition.

If your home setup includes Windows PCs or you manage a mixed environment comprised of Mac and Windows PCs, Microsoft’s upcoming app should be a no-brainer. The software giant has also appeased to business customers by announcing that a new version of Windows Intune will be available October 18.

Windows Intune combines with System Center Configuration Manager, allowing IT managers to give company employees secure access to the apps and data on Windows, iOS and Android devices.