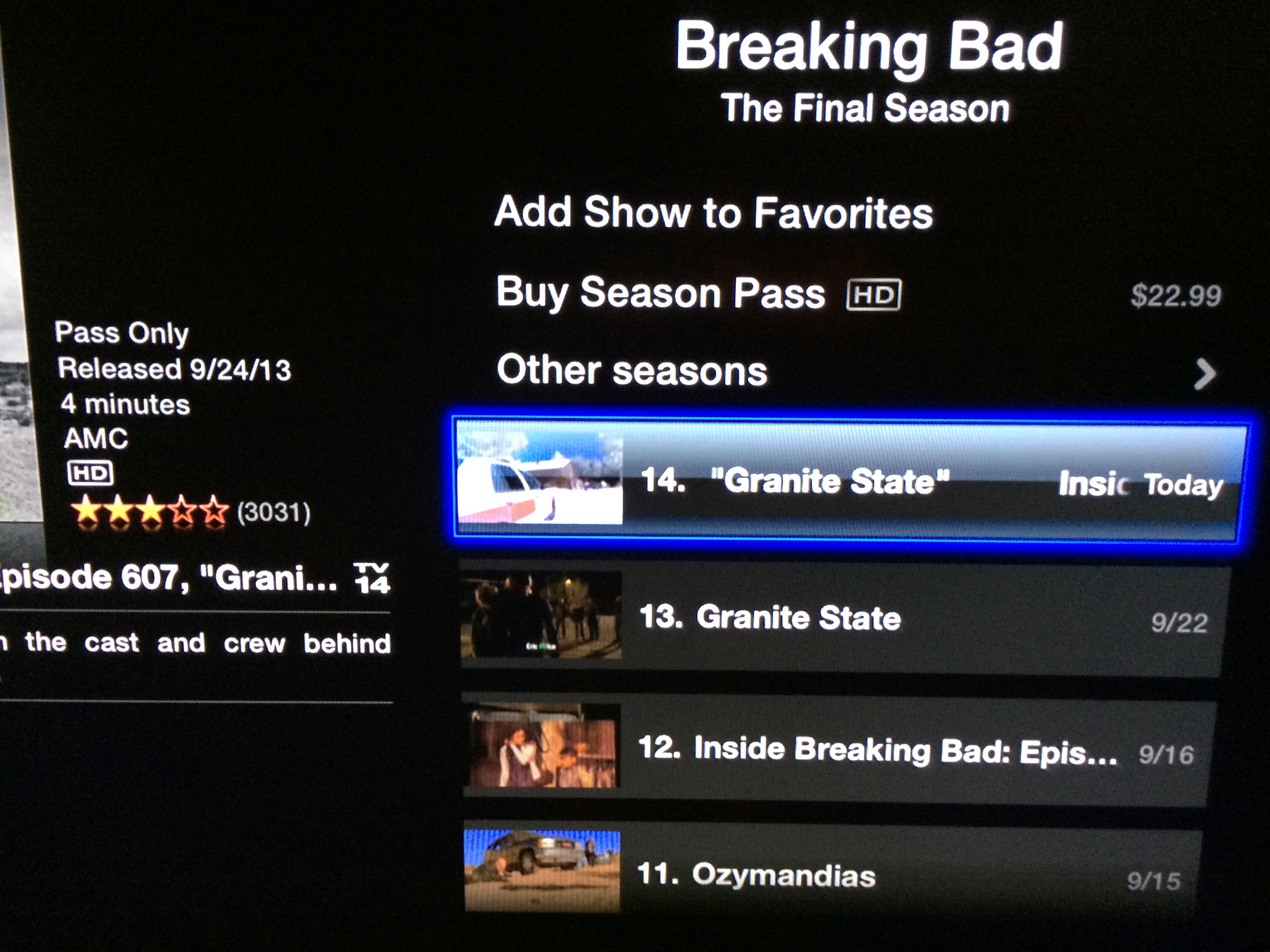 Apple began sending out emails yesterday to folks who purchased the final season of “Breaking Bad” on iTunes, informing them that they’d be receiving a credit for the series’ final eight episodes due to all of the confusion.

In August, fans of AMC’s hit drama were outraged when they discovered that the ‘Season Pass’ they purchased for the show’s final season was only good for the first eight episodes, and they’d have to pay again for the final 8…

We apologize for any confusion the naming of “Season 5” and “The Final Season” of Breaking Bad might have caused you. While the names of the seasons and episodes associated with them were not chosen by iTunes, we’d like to offer you “The Final Season” on us by providing you with the iTunes code below in the amount of $22.99. This credit can also be used for any other content on the iTunes Store. Thank you for your purchase.

I have to admit, that’s fairly generous of Apple considering the circumstances. Even if Breaking Bad’s Season 5 was split up into two parts, at $22.99 a piece, the total is still what you’d expect to pay for a popular TV show in HD.

Of course, it probably has something to do with the lawsuit that was filed against Apple earlier this month. An iTunes user in Ohio lodged the class-action action complaint, citing false advertising and unfair business practices.