It’s a situation we seem to find ourselves in with each iOS update, yet we always seem to be surprised when it happens. Alas, it seems that iOS 7 has left many of us with the same battery problems that plagued almost every other big point-0 release of the operating system that powers the iPhone and iPad.

Anyone with a long memory will remember that we had your back when iOS 5 was causing chaos with iPhone 4S batteries a couple of years ago, and with iPhones the world over seemingly unable to hold a charge as long as they used to, we thought it might be time to offer one or two tips on trying to eek as many hours out of a charge as possible.

So, without further ado, let’s get started turning things off…

As with all the other times we’ve found ourselves in the situation of trying to eek every last drop of battery life out of an iOS device, we’re left with two options. The first is to sit back and wait, charger in hand, while someone in Cupertino gets around to fixing whatever the issue is and releases an update. The second option, and our preferred one, is to go on a hunt for whatever might be draining the juice so quickly and promptly turn it off with extreme prejudice. With there actually being no guarantee that the issue is iOS itself, we’ll go with the second option for now.

We’ve put together a few tips to help you improved battery life on iOS 7. 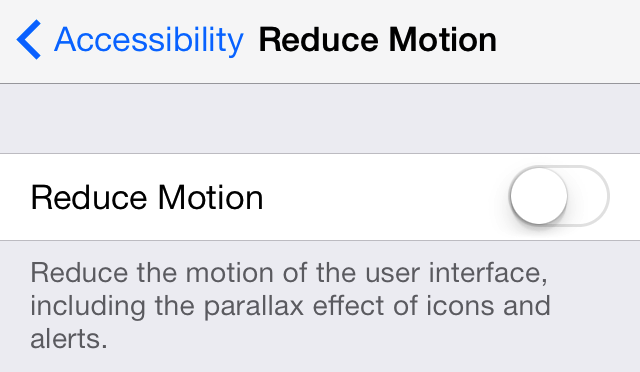 It may be one of the more striking parts of the iOS Lock and Home screen experiences, but the faux-3D experience that iOS 7 provides can, and no doubt does come at the expense of battery life. Making everything look like it’s moving around in 3D space isn’t something that comes cheap when it comes to clock cycles, and that means battery life is going to be affected. If you’re really serious about getting close to iOS 6 levels of battery longevity then you’ll want to get this turned off pronto.

You’ll find the switch for the parallax effect is hidden in Settings > General > Accessibility > Reduce Motion. 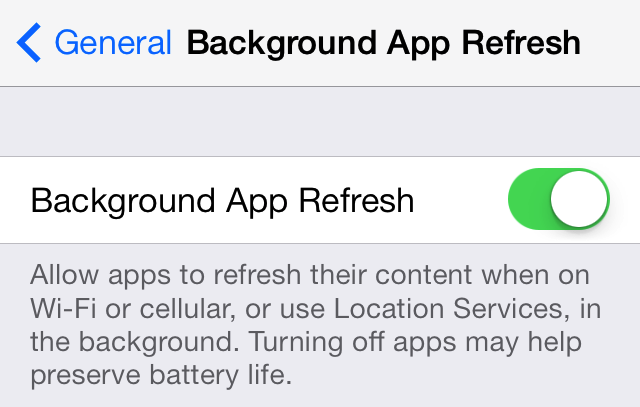 This is a real shame as far as we’re concerned, but we can’t help but think that the new background refreshing that iOS 7 enables is actually the biggest reason that some of us aren’t getting far past lunch time without having to dash to a charging outlet for fear of running out of juice.

One of our favorite promises from iOS 7 is the fact that we won’t need to keep opening our apps in order to let them refresh. OmniFocus 2 for example manages to keep up with its syncing duties in the background, even when it’s not running. That’s an awesome thing, especially in a to-do manager that syncs with multiple devices. The problem is, this surely has to come with its own battery draining complications. If battery is super important to you, then turning off the various background refreshing options has to be a good idea. Even if it makes iOS 7 less awesome in the process. 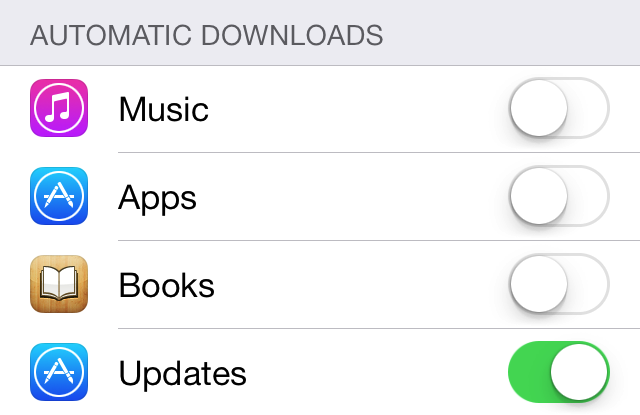 Just like the background refreshes, stopping iOS 7 from updating apps on the fly surely has to mean that a charge will last longer. It’s so obvious we were going to leave it out of this list, but one person’s obvious is another’s mystery, so it’s here.

You can turn this off in Settings > iTunes & App Store > Automatic Downloads. 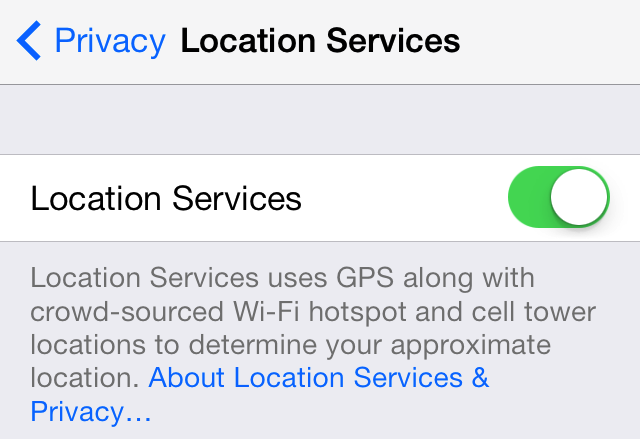 Ahh, location tracking. If you’re the kind of person that likes to sleep in a tinfoil hat or likes to encrypt everything from emails to your grocery list, then the chances are you’ve already turned the location tracking parts of iOS 7 off. If not, then doing so should stop both the operating system and apps from accessing the Wi-Fi and GPS chips to get your location, thus saving power. It’ll also mean that the NSA won’t know when you’re bunking off work early, which is nice.

Joking and paranoia aside, we told you that certain location settings were causing battery life issues when iOS 5 launched two years ago, so sifting through the settings could well yield positive results here too.

Turn off those magic wallpapers 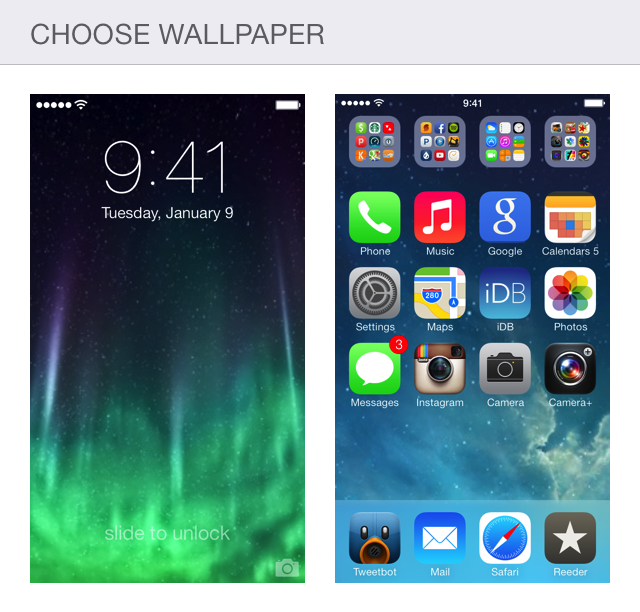 We’ve all done it, so it’s nothing to be ashamed of. In fact, we’d be surprised if anyone hadn’t given those new dynamic wallpapers a try at least once. Maybe even twice. But leaving one as a permanent fixture is almost asking for your iPhone to die long before the day is out. Turn it off. It’s what the grownups do.

To do so, go to Settings > Wallpapers & Brightness > Choose Wallpaper > Stills.

There are plenty of other little things that you can do to try and prolong your battery life. Disabling auto-brightness, turning the brightness down, force quitting games as soon as you’re finished playing them and similar generalities will help chip away at the iOS 7 battery life issue that some of us currently find ourselves in the midst of. At the moment we’re not sure that any one fix is available, so trying a few of these suggestions in unison is our best advice at this time. However, we do have a hunch.

Some of the iDB team have been using the iOS 7 betas since the first version was released after WWDC, and we’ve never witnessed battery life like we are experiencing right now. Even that first beta was considerably kinder to the old battery than this current release, so we have a sneaky suspicion that the issue isn’t with iOS at all. We think it might be with one of the apps that has had an iOS 7 shakeup over the last few days.

The talk on the internet is that the Facebook update is particularly hard on battery life, and until we know what Mark Zuckerberg’s cronies have got the app doing in the background we’ll just have to see how things pan out. We’d certainly be interested to hear if people are suffering battery problems without having Facebook installed and vice-versa, so let us know below. Of course, with Apple no longer signing iOS 6.1.4, there’s no going back no matter how bad battery life gets.

Obviously iOS 7 is considerably different to previous versions, and some of its new features are bound to eat into our battery life. As great as some of the multitasking features are though, we’d still like to be able to have a battery last long enough as to make the thing useful. With that in mind, we’ll be trying our hardest to find a solution.

If you find it first, be sure to let us know!