As someone who has been lucky enough to spend the last few months testing iOS 5 in various beta stages, it has to be said that the version we’re all currently enjoying has come a long way since the early days.

When Apple released the iOS 5 GM not that long ago, I instantly noticed that my iPhone 4’s battery life was lasting roughly half of what it was before. A coincidence, I thought. It’ll sort itself out, I presumed. After getting the iPhone 4S, the problem persisted. Twitter and forums on the web over lit up with similar problems, and a few fixes were suggested, mostly to no avail.

There may be light at the end of the tunnel. Switching one little toggle in iOS 5’s Settings app may hold the key to curing your iPhone 4S battery…

Head over to Settings, then Location Services, and finally System Services. Right at the bottom you’ll find a toggle switch for “Status Bar Icon.” Switch that on, and watch to see if your location icon pops up in the status bar. If it does, we might be on to something. If not, well, follow the rest of the guide just in case. 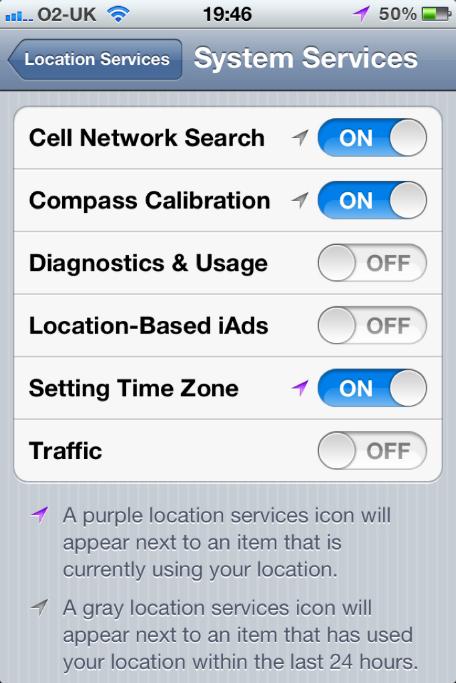 The second part of the test requires you to now switch off  “Setting Time Zone.” Did the icon disappear? I’m betting it did, and if that’s the case, you’re in luck.

See, it appears that iOS 5’s GM release introduced a bug that causes the Setting Time Zone function to keep the location tracking circuitry running constantly, draining battery power considerably. Switching it off may mean that your iPhone will no longer set its own time zone when you travel, but that’s a small price to pay for having your iPhone last more than 12 hours on a full charge.

Leave the rest of the location settings on. There’s no need to cripple such essential functionality, and it appears that the Setting Time Zone option is the one that causes the hit on battery life.

We have tested this method on 4 different iPhone 4s handsets, including an iPhone 4 and an iPhone 3GS. All have reported drastically improved battery life after switching “Setting Time Zone” off.

Interestingly, there appears to be no rhyme or reason as to why some handsets seem to have the issue, with not all iOS 5 installations apparently causing the bug to manifest itself in the same way. As I said earlier, it’s still worth switching the setting off just in case, and we’ve had one or two reports of it making a considerable difference, regardless.

So what kind of difference are we talking about? The screenshots below, taken using my own iPhone 4S before and after the change, tell their own story. 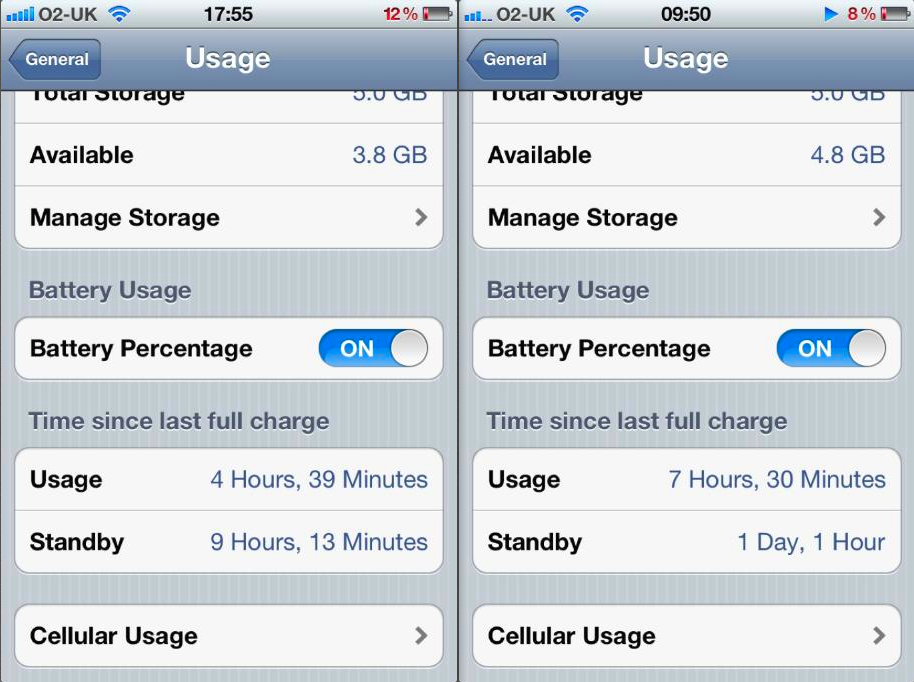 We’ve had very similar stories from other people around the globe as well.

Special thanks must go to Jon Honeyball of PC Pro fame for the original idea that got all our testing underway.

Give this a try yourself and let us know the results. If this doesn’t work, you can always read our 10 ways to save battery life. As always, your mileage may vary.