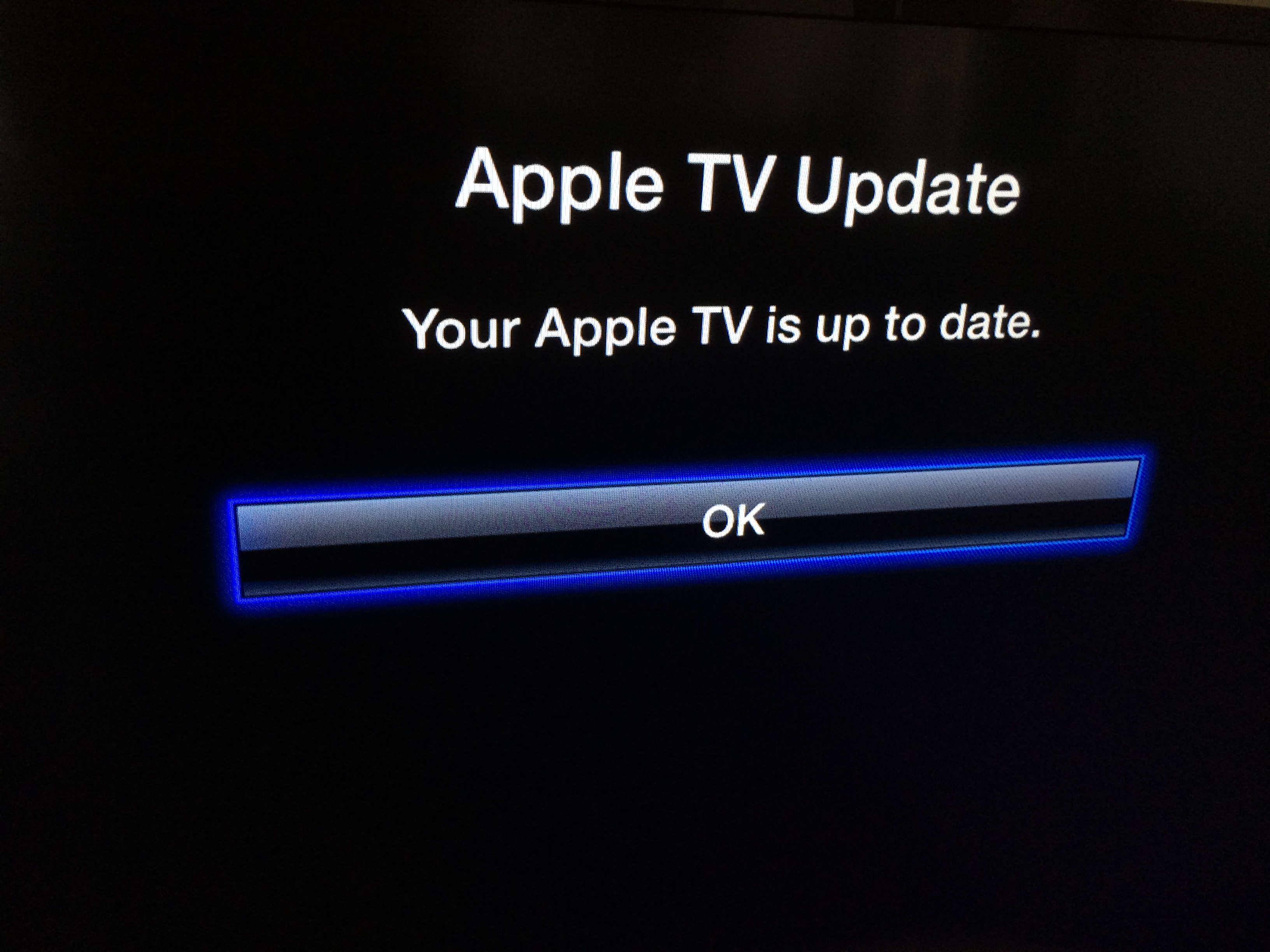 I was met with disappointment yesterday, when I turned on my Apple TV to download and install the new 6.0 update. The set-top box, which is still running ATV software version 5.3, told me that my firmware was already up-to-date.

And apparently, I’m not the only one experiencing this issue. I guess in addition to support for iTunes Radio, AirPlay from iCloud, and iTunes music purchases, the software also included several bugs. Because Apple just pulled it…

9to5Mac notes that Apple took down the on-device update last night, following a series of reports of botched updates that either required users to completely restore their Apple TVs or permanently bricked the device after installing.

The site goes on to point out that some users are still seeing the update, and it’s still available for download on Apple’s website. But given the aforementioned issues that are being reported, we’d probably recommend holding off for now.

We imagine it won’t be too long before Apple fixes the issue and re-uploads the 6.0 software, or perhaps a .01 or .1 update. But either way, we’ll be sure to let you know as soon as something is available.