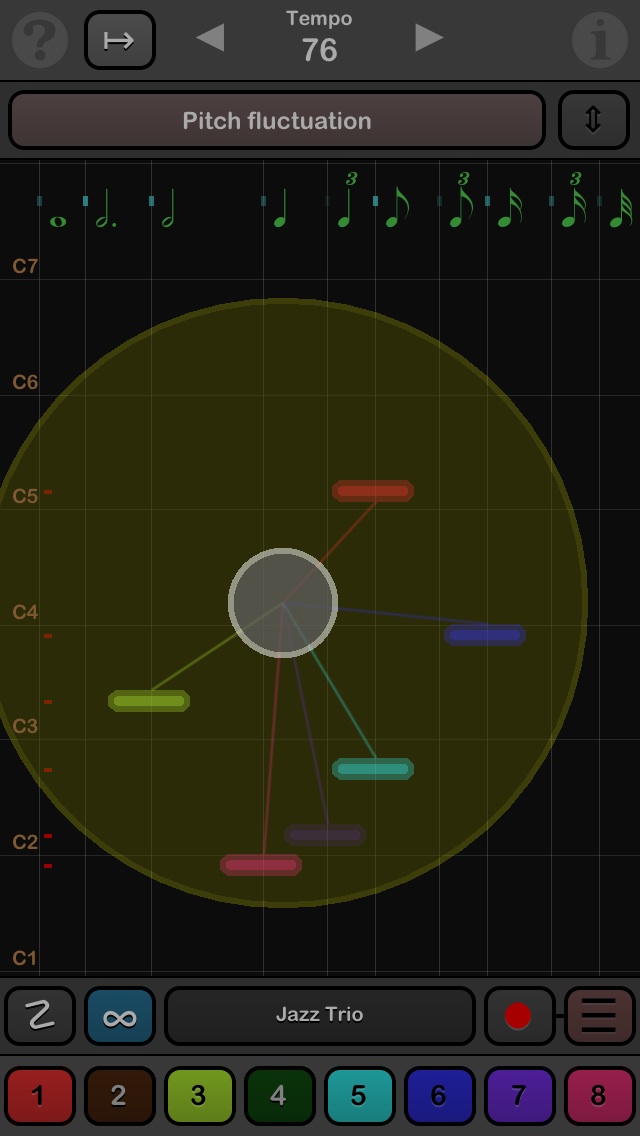 In the current age of technology, a person doesn’t have to be a musician to play music. From fake guitars that play chords when you tap the screen to deeply technological wave table synthesizers, the iPhone has made it possible for anyone to write, record, and perform songs like a pro.

Gestrument LE is a music app that lets you create interesting and beautiful songs just by dragging your finger across the screen of your iPhone. We go hands on as we review the app…

While it looks highly technological at first, the screen is very simple. There is a faint grid on a black screen with a set of numbers and a few additional buttons at the bottom of the screen. The center of the screen features a pulsing gray circle with a slightly larger yellow one surrounding it. There are a couple of colorful rectangles stretching out from the circle. It all looks fairly mathematical, but it is not.

This app is designed to make it easy for anyone to make music. Simply touch the screen and drag your finger around to create a song. There is much more to it, but the basic idea is that you can make music by moving the circle across the X and Y-axis of the grid. 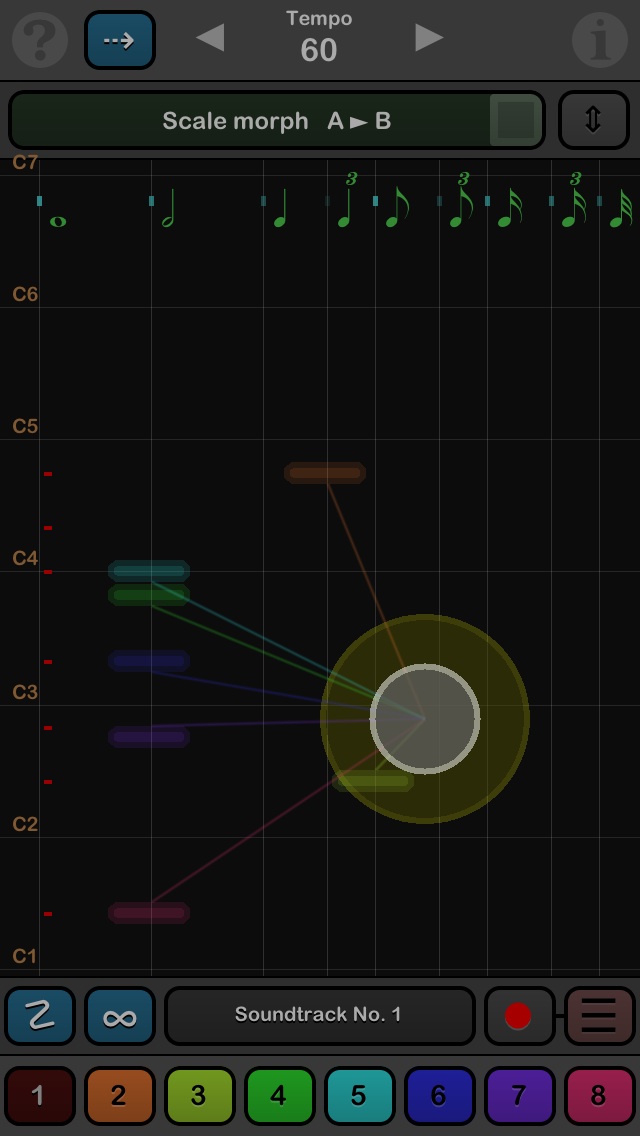 To start making music immediately, touch the screen. You’ll hear the default preset play, a premade melody as you move your finger around on the screen. Each instrument has a designated note, pitch fluctuation, and rhythm. When you move around on the screen, the instrument reacts to its coding. The flute may change between two or three different notes on the C scale with a particular rhythm, while the piano will stay on a single note with a regulated, pulsing rhythm. Together, they make a melody that you may never have thought to write on your own. You can change the pitch of the note when you move up and down on the X and Y-axis and increase or decrease the speed of the rhythm when you move from left to right.

You can alter the loudness of a new note by stretching the outer yellow circle. The closer the two circles are in size to each other, the softer any new note will be.

To have more control over what the presets do, tap the slider at the top of the screen to access the Scale Morph, Pulse Density, Pitch Fluctuation, and Rhythm Randomness.

All of the songs that you create with this app can be recorded and shared with others through AudioShare or by sending it as a .MID file through email.

There are 26 presets that you can fine-tune and manipulate to your personal taste. If you have confidence that you can create your own presets, you can download the full version for $7.99. 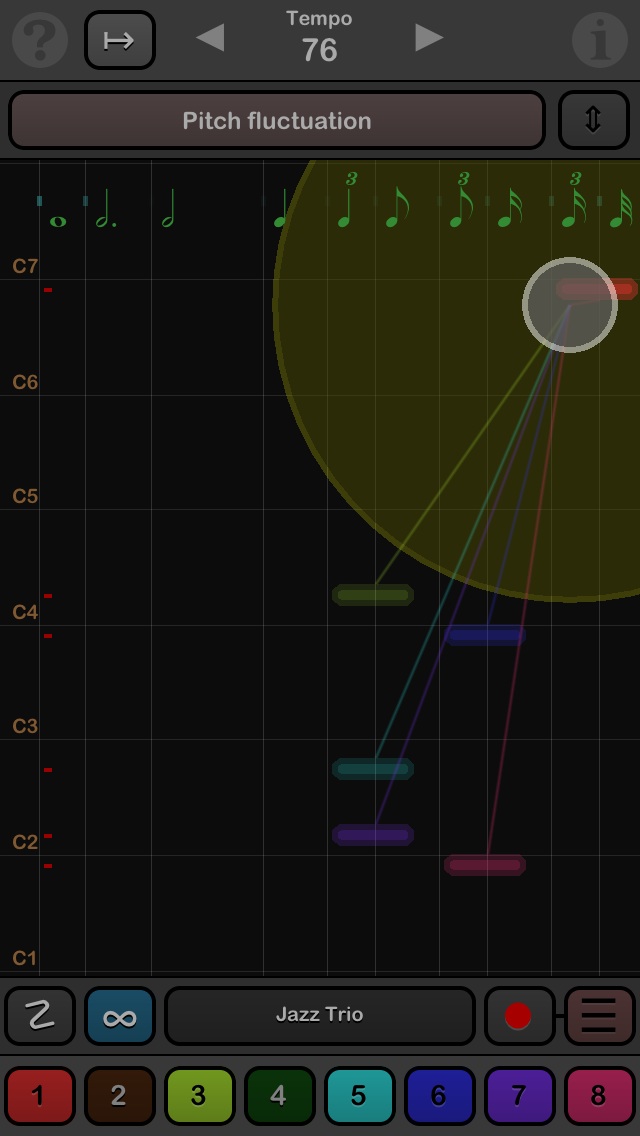 I love the amazing sounds that come from the presets. They are very interesting. Plus, you can adjust and manipulate each one to your liking. Being able to record and send music is a huge bonus. These types of masterpieces cannot be easily recreated, so it is fun to be able to capture them for all time.

I wish this “LE” version were also available on the iPad. I’ve used the full-featured Gestrument app before on the iPad and the larger screen is much better for control on the X and Y-axis.

Gestrument LE is available for $0.99. The price is outstanding considering the full app costs $7.99. It is perfect for music lovers who don’t quite have the time or interest in creating their own preset sounds. I love the full app, but the lite version is great for quick creations with little effort.

You aren’t going to be writing award-wining original song scores with this app, but anyone can make a pretty cool song out of the presets available. All you have to do is put your finger on the screen and move it around. It is a great source of entertainment while waiting to catch a bus. Plus, you can export your songs and send them to your friends, impressing them with your newly discovered talents. Download it in the App Store today.

Orphion is another app that creates interesting songs from preset codes. Arpeggionome for iPhone is a music app that lets you draw patterns on a grid that will play out music similar to the Tenori-on.