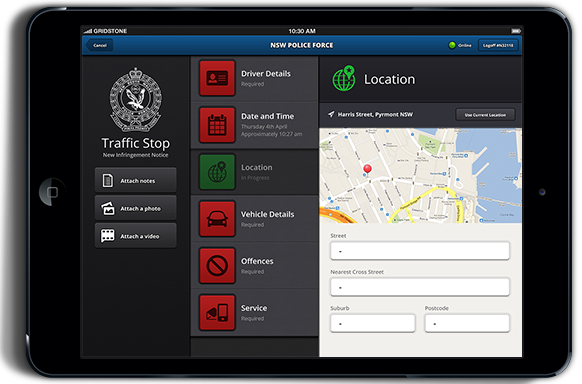 After airlines and classrooms, could law enforcement become the next area for Apple’s iPad? In Australia, police near Sydney are using iPad minis to write traffic citations, giving motorists the option of their tickers emailed as a PDF.

The concept is the idea of New South Wales patrol officers looking to reduce the amount of paper work while also keeping driver information secure. The iPad minis are part of a four-week trial which the developer hopes will give police more time for crime-fighting…

If the trial is a success and the app fully deployed, it will give NSW Police the opportunity to spend more time on frontline policing and less on administrative tasks back at the station – which will have a positive impact on both road safety and officer effectiveness.

For security, no driver information obtained by the remote officers is stored on the iPads and the tablets can be wiped clean if there is an unauthorized access attempt.

This is not the first walk by the iPad or iPhone along the thin blue line.

Apple on its website uses the Redlands, California Police Department as a case study in how iDevices can assist law-enforcement.