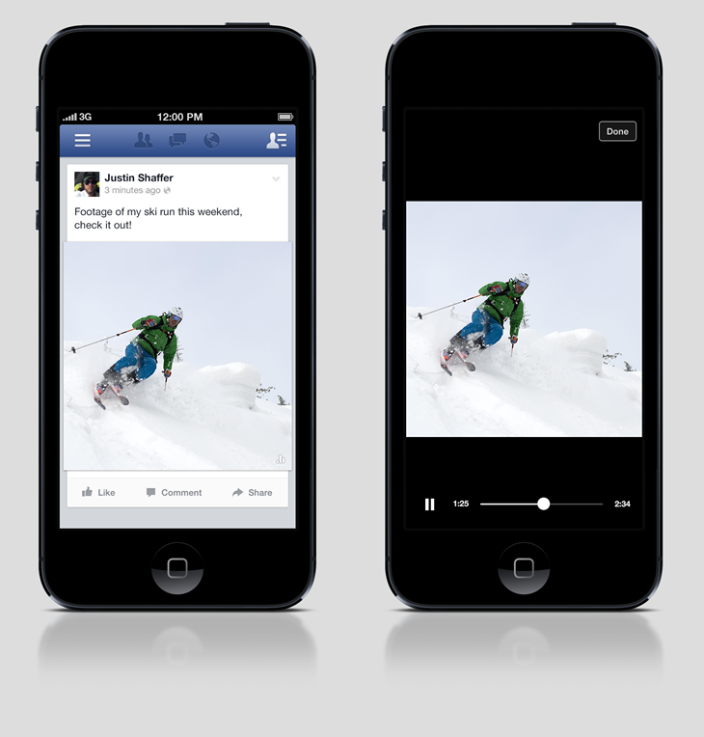 Facebook announced yesterday afternoon that it has started testing an easier way to watch videos on its website. The new feature will be rolling out as a limited test in the coming weeks through its mobile apps, and continue to roll out over time.

Once the new feature hits you, you’ll notice that when you see a video popup in News Feed it’ll start playing automatically. It’ll be silent at first, and you can choose to turn on the sound, watch it in full screen or scroll past it. It sounds a lot like Vine…

“Today we’re starting to test an easier way to watch videos on Facebook. Now when you see a video in News Feed, it comes to life and starts playing. Videos initially play silently, and if you want you can tap to play with sound in full screen. Scroll past if you don’t want to watch.”

And here’s a video of it in action:

It seems like the feature will eventually lead to video ads. Facebook says that initially, auto-playing videos will only be open to individuals (personal Facebook accounts or verified Pages) and bands/musicians. But it has plans to bring them to marketers.

Of course it does. That’s how Facebook makes its money, right? Earlier this week, Emily White, the director of business operations for its Instagram arm announced that it planned to start offering ads on the popular photo-sharing app within the next year.

And honestly, I don’t think silent, auto-playing video ads will have a huge impact on the service for me. As it is, I already scroll past dozens  of ‘try this new app or game today,’ and ‘so-and-so has completed a level in Candy Crush’ posts. What’s one more?

What do you think of auto-playing videos in your News Feed?