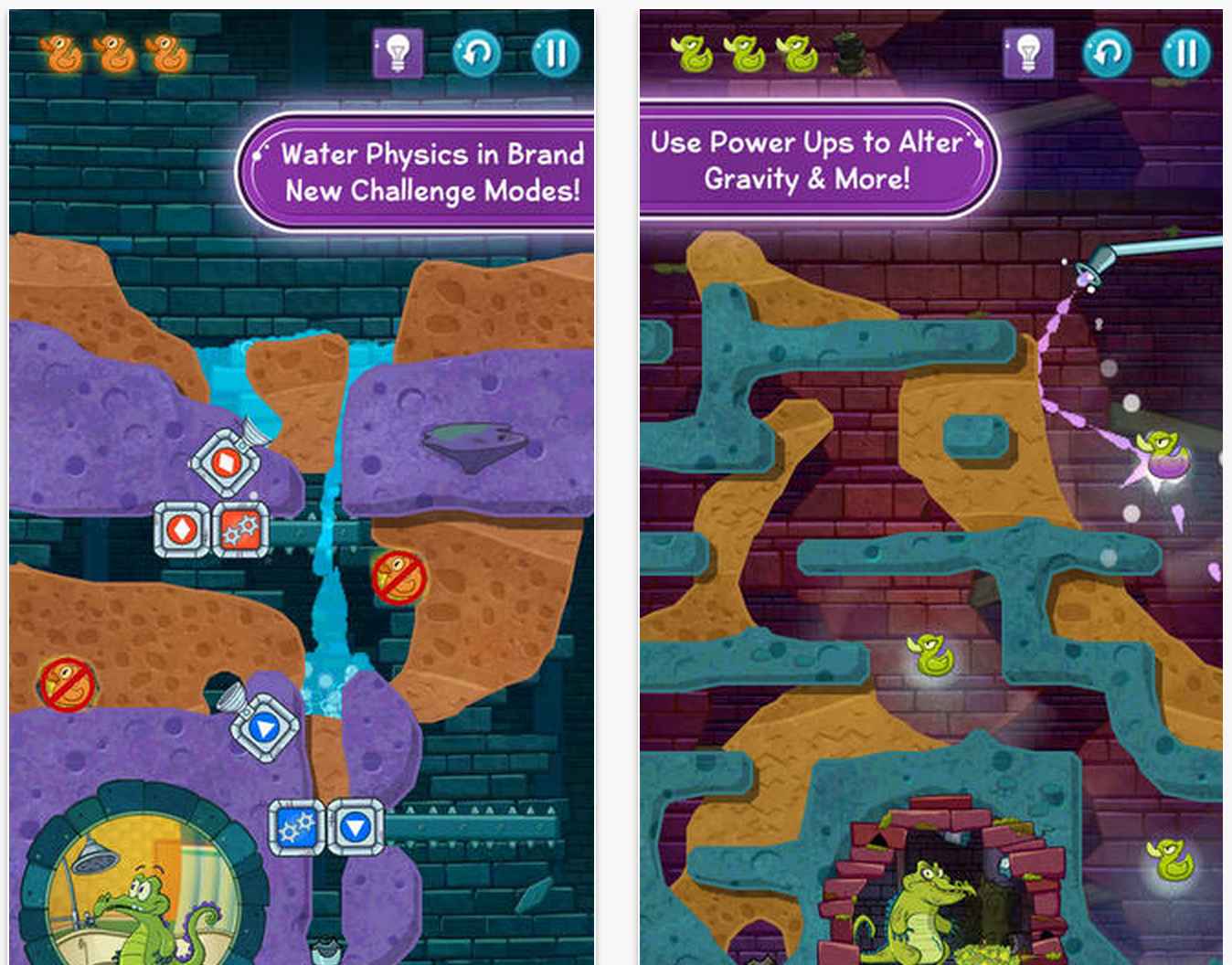 Disney has posted another episode to its popular Where’s My Water? series today called ‘Where’s My Water? 2.’ It’s the franchise’s fourth installment, and it brings back Swampy the alligator from the original release.

The latest sequel to the physics-based puzzler comes with three brand new locations including the Sewer, the Soap Factory, and the Beach. And it features more than 100 new levels, and an all-new challenge mode…

Here are some of the game’s more notable features:

• Play 100+ levels and challenges with a brand new look in the Gator universe featuring Swampy, Allie, Cranky, and Mystery Duck!
• Introducing ‘Challenge Modes’ to replay the levels in explosive new ways!
• Dig as fast as you can and get as many duckies as possible in ‘Duck Rush’ levels!
• ‘Tri-ducking’ is now faster, better and more fun with boosts, such as Vacuum, Dropper, and Absorber! Small fees may be required for these additional boosts.
• Connect through Facebook and see if you can beat your pals on the adventure!
• Experience fun mechanics that are uniquely designed for each character!
• Complete achievements and earn special themed duckies such as gladiator-duckie, astronaut-duckie, hula-duckie, and many more!
• Stuck on a level? Use hints to help you solve the puzzles!

And here’s the official Where’s My Water? 2 trailer:

The game comes as a free-to-play ‘freemium’ title. So while there won’t be any up front costs, you’ll likely be bugged by in-app purchases. It’s a shame that so many devs are taking this route, but it’s obviously working.

If you’d like to check out Where’s My Water? 2, it’s available as a universal app in the App Store for free.