Now that you know all about the new iPhone 5s, the next two questions are: “when can I get it?” and “how much is it going to cost me?” As far as price goes, Apple has stuck with its usual scheme: the 5s will start at $199 for the 16GB model with a two-year carrier contract. And availability will depend on where you live.

It appears that Apple will not be putting this handset up for pre-order like it has in year’s past, but it will be available in-stores on September 20. Note that this initial launch group now includes China, which is pretty significant considering that it doesn’t typically get new Apple products until several months after launch. 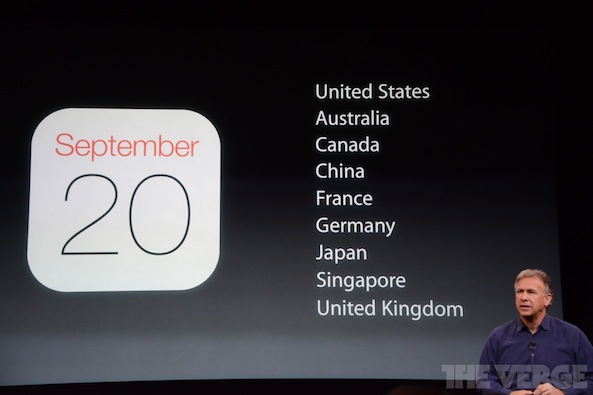 If you do not see your country listed above, don’t worry, you may not have that long to wait. Apple has promised that its new handset will be available in over 100 countries, on over 270 carries by December of this year. That sounds similar to the iPhone 5, indicating that Apple has hit its stride in international distribution. 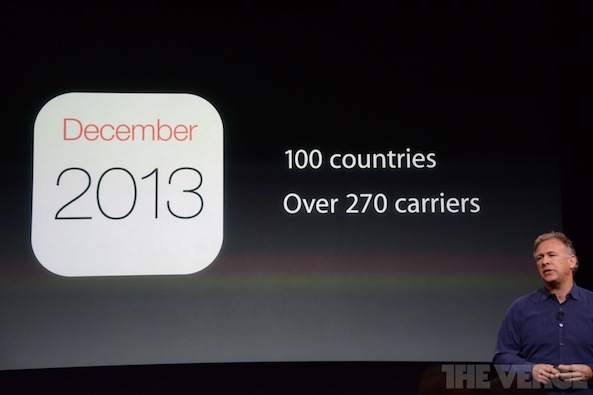 Back to pricing: for those looking to buy the new iPhone at full retail, it looks like Apple has decided to stick with the usual pricing scheme: $649 for the 16GB, $749 for the 32GB and $849 for the 64GB. There’s no word on when an unlocked version will be available, but it appears that T-Mobile is going to be selling full retail versions of the handset at launch.

So, who’s going to be picking one up next week?