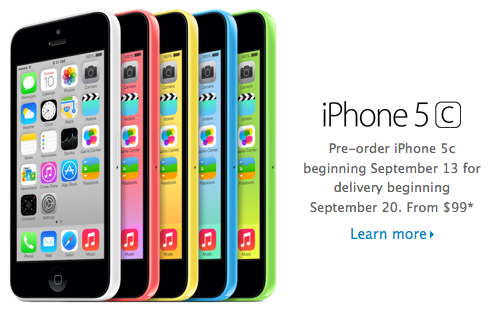 Apple’s more affordable iPhone 5c is official now. Having already provided a quick laundry list of iPhone 5c features, we’re now left with the two crucial questions: when exactly is the iPhone 5c scheduled to go on sale and how much will it set you back? Don’t worry, iDB has you covered. The full launch details, pre-orders, pricing and availability information is right after the break…

The iPhone 5c will be initially arriving to carrier and Apple retail stores in the United States and a select few key international markets. In the coming weeks, the device will roll out in additional countries.

Long story short, Apple said the iPhone 5c will be available in 16 gigabytes for $99 and 32 gigabytes for $199, both with a two-year contract through AT&T, Sprint, T-Mobile or Verizon Wireless.

The company will start taking pre-orders this Friday, September 13.

The unlocked 16/32GB iPhone 5c is rather pricey – coming in at $549 and $649, respectively. These are US prices and Apple has not said whether or not the phone will launch on the world’s largest telco, China Mobile.

It looks to me that Apple wants the world’s carriers to offer the device subsidized to bring down the upfront payment under $100, which runs contrast to the idea of producing an affordable off-contract phone for markets where carriers don’t subsidize devices.

Off-contract iPhone 5c pricing for the UK is £469/£569 for the 16/32GB model, with an additional £25 for a case. In addition to the United States, the iPhone 5c will be available in the United Kingdom, Australia, Canada, China, France, Germany, Hong Kong, Japan, Puerto Rico and Singapore on Friday, September 20. 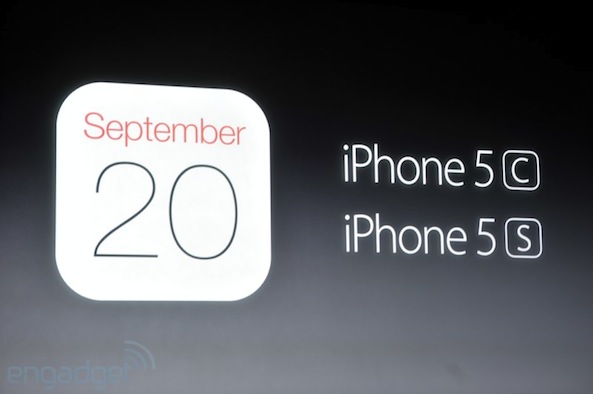 The phone includes the iPhone 5 internals (including the A6 chip and the eight-megapixel camera on the back), encased in a plastic shell with black-glass front. The phone is offered in green, blue, red, yellow and white. There’s also a line of custom $29 cases for the iPhone 5C with holes for the cameras and flash.

Apple also said a new iPhone 4S 8GB model will be available for free, after a contract. iOS 7 will be released as a free software update starting on Wednesday, September 18 for the iPhone 4 and later, iPad 2 and later, iPad mini and fifth-generation iPod touch. 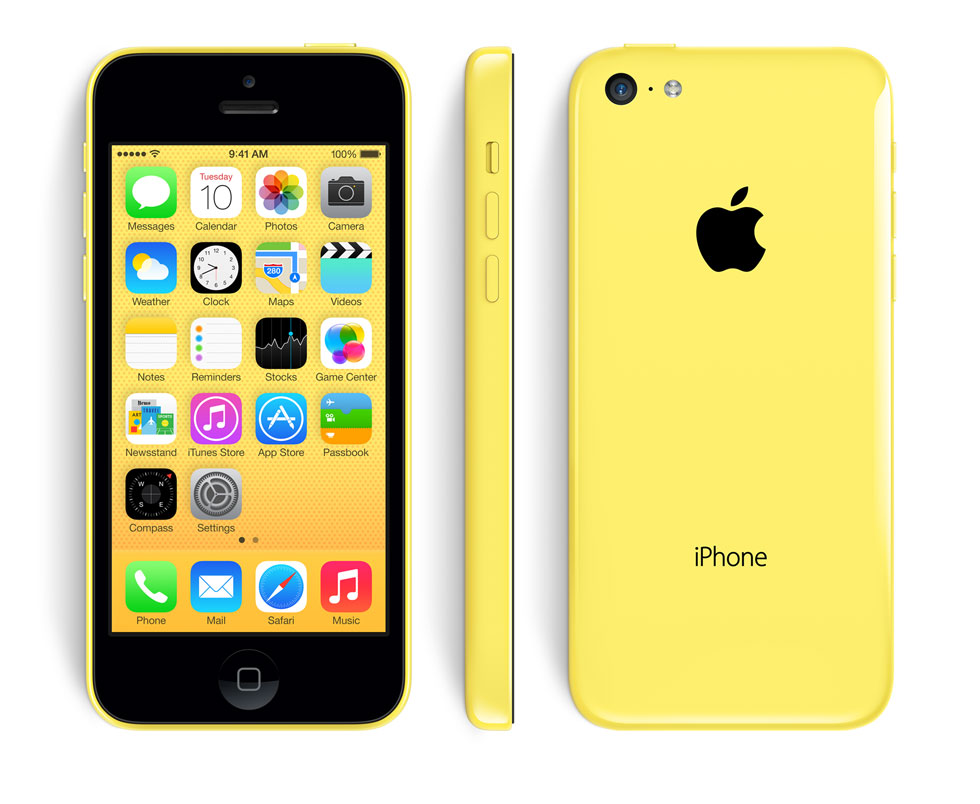 By the end of 2012, the iPhone 5 was available in a hundred countries and across 240 wireless carriers.

If you’re looking to ditch your old handset for some credit toward an iPhone 5C purchase, talk to Apple.

Other places are offering their own iPhone trade-in offers. Walmart, for example, is offering up to $300 for an entry-level iPhone 5 in good condition.

Gazelle has locked-in iPhone trade prices through mid-November, which means you can trade-in your older device now and be confident of receiving a high amount nearly two months after new iPhones are unveiled and in the store.

Lory put together a nice guide on making a quick buck off of your current device and you’re wholeheartedly recommended to give it a read before pulling a credit card out of your pocket. Trade-ins and shopping savvy often go a long way toward absorbing the upfront payment for a brand spanking new iPhone 5C or 5S.