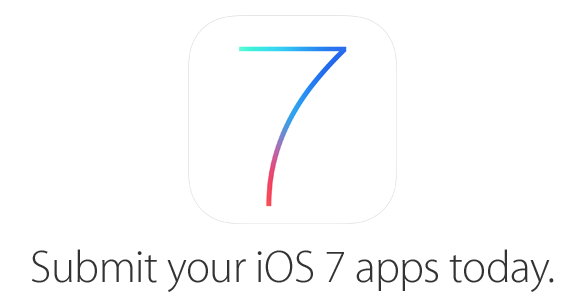 With the recent release of iOS 7 GM to developers, it is not surprising that Apple has now been sending emails inviting them to submit their iOS 7 apps. With an official public release set for September 18, developers can finally submit their updated apps.

Along with the usual “improvements and bug fixes,” many apps updated for iOS 7 will probably take into account the radical design change introduced by Apple’s latest mobile Operating System.

Here is Apple’s email to developers:

iOS 7 will soon be in the hands of hundreds of millions of customers. Reimagine your app’s interface with the clarity, translucency and depth of iOS 7. Integrate APIs for AirDrop, multitasking, games, and camera, as well as new APIs that take advantage of the powerful new capabilities of iPhone 5s.

To prepare your apps for the App Store, download the GM seed of iOS 7 and Xcode 5, test, and optimize for iOS 7. Submit your apps today.

If you’re a developer, submit your app now. Something tells me it will take more than usual to get all these apps approved on time for next week.