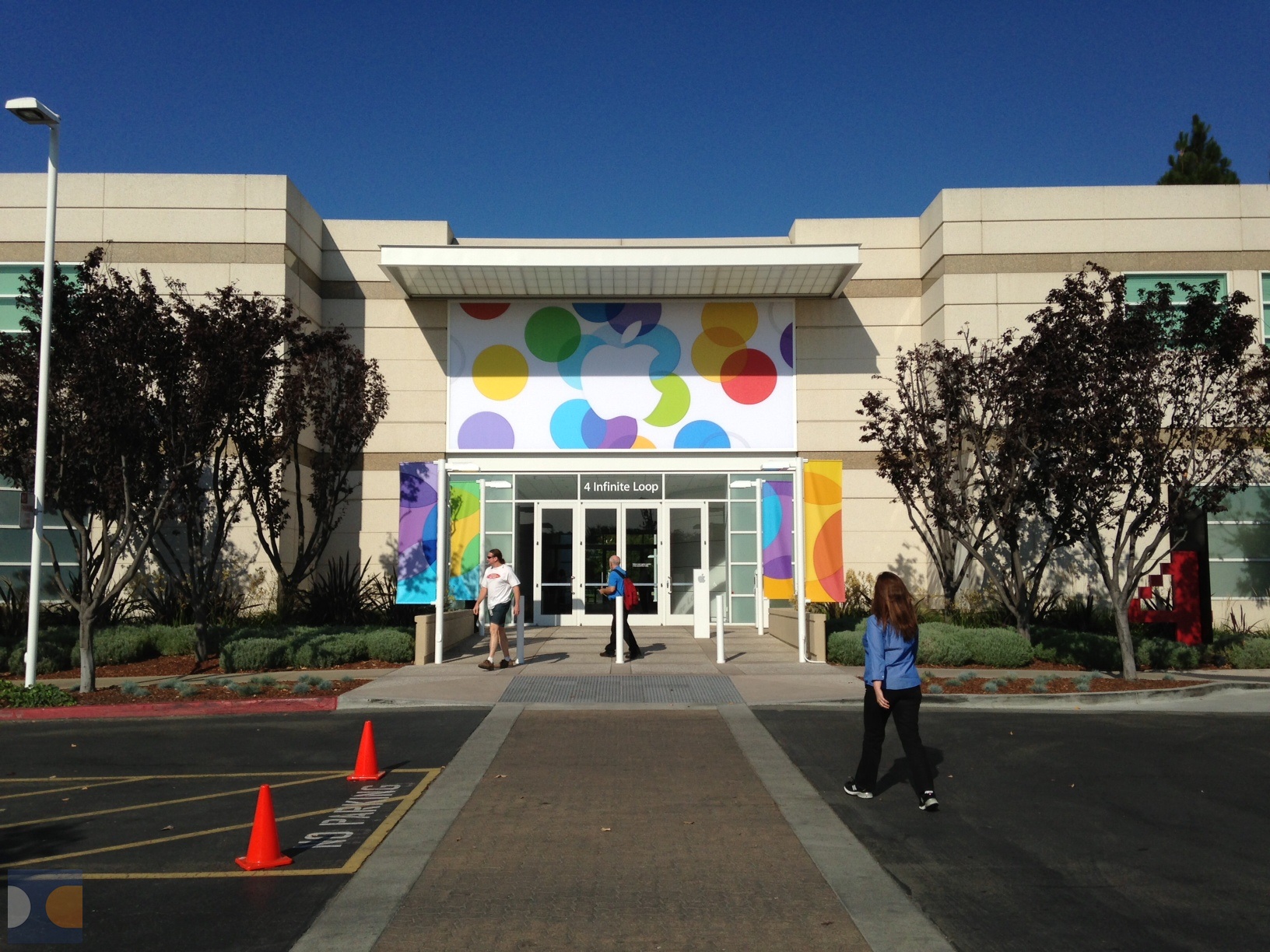 Ahead of tomorrow’s iPhone keynote, which starts at 10am Pacific / 1pm Eastern, colorful banners have now gone up the facade of Apple’s Town Hall auditorium building in Cupertino, California. Watchful folks could point out that Apple typically holds its high-profile product unveilings at major venues like San Francisco’s Moscone West or Yerba Buena Center for the Arts.

This time around, they’ve opted for a more intimate (and more controllable) setting at its own campus. The last time Town Hall was used was for the iPhone 4S introduction in October 2011. As yo can see yourself, the media event livery pictures the same colorful dots we first saw on Apple’s event invitation.

Check out the photos, shared by the French blog iGen.fr. 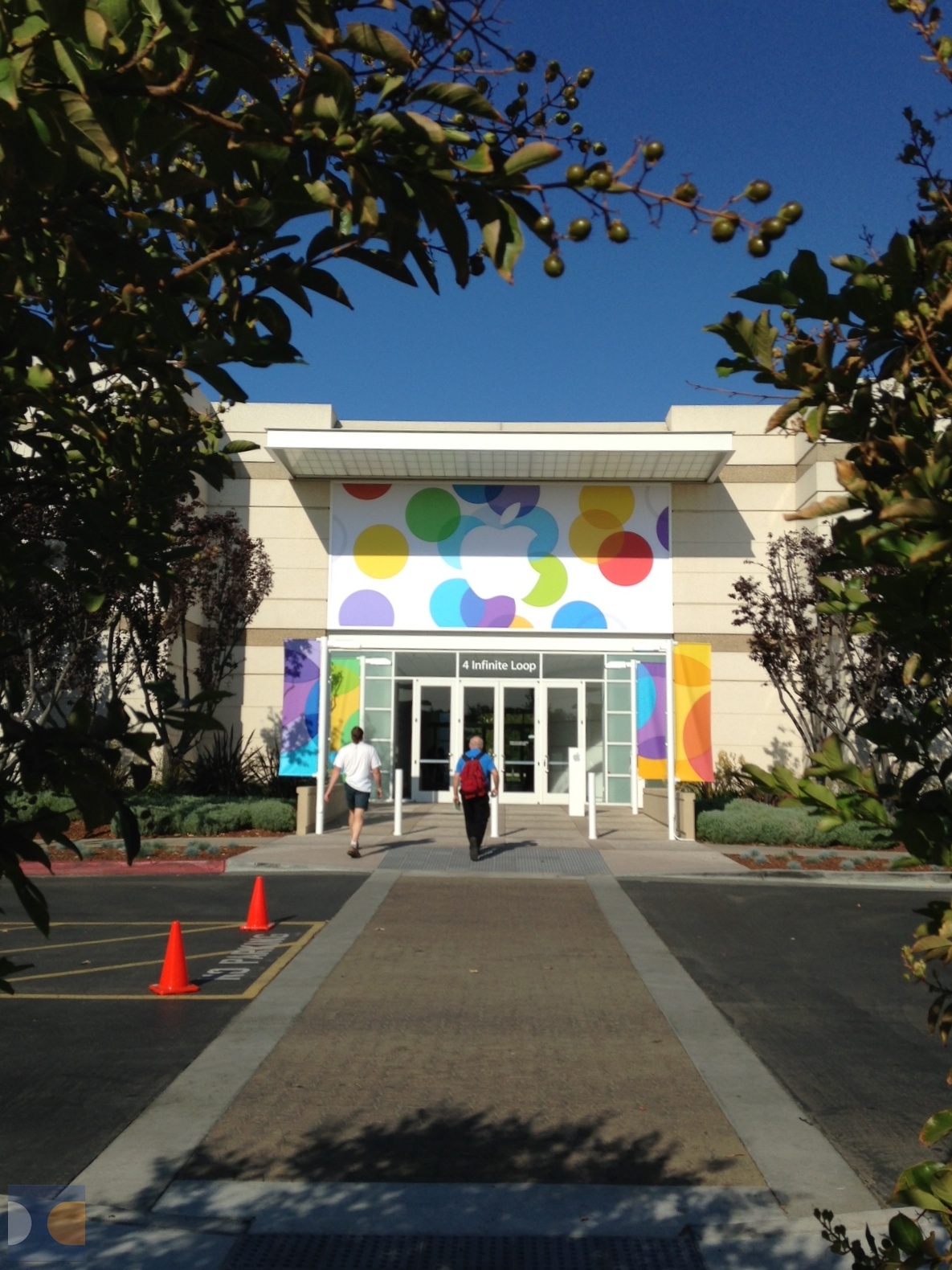 The multi-colored dots on the banners match up those on the invite graphics. 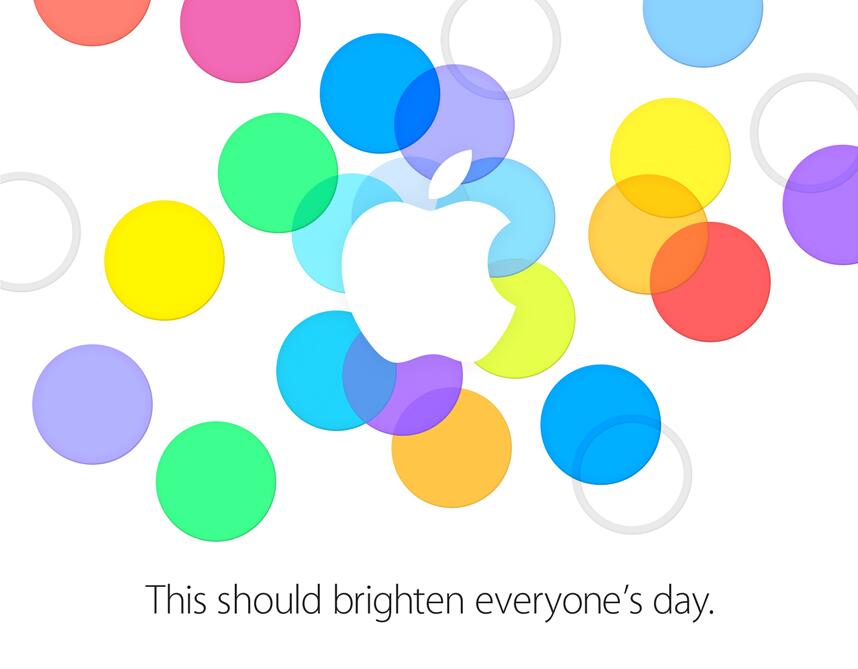 Some kremlinologists have postulated before that the silver dots tip off the rumored iPhone 5S with silver-ringed, fingerprint-reading Home button.

If you spot other images online, or are around 1 Infinite Loop in Cupertino, California, be sure to give us a heads-up or just drop your photos on tips@idownloadblog.com.

We’re now less than 24 hours until the keynote, by the way.