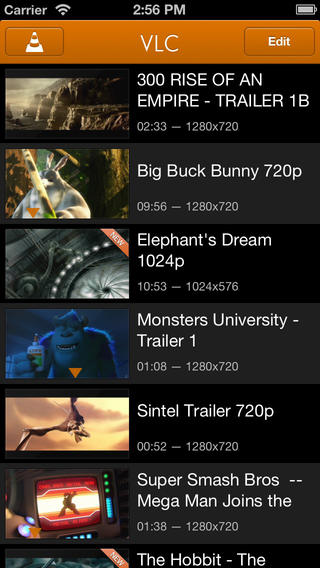 After a two-year hiatus from the App Store, VideoLan’s comprehensive media player for iOS devices, VLC, has finally made a comeback in July.

Rewritten from the ground up to take advantage of modern media technologies, the new VLC brought as a revamped interface along with its trademark support for a bunch of non-iOS media formats such as .mkv files. Following on the initial re-release, the team yesterday posted a major VLC update.

I’m a fan of the new passcode lock capability that protects explicit media from prying eyes by asking for the passcode five minutes after leaving the app.

Also cool: the ability to play audio-only files and output video on external displays. Side-loading is made way easier through FTP-based file transfers, both from the web and your local network.

And thanks to support for Apple’s zero-configuration Bonjour protocol for the WiFi uploader, connecting to an iOS device via OS X Safari browser is as easy as choosing the device from Safari > Bookmarks > Bonjour.

When accessing files on local media servers, you can choose to either stream or download the stored media, depending on the server capabilities. 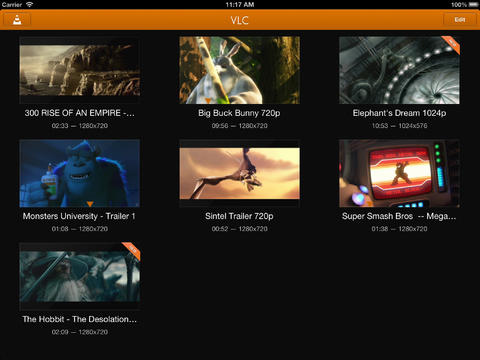 In addition to automatic Bonjour discovery of UPNP and FTP servers on your local network, further options in that context will be made available in future releases, VideoLAN said. While we’re at it, how about some decent SMB protocol support for those of us who keep our media stored on Synology NAS devices?

The new build is smart about how it handles your music albums and TV shows, too:

Based upon meta tags and pattern matched file names, VLC for iOS will automatically detect TV shows and music albums.

Switching the library mode in the sidebar menu will reveal dynamic collections for either category. “All Files” switches back to the default mode listing all files available on your iOS device within the VLC context.

Here are the key changes: 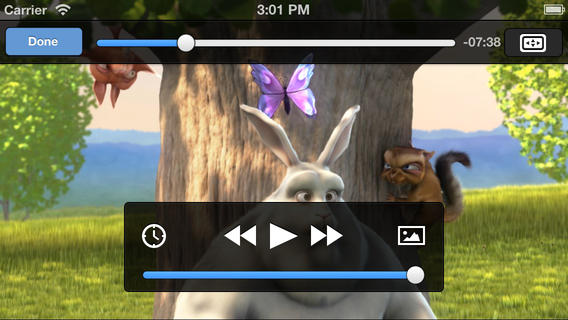 The universal binary is optimized for the iPhone 5’s taller display and supports iPhone, iPad and iPod devices running iOS 5.1 or later.

According to VideoLAN, VLC has seen 2.5 million downloads during its first week of availability. They’re also getting closer to releasing VLC for Xbox once the store opens to Windows 8 apps.

The full features chart in VLC 2.1 is available in this wiki doc.