Battling against mounted armies with nothing but a spear and a shield may seem unfair, but all is fair in love and war, or so they say. When the odds are against you, fight harder.

Ancient Battle: Rome is a strategy turn-based game that puts you in command of Roman legionaries in classic battles of old. Prepare your troops for attack because this war will not end well…

Players command an army of Roman soldiers in this hex-based war simulation game set in the Ancient Era. There are six mini tutorials, as well as two expansive campaigns. Players are in charge of 30 units, including soldiers, elephants, catapults, cavalry, archers, slingers, fanatics, chariots, and more. You must give a group of fighters their movement and attack orders, then hit the “Play” button and watch the battle unfold in real-time. 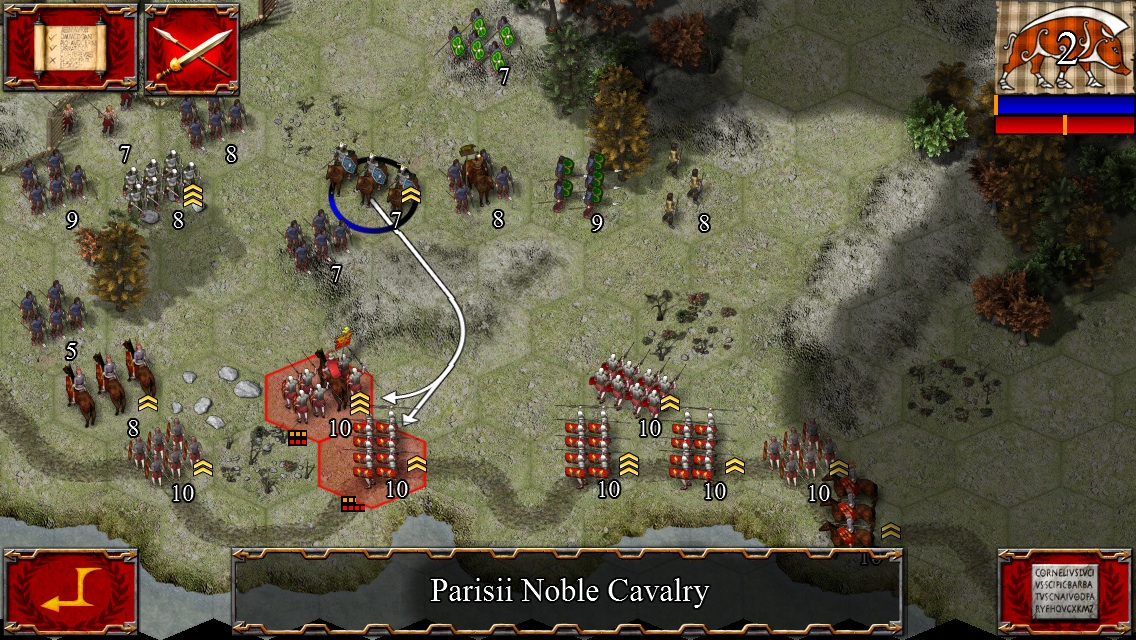 After you have attacked the enemy, it is your opponent’s turn to fight. If you have protected yourself well and weakened the enemy’s army, you’ll make it to the next round unscathed.

This game incorporates local terrain, distance, and weapon types to make you feel like you are in the thick of the battle. There is also a helpful Combat Analysis feature that helps you determine the best possible next move for future strategy planning. If you consider yourself a seasoned veteran of hex-based strategy games, you can turn off Combat Analysis in the setting section.

The $1.99 download price includes the tutorial levels and two campaigns, “Caesar’s Campaign in Gaul” and the battle against Pompey the Great. Players will also be able to add the Germania and Britannia campaigns for $0.99 each. All campaigns in Ancient Battle: Rome include eight missions and players can choose to play either side of the war. 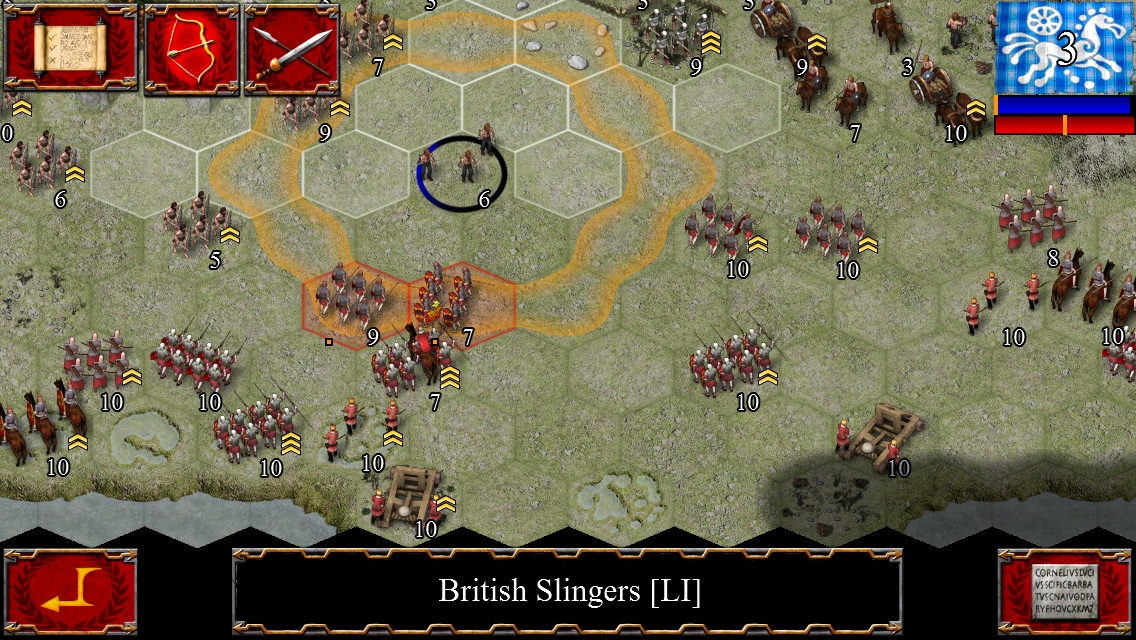 If you are familiar with hex-based historical games like UniWar or Civil War: 1863, then you know what this one is all about.

Ancient Battle: Rome is available for the iPhone, iPad, and iPod touch for $1.99. Download it in the App Store today.