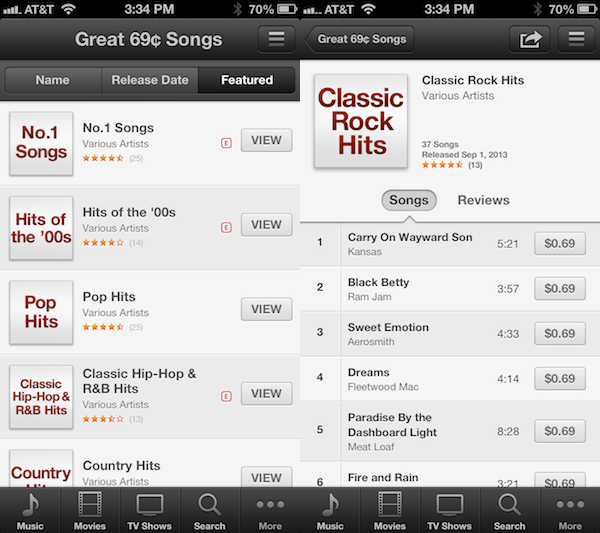 Continuing its recent trend of offering media at a discount, Apple has launched a new iTunes promotion today that knocks a number of hit songs, of various genres, down to $0.69. That’s nearly 50% off their normal prices.

The promo is simply titled ‘Great 69¢ Songs,’ and the carefully curated list of marked-down music is divided up into 10 categories including No. 1 Songs, Pop Hits, and ’90s Hits. Each category contains between 30-40 songs…

Here are some of the songs on sale:

This is Apple’s third iTunes sale in as many weeks. Back in August, the company began offering movie bundles at significant discounts via the digital media hub, and last week, it launched a ‘back to school’ $6.99 album sale.

While it’s true that Apple often shaves price tags off of various curated content, it rarely discounts songs to less than $1. And since we doubt this deal is going to last very long, we recommend that you get in on it while you can.