Apple made it official yesterday. It will be holding a media event on September 10 where it is expected to unveil two new iPhones and the final version of iOS 7. But are smartphones all that’s on the docket for next week’s event? Perhaps not.

As it turns out, Apple may be planning to unveil a new Apple TV, or similar television-related product at the upcoming presser. A new report shows the company accepted three shipments last month labeled “Set Top Boxes” from a top supplier…

Here’s some notes from the report by global trade intelligence platform Panjiva (via GigaOM):

And on August 11th, Apple received its first shipment from BYD of “Set Top Box with Communication Function.”

The three shipments ranged in size from 7 to 18 tons, but unfortunately no other information was given. We don’t know the size or dimensions of the crates, or their contents, and we don’t have a model number. So it’s still unclear what this is.

The site goes on to say, however, that the last time Apple received a shipment labeled “set top box” was in December of last year. The order came from Foxconn, and turned out to be a shipment of third-generation Apple TVs (model number A1427). 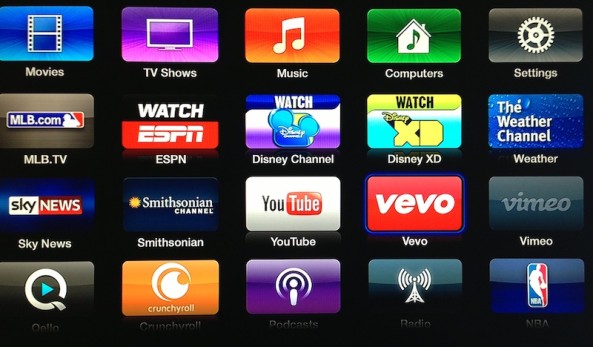 Here’s hoping this time around it’s an all-new product and not just a normal ATV3 shipment. Though the set-top box has been getting a lot of love on the content front lately—Vevo, WatchESPN, etc.—the device itself is long overdue for an upgrade.

It’s been 18 months since the Apple TV was last updated, and despite the fact that Apple refers to the project as a ‘hobby,’ folks still have high hopes for it. There’s the long-running ‘iTV‘ rumors, and the ongoing speculation of a made-for-TV App Store.

More recently, Apple-insider MG Siegler claimed that Apple is readying a new TV product to launch as early as November. So does that mean it’ll get announced next week, or at the expected iPad event in October? This could get real interesting, real fast.