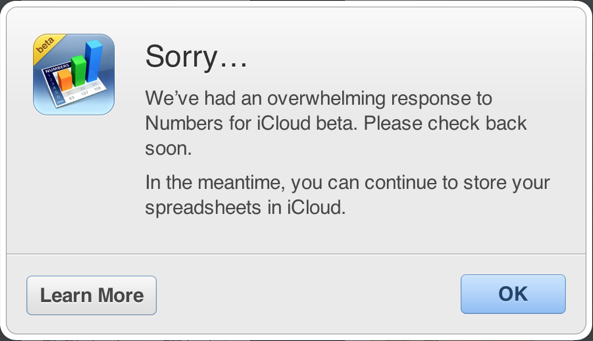 This past weekend Apple launched iWork for iCloud Beta to developers and non-developers alike, who could check out the suite as long as they had a valid Apple ID account set up to use iCloud on iOS devices. The web apps have reportedly garnered lots of interest, so much so that the company on Monday was forced to limit access to iWork for iCloud.

In other words, Apple’s online productivity suite has already become too popular, even though it’s currently in beta. Attempting to sign up for the service yields an error prompt with the message saying, “We’ve had an overwhelming response” to iWork for iCloud apps…

Existing users can continue using the service despite high demand (thanks, Thomas!).

The official iWork for iCloud launch is expected this Fall.

In addition to Pages, Keynote and Numbers, Apple through the iCloud interface offers other web apps, namely Mail, Contacts, Calendar, Notes, Reminders and Find My iPhone.

Apple has recently revamped the iCloud website to bring those web apps in line with the overall iOS 7 look and feel, sans the iWork apps which should be flattened soon – at least on the iOS side.

It’s been nearly three years since Apple issued a major update to iWork Mac apps, excluding a minor update eight months ago, so we’re expecting some news on that front come September 10 or later in the year. 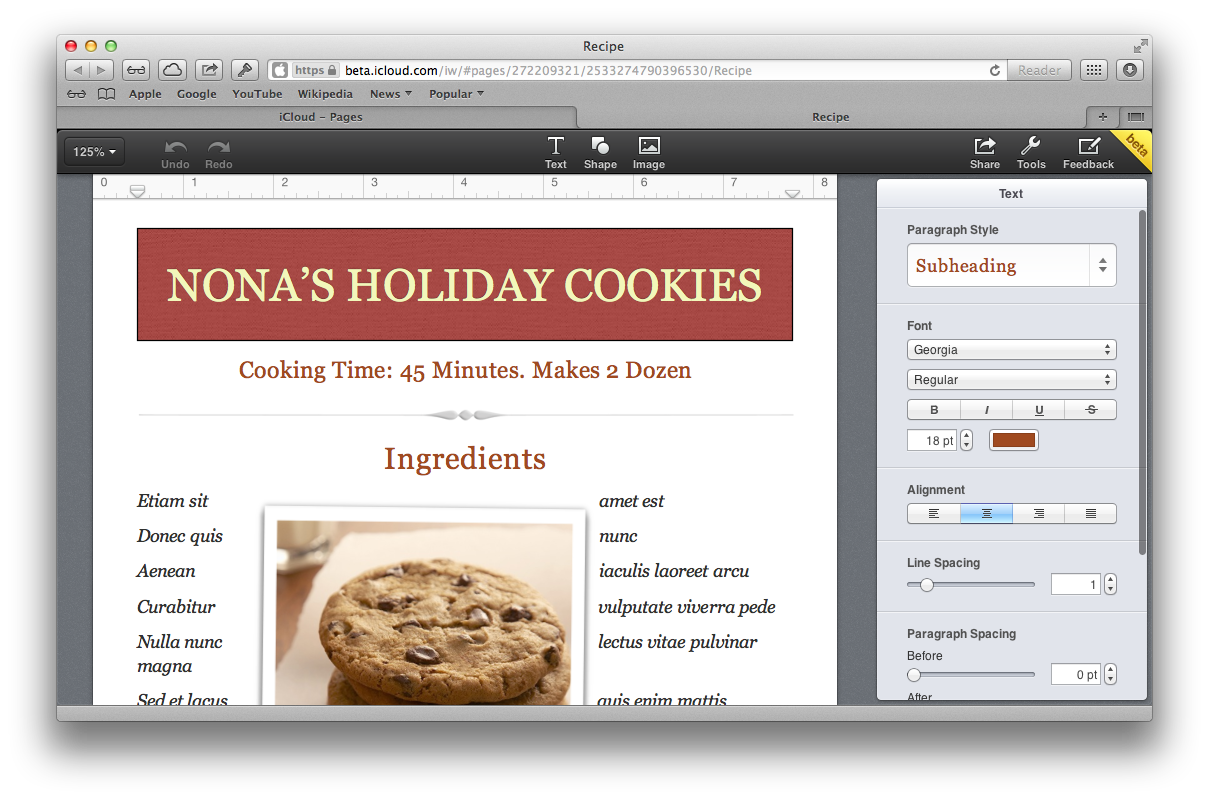 The company may soon make iWork and iLife iOS apps free in order to give its users fewer reasons to consider rival platforms, one rumor claimed. Currently, iWork apps sell for $19.99 each on the Mac App Store and $9.99 each on the App Store.

Apple announced iWork for iCloud during June’s WWDC keynote, with access initially restricted to Apple’s registered developers. After the company began dogfooding the software to its own employees, iWork for iCloud Beta opened to select non-developers in July and to the general public last week.