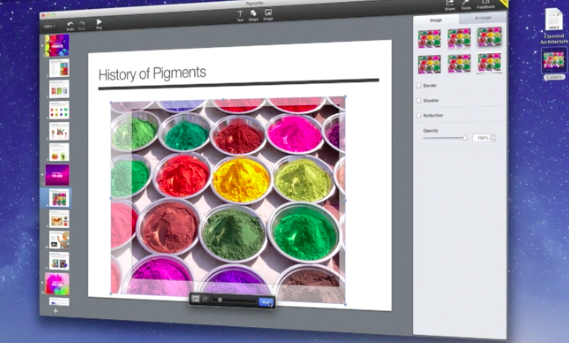 Along with a host of iOS 7 and OS X Mavericks announcements, Apple spent some air time during its WWDC 2013 keynote talking about the much-improved cloud component of its iWork productivity suite for Macs and iDevices.

iWork for iCloud, as it is called, for the first time provides rich Pages, Keynote and Numbers web apps that run smoothly in a web browser like Safari, Chrome and Internet Explorer, much like Google’s Docs suite.

After making iWork for iCloud Beta available to its registered developers via the beta.icloud.com web page, the company has just started dogfooding the software to all its employees…

Mark Gurman of 9to5Mac got hold of Apple’s email to employees:

iWork has always been the best way to be productive on the Mac. And iWork for iOS makes it easy to create beautiful documents on iPad and iPhone. Now with iWork for iCloud we’re bringing Pages, Numbers, and Keynote to the web — so you can access your documents anywhere from a Mac or PC browser.

iWork for iCloud beta is currently limited to Apple Developer Program members, but we’d also like to make this service available to Apple employees for personal use. To enable the beta in your iCloud account, just click Get Started and follow the steps outlined.

In beta-testing its work-in-progress software across the company, Apple is following examples of Google and Microsoft, the two technology giants which epitomize so-called dogfooding, a slang term used to reference a company using its own product to demonstrate its capabilities.

The company is also seeking feedback on iOS 7 and OS X Mavericks from cherry-picked Cupertino locals, most likely family members of Apple employees.

iWork for the Mac, iOS and iCloud

iWork for iCloud supports the full editing and viewing capabilities for Pages, Numbers and Keynote documents. The rich web apps along with 3D animations look almost identical to their native Mac counterparts and serve as a testament of Apple’s determination to bridge the gap between its online offerings and those of Google. 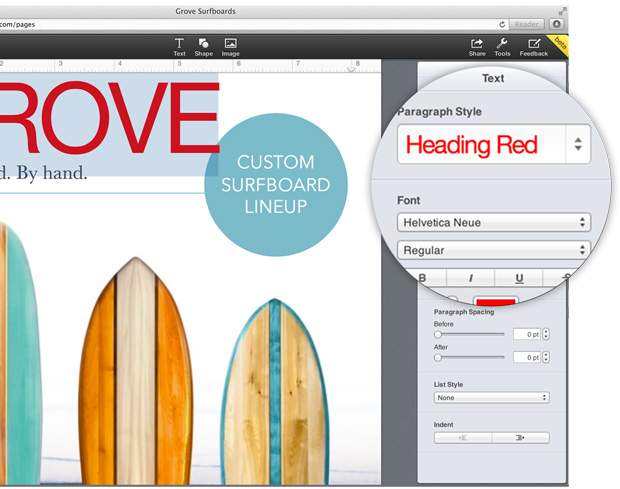 The service even allows you to drop Microsoft Word documents and edit then right from within iWork for iCloud. Where these cloud-based iWork apps come short is the collaboration department. 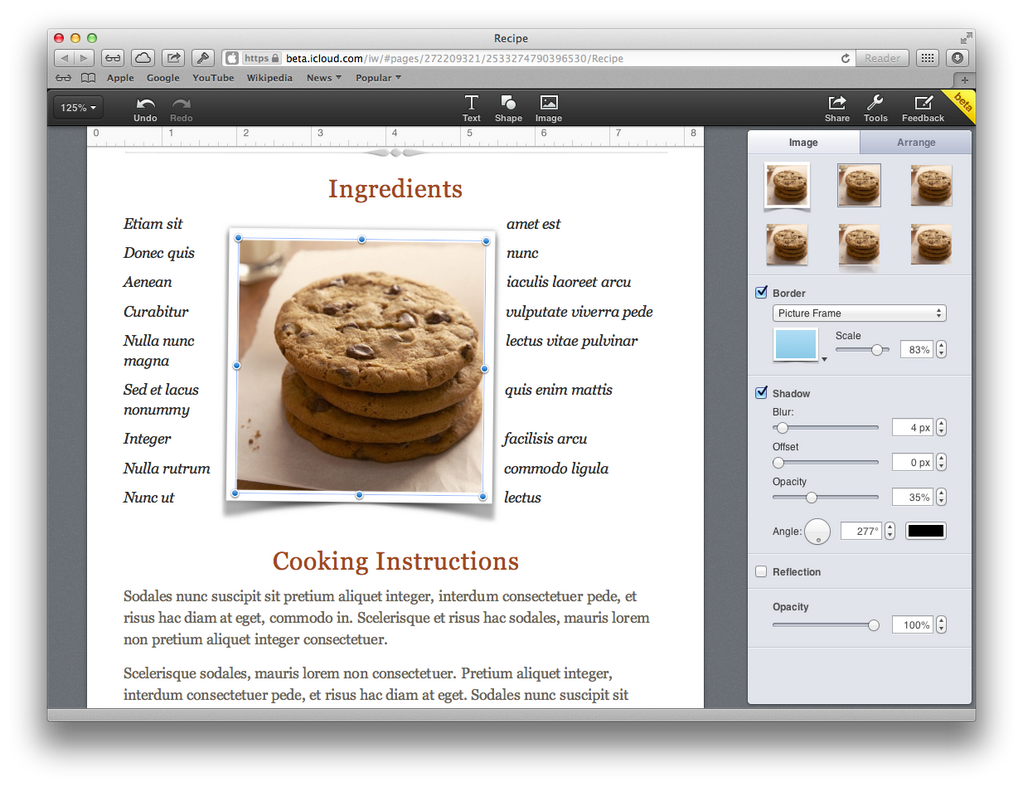 For the time being, working on a cloud document is a solitary affair in iWork for iCloud.

By contrast, Google Docs lets teams of people work on presentations, documents and spreadsheets from across the globe, in real-time, allowing you to literally see what the other guy is typing.

iWork for iCloud should exit beta later this year, most likely coinciding with the public release of iOS 7 come this Fall.