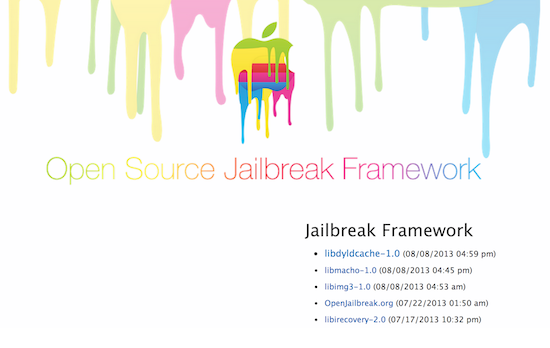 Last month, we reported that p0sixninja’s OpenJailbreak website was up and running. But either the launch was premature, or some problems were discovered, because shortly after the site went up, it was taken down.

Well whatever the issue was, it’s been fixed. Joshua Hill (p0sixninja) announced on Twitter earlier today that OpenJailbreak.org is now open to the public, and he encourages hackers and developers to get involved…

For those unfamiliar with Hill’s OpenJailbreak initiative, it’s essentially an open source project that anyone can look at and contribute to. The goal here, posix explains, is to keep jailbreaking sustainable for future generations. 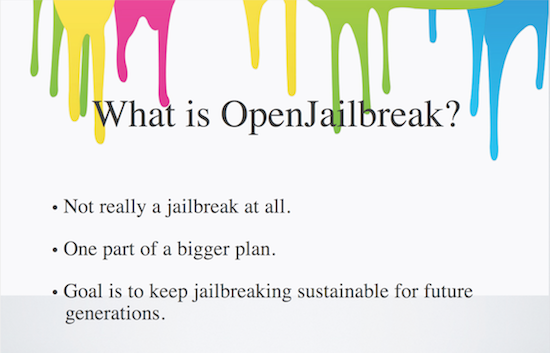 He goes on to explain that jailbreakers can typically be broken down into 5 groups: average users, fanboys and fangirls, developers, security researchers, and jailbreak creators. And OpenJailbreak was designed to cater to the last 3. 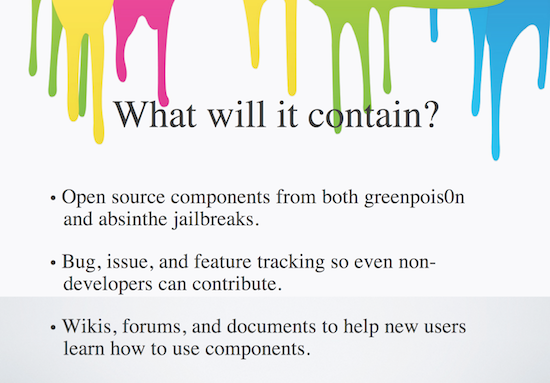 If you’d like to read more on Hill’s presentation, you can view the entire slide set. Unfortunately, we couldn’t find a video of the speech, but since it was live-streamed over the Internet, we’re hoping that a clip turns up shortly.

Right now, OpenJailbreak doesn’t look like much—there’s just 6 projects or so up. But Hill says dozens more are planned, and obviously the amount of information will grow as more people contribute and submit their work to the site.

I must say, the future of jailbreaking is looking awfully bright right now, with iOS 7 on the horizon. In addition to Hill’s project, the evad3rs have said that they have several unused exploits, and Ryan Petrich is organizing TweakWeek 2.