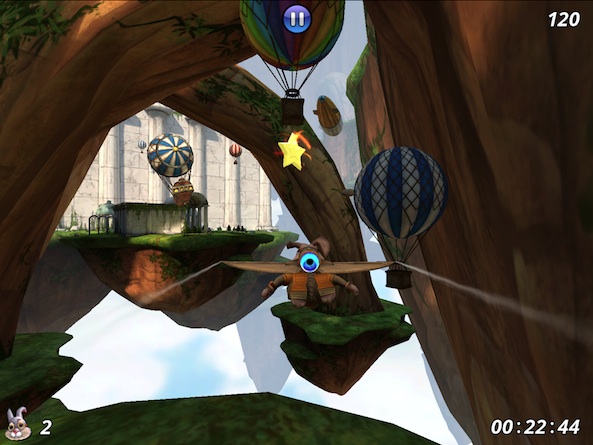 Sometimes, you just want to get away from it all. The idea of soaring above the clouds without a care in the world sounds enticing enough to make anyone wish they were an eagle, or a falcon, or at least a rabbit with a jetpack

Players are in control of Lucky, the rabbit with attitude. Lucky soars through levels with his mechanical wings outstretched over his jet-propelled engine. There are two modes to the game, Tournament and Free Flight. 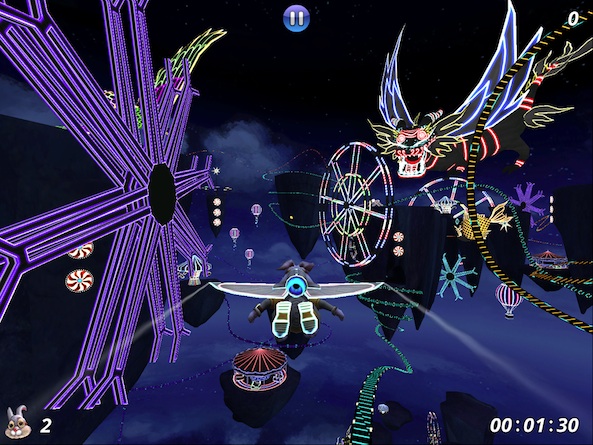 In Tournament mode, your job is to collect as many coins and stars in a row as possible. When you perform the correct stunts, like going through speed rings and grabbing objects, you will increase your point multiplier. The multiplier continues to increase until you run into something. Then, the point multiplier starts over again. You earn extra points for spinning, dashing after stars, and coming close to – but not crashing into – obstacles.

In Free Flight mode, players can take their time, soaring across the open sky, sans jetpack. Here, you aren’t scored for your stunts and star collecting skills. You are free to glide from place to place, picking up presents. If you lose altitude during your casual soar, use one of the floating fans to push you back into the field of play. 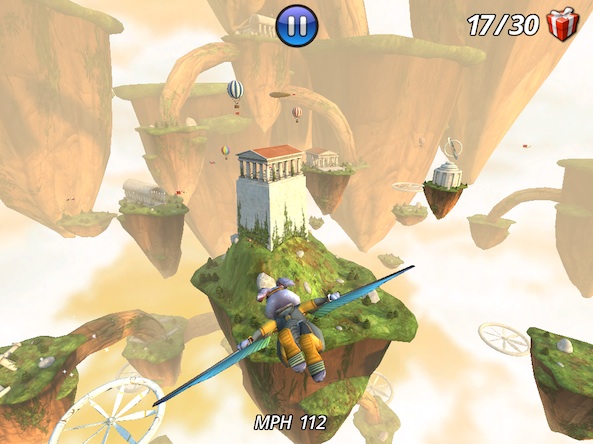 Players control Lucky by swiping their finger across the screen from left to right or right to left, depending on which direction you would like to go.

Fans of games like Air Mail or Iron Man 3 will enjoy taking to the skies in this fantasy-based adventure. Before you know it, you’ll be doing your own dipping, diving, and dashing across the wide-open landscape.

This app will not run on the first-generation iPad. It is available for the second, third and fourth-generation iPad and the iPad mini. Download it in the App Store today for $1.99.