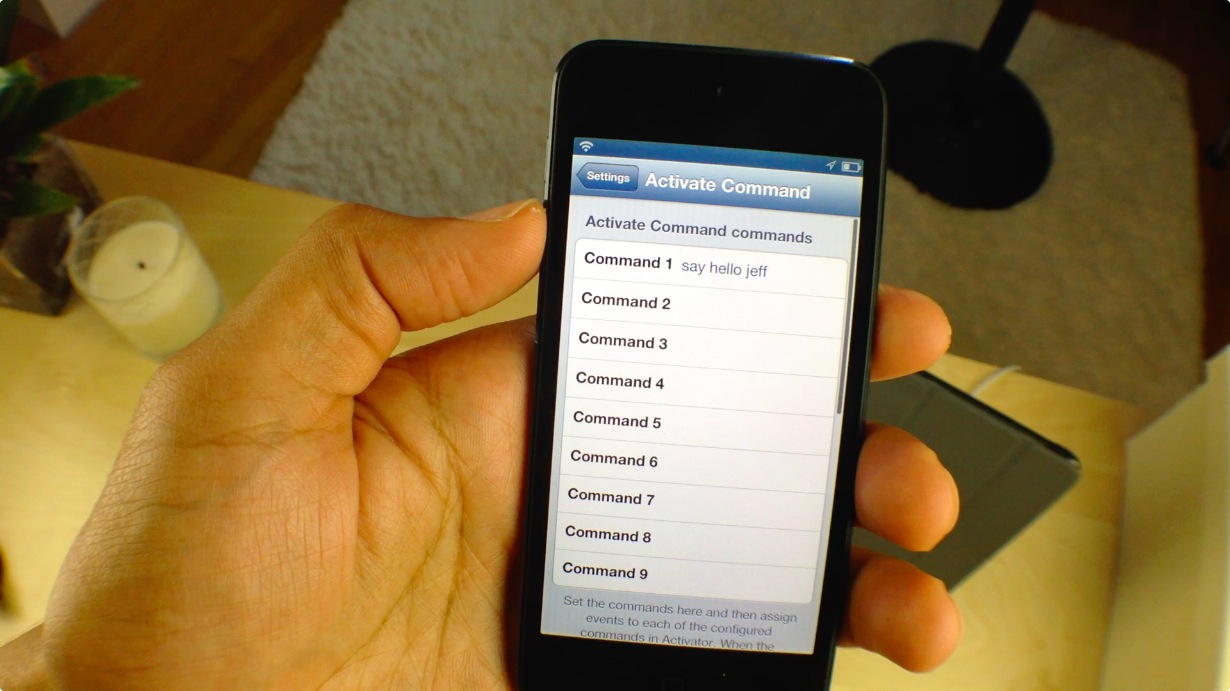 Interested in seeing how Activate Command works? We thought you’d never ask. Head past the break for our video walkthrough.

After installation, simply head over to the stock Settings app where you’ll see a new preference panel for Activate Command. Inside the tweak’s preferences you’ll find nine different slots, and each of these slots can contain a shell command.

Next, venture into Activator’s preferences, and assign a gesture to the corresponding command number that you configured in Activate Command’s preferences. You’ll then be able to use an Activator gesture to execute the shell command.

The developer includes a few good examples of the type of commands that you may consider using as a means to test out the tweak. I stuck with something really simple, invoking Siri using the “say” command, and assigned it to a double press of the sleep button. All worked just as advertised.

If you’re an advanced user who’s plenty familiar with shell commands and shell scripting, then Activate Command will likely be something that’ll appeal to you. Otherwise, the tweak and it’s value will likely be lost in the shuffle.

Activate Command can be had for free on Cydia’s BigBoss repo. Do us a favor and share your thoughts about it in the comment section below.