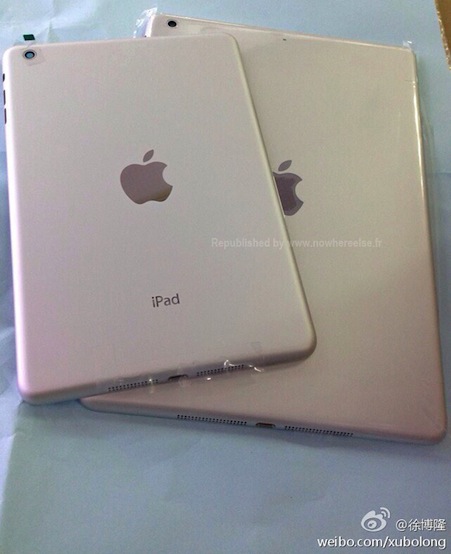 New photos of a rear shell believed to belong to the next generation iPad surfaced late last night. The images appear to show a silver casing, which is consistent with previous reports and leaked parts pointing to a smaller, thinner tablet.

We’ve seen a number of black/slate shells allegedly belonging to the new iPad on the web over the past several months. In fact, they first popped up all the way back in January. But this is one of the first times we’ve seen a white/silver shell…

These photos come from our friends over at Nowhereelse.fr, first posted on Weibo. And while they don’t necessarily reveal any new information about the tablet, they do corroborate the thinner bezels and chamfered edges we’ve seen before. 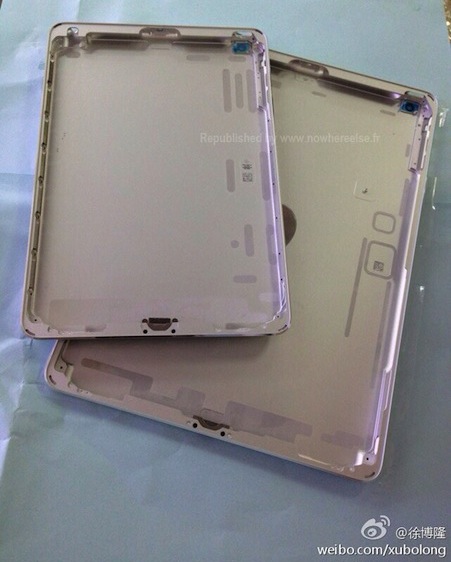 Interestingly enough, there also appears to be an iPad mini shell in the photos. It’s unclear, though, whether the hull belongs to the current model, or the next generation mini. Take 2 of the tiny tablet is believed to include a Retina display.

That theory was reiterated by a report earlier this month from The Wall Street Journal. The outlet claimed that suppliers were gearing up for mass production of a new iPad mini with a high resolution screen, and possibly colored backings.

Apple is widely expected to hold a media event next month, but there’s been no word on whether or not the new tablets will make an appearance. Smart money, though, is on Apple unveiling its redesigned iPad 5 and new iPad mini at a separate event.