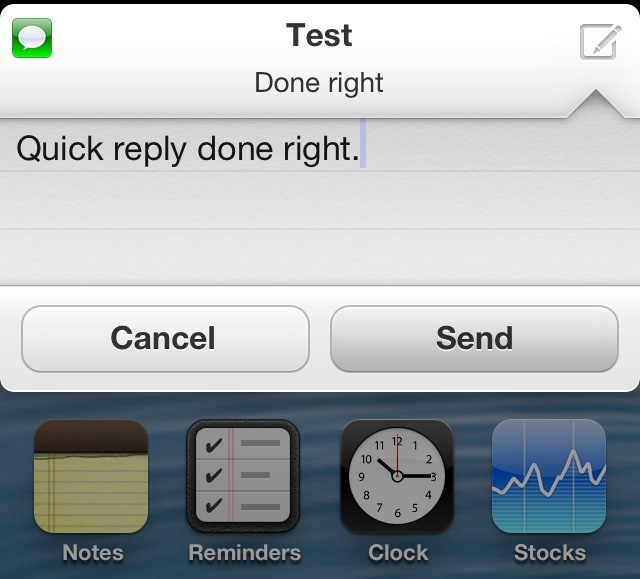 Anemo is an upcoming tweak that brings a sleek looking Quick Reply feature to the stock Messages app. The tweak, which has been in its conceptual stages for quite some time, is a collaboration between iOS developer, John Corbett, and renowned iOS designer, Sentry.

Anemo was initially featured by Sentry in its conceptual stages via a post on The Verge’s forums. Afterwards, it quickly rose to popularity, amassing over 200 comments from interested users.

Today, I was able to go hands-on with a real working beta copy of Anemo. What I found was a tweak that lived up to its initial concept laid out almost a year earlier. Check inside for my first hands-on demo with Anemo.

Once I had Anemo installed, it just started working. There was no need for me to enable any options or configure any settings. After I received a banner notification for an iMessage, I was greeted with a new Quick Reply button on the right-most side of the banner. Tapping the Quick Reply button revealed the full Anemo interface, which allowed me to quickly reply to a message without leaving the current application.

Of course, I’ve been testing a beta copy of Anemo, but it lends a solid idea of what to expect from the final project. The initial release of Anemo will be similar to what’s included with the beta, but Sentry tells me that we can expect a lot more features to be added via consistent updates — think MiniPlayer.

What do you think about Anemo thus far? Are you excited that this concept is being brought to reality? Share your thoughts about the tweak in the comments section below.