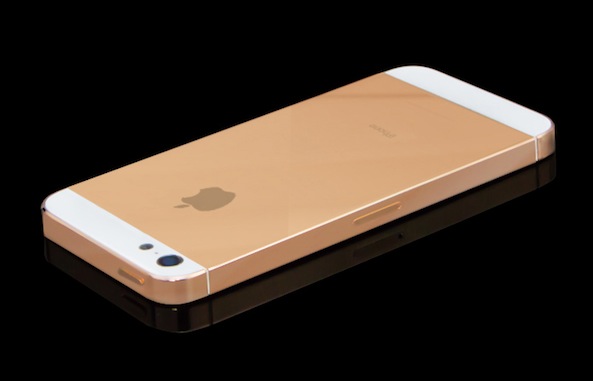 The next iPhone is definitely going to come in gold, according to a new report from TechCrunch this evening. The news follows several weeks of reports and purported part leaks suggesting that the iPhone 5S will be offered in the new color.

It’s believed that Apple is adding the third color option, in addition to black and white, to its flagship handset line in an effort to differentiate the device from its predecessors. And don’t worry, it’s said to be more of a ‘champagne,’ than a gold…

“Yes, there will be a gold iPhone.

That’s the latest I’m hearing from multiple sources after several weeks of rumors and possible component leaks suggesting the same thing. At first, I couldn’t believe Apple would break from the tradition of offering the simple choice: black and white (or “slate” and “silver” if you prefer for the iPhone 5) for their flagship device. Gold simply seemed too gaudy, perhaps even tacky. But a few compelling arguments countered my disbelief. And now, upon checking, sure enough, there will be gold.”

Siegler has a fairly solid track record with Apple intel, accurately predicting iTunes Radio and other products months ahead of their unveilings. Add this to the reports and components we’ve seen in recent weeks, and a gold iPhone seems very likely. 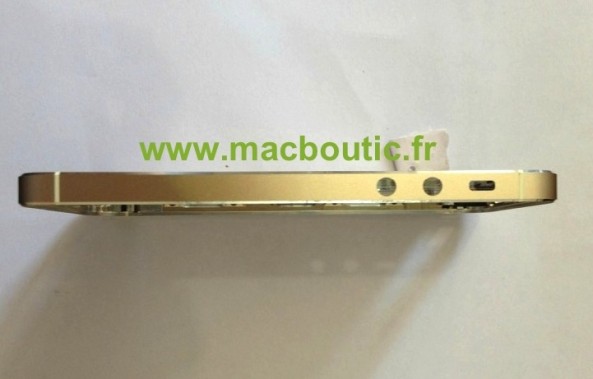 The theory first popped up several months ago, when photos of a golden SIM card tray hit the web. It then resurfaced earlier this month, when a report from Macotakara called for a golden iPhone, and has since been reiterated by analyst Ming-Chi Kuo.

Siegler explains, though, that it’s more of a ‘champagne’ color:

“Perhaps most importantly, I’m told that the golden iPhone will not be a totally blinged-out gold.

…Think: less “gold” and more “champagne”. In other words, more like the old gold iPod mini. (Incidentally, this model of the iPod mini was the shortest-lived, presumably because it was less popular.) The gold tone also apparently shifts depending on how light is hitting it.”

It’ll be interesting to see the public reaction to this golden iPhone, and how Apple plans to market it. It could make it exclusive to higher-end 5S models, like the 64GB or the rumored 128GB, or it could offer it alongside its slate and silver options.

Either way, it looks like it’s coming, and we’ll find out for sure in a few weeks. Apple is expected to unveil its new smartphone at a media event on September 10. The device is believed to feature a number of upgrades, and a built-in fingerprint sensor.

So what do you think, would you buy a gold/champagne iPhone 5S?