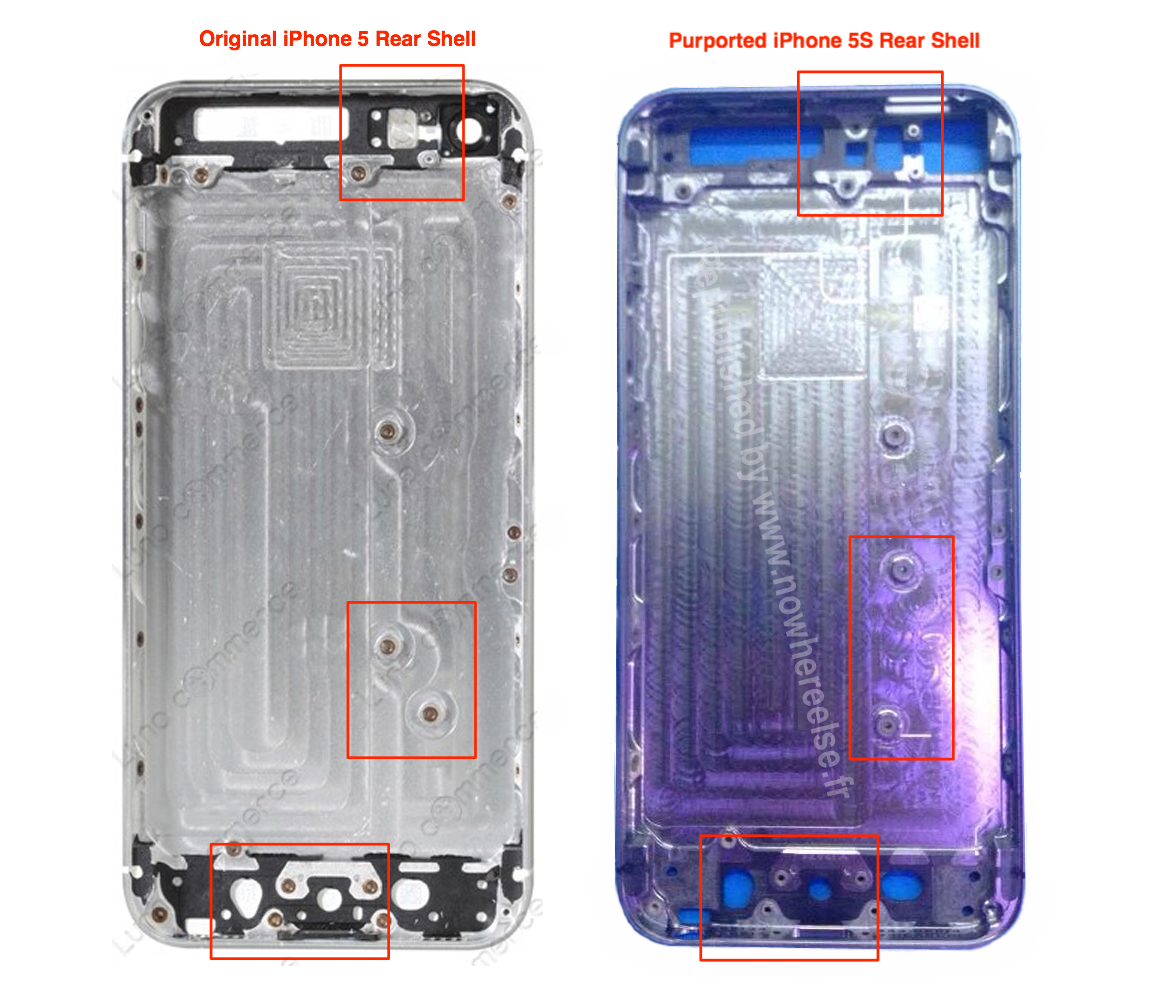 Another day, another iPhone “leak”. With less than four weeks until Apple’s September 10 event, a growing number of purported parts can be seen cropping up all over Asia.

The latest is this genuine looking backplate that shows enough tweaks and modifications not to be easily dismisses as an early iPhone 5 prototype design.

The French blog NowherEelse.fr obtained from its own trusted source images depicting a purported rear shell of the iPhone 5S which includes a tweaked metal spacer cushion that supports the Home button.

As seen on a side-by-side comparison shot top of post, the modified Home button design could point to the rumored embedded fingerprint sensor, though it’s impossible to tell whether the cushion has been tweaked to support the usual Home button or the convex one, as has been rumored.

Below are the differences between the bezel mounting frame on the iPhone 5 (left) and the supposed iPhone 5S component (right). 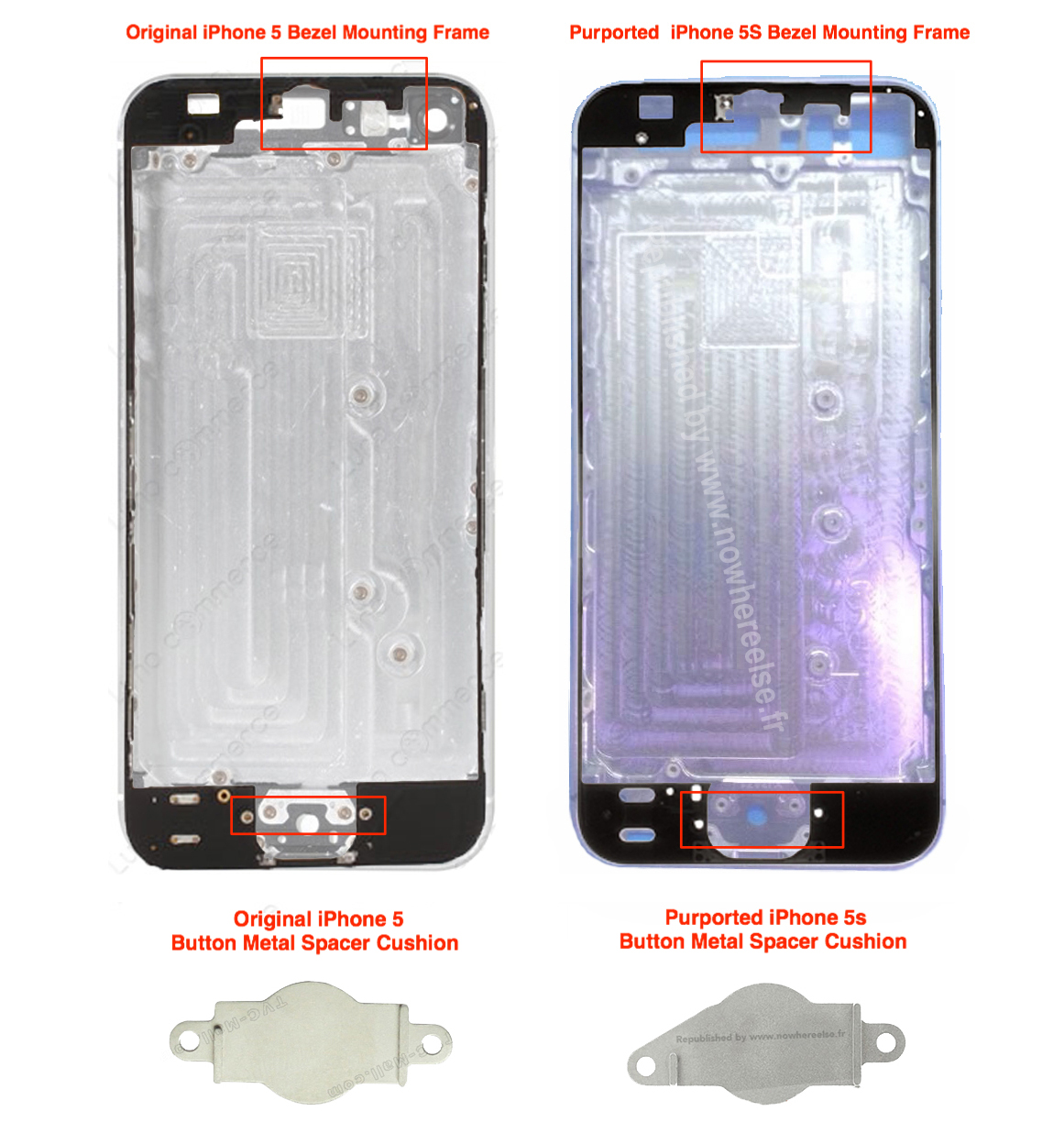 Conveniently enough, screw placement along the back of the device appears to be consistent with other leaked components which have pointed to a slight internal design overhaul of both the printed circuit board and camera module (said to include dual-LED flash).

We’re not sure what to make of this. For what it’s worth, NowhereElse has proven itself a reliable source of various component leaks, though not all of them end up being genuine parts. 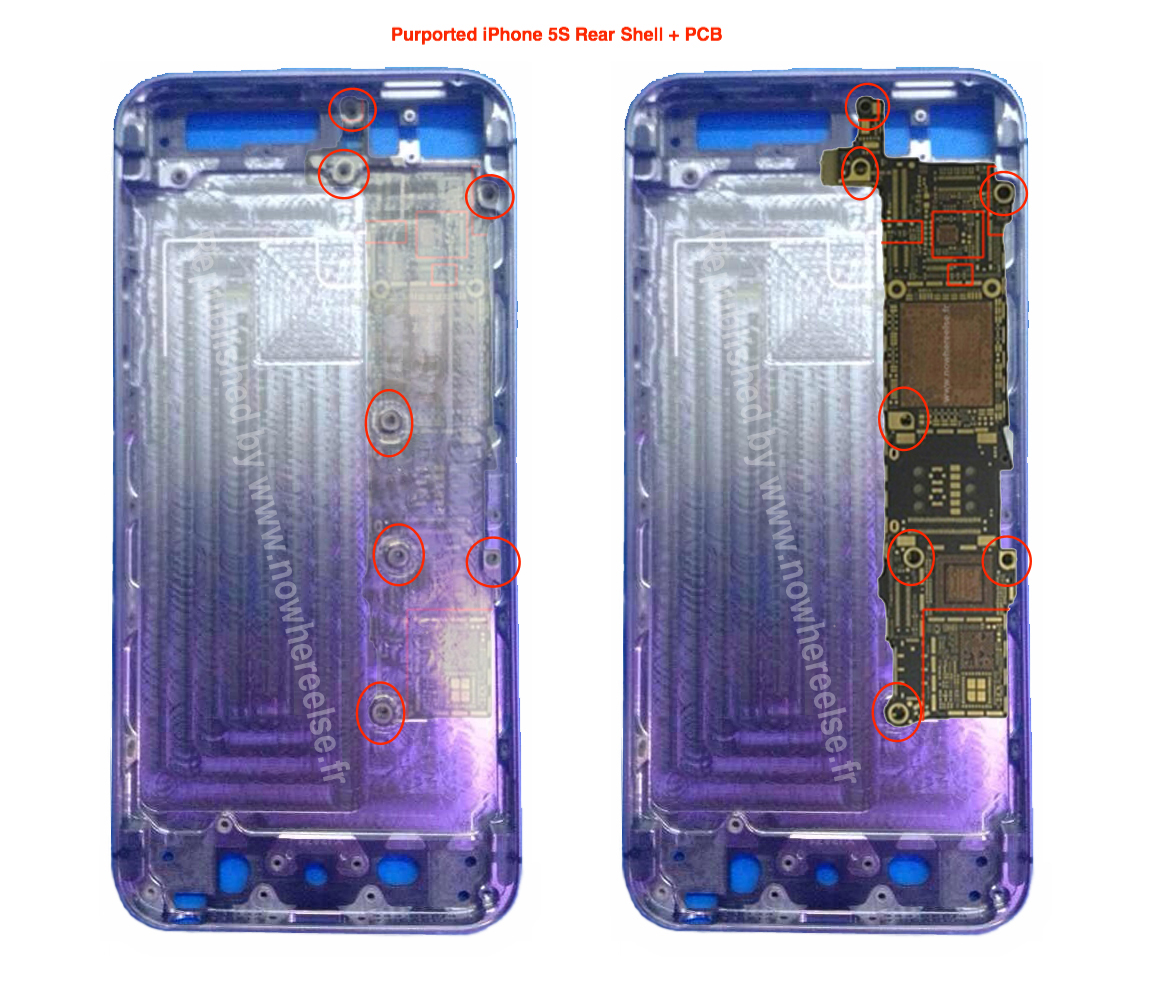 Coincidentally or not, iOS 7 contains code references indicating fingerprint scanning functionality. In addition, well-connected KGI Securities analyst Ming-Chi Kuo is convinced that the next iPhone will for the first time feature a convex Home button in order to create more space for a fingerprint sensor.

Fell free to share your two cents down in the comments.