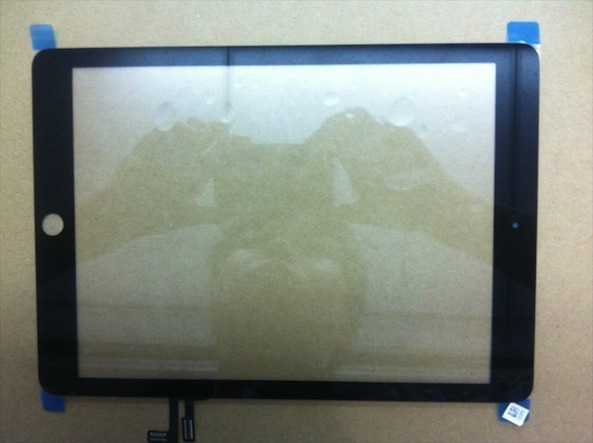 Back in January of this year, iLounge’s Jeremy Horwitz claimed to have seen a physical model of the fifth generation iPad. He said it was “a lot smaller than one would guess was possible” with “virtually no left or right bezels.”

Since then, all of the reports and part leaks we’ve seen have corroborated Horwitz’ description. We’ve seen rear shells of the tablet—more than once—and a few cases, and today we have new pictures of a black front panel…

MacRumors points to repair shop MacFixit’s website, which has posted several photos of what it believes is a front panel and digitizer for the iPad 5. The part shows the same narrower side bezels as we’ve seen in previous leaks. 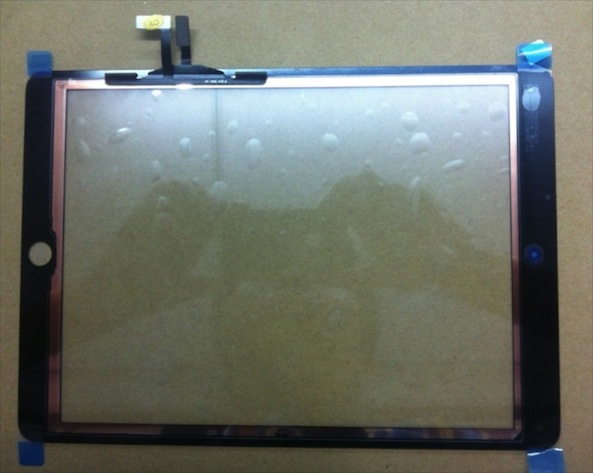 The site notes that the connectors are different from those seen in current and previous iPad models, but Apple has been rumored to be making a number of internal changes in order to achieve the smaller form factor expected.

Here are some of the other things it noted:

Given the amount of evidence that’s piled up, we’re fairly confident we have a good idea of what the next iPad is going to look like. As far as the internals, though, we don’t know much outside of a hunch that it’ll feature an A7 chip.

Apple is expected to unveil its fifth generation iPad as early as next month, alongside a new iPad mini and other product refreshes.