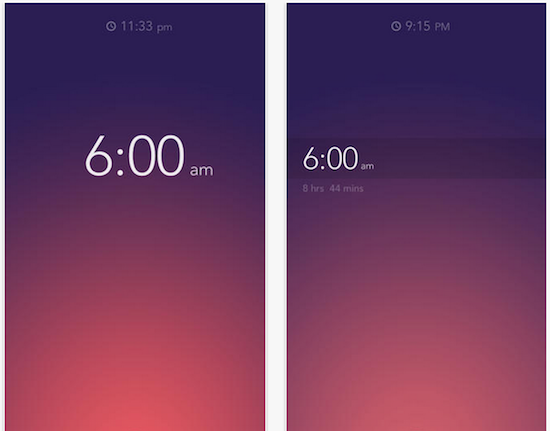 Folks unhappy with Apple’s stock alarm clock feature may want to check out the beautiful Rise Alarm Clock app by Kellen Styler. Not only is it one of the best-looking third-party alarm clock apps out there, but it’s also free for a limited time.

Apple has named Rise its App of the Week, something it does every week for paid apps it believes deserve to be featured in front of millions of eyeballs. And after downloading the app for myself, it’s not surprising that they picked this one…

Here are some of Rise’s more notable features:

– Snooze or turn off the alarm from the lock screen with a shake (iPhone only).
– Beautiful large clock styles: Night mode / Skyscape / Transparent (Live camera).
– Wake up to one of the beautiful custom Rise melodies or your favorite song from iTunes.
– Make a playlist from iTunes to help you fall asleep, or listen to other audio in the background.
– Set a timer for your Sleep Tunes playlist so it doesn’t run all night.

It’s worth noting that Rise also works with iOS’ “Do Not Disturb” feature, as well as the silence switch (with app in foreground and/or auto-locked) of most devices. The app also has a ‘large clock’ portrait and landscape mode for docked devices. 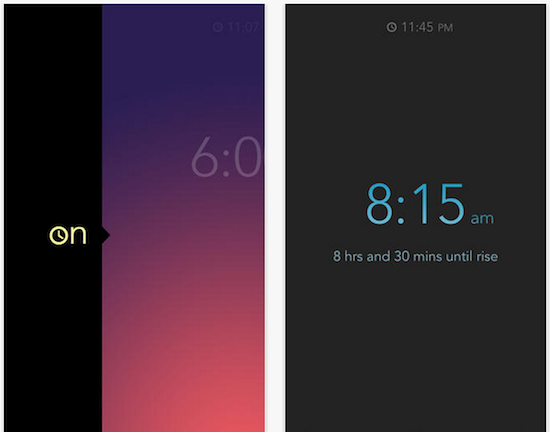 But while all of these things can be found in your average alarm clock app, what really sets Rise apart is its UI. It’s really something you have to play with to understand—settings can be changed with a simple swipe and animations are silky smooth.

And thanks to Apple, it won’t cost you anything to try it out. If you’re interested, you can find Rise Alarm Clock in the App Store, for both the iPhone and the iPad, for free (normally $1.99).

Have you tried Rise out yet? Thoughts?