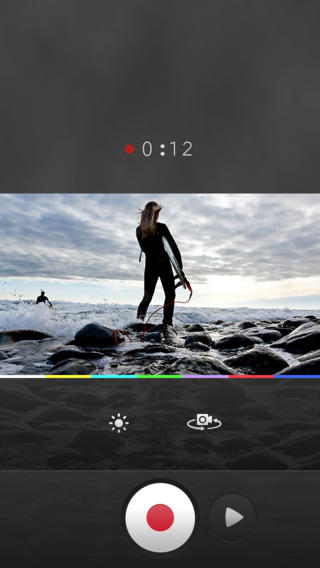 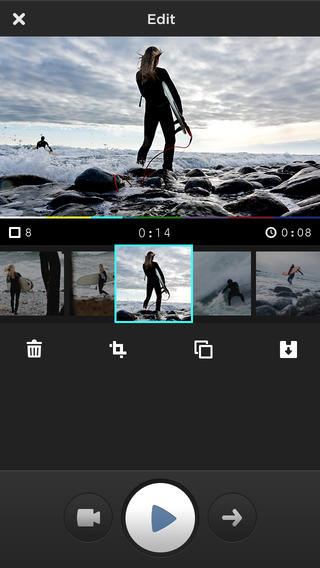 YouTube co-founders Chad Hurley and Steve Chen on Thursday launched a brand new video editing app for the iPhone and iPod touch called MixBit. The software builds on the popularity of Twitter’s Vine and Instagram Video by giving you the power to easily combine short video snippets called “bits” into a longer video that plays seamlessly even though the individual “bits” are store as independent elements. It’s a lot of fun and already catching on with early adopters so jump past the fold for the full reveal…

As you can see on the screenies top of post, you can record your own bits or choose the clips already stored in your Camera roll. Just touch the screen anywhere and hold to record. Bits can be cropped, copied, deleted or saved to the Camera roll. During capture, you’re able to switch between front and back camera and adjust brightness.

The important thing to keep in mind is that individual clips can be as long as sixteen seconds and that a video can include up to 256 clips, meaning the maximum run time of a video produced using MixBit is a little over 68 minutes. 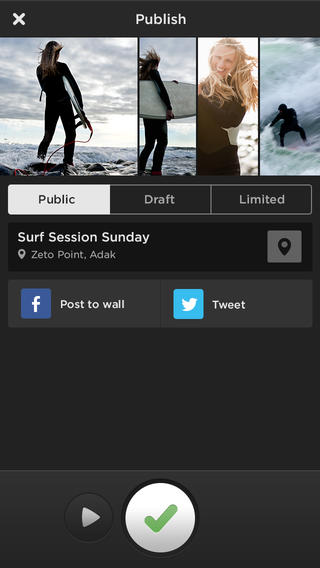 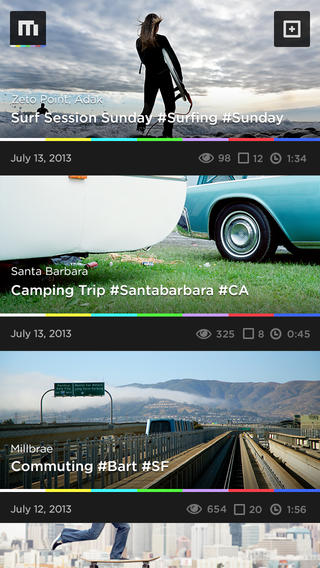 Because the “bits” comprising your video are stored as independent elements on MixBit’s servers, you can later pull a “bit” or rearrange “bits” in your already published video.

And what good would it be to create a collage of your funny clips if not to share them with the web at large?

MixBit supports standard sharing to Facebook and Twitter. Videos can be posted to the community as Public or Limited. If you need to work on a video later, just save it to Drafts.

What’s best, you can even combine your own “bits” with those shared by the community so non-creative types can basically create funny clips without needing to shoot original content.

YouTube co-founders Chad Hurley and Steve Chen explain the motives that led them to create MixBit:

We have always been passionate about video. We started YouTube to make it easy for everyone to share videos. Now we want to help people make great videos.

We are a community of creators. We believe everyone has something interesting to say. We give people fun, intuitive tools to help them tell stories together. We think video should be a living, breathing entity and that creativity is a collaborative process. More than simply capturing brief moments in time, we help people bring stories to life.

To learn more about their mission, check out the introductory blog post.

MixBit is compatible with the iPhone 3GS/4/4S/5 and fourth-gen iPod touch or later running iOS 6.0 or later.

You can download it free right now via the App Store.

An Android version is being worked on and should be available shortly.