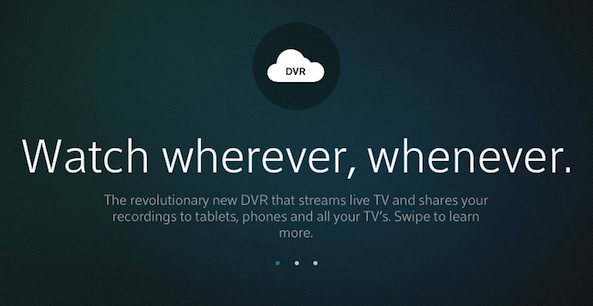 Back in June, Comcast announced its new X2 set-top box—a DVR that uses cloud storage instead of a traditional hard drive. It isn’t expected to launch until later this year, but the cable provider has just been caught testing a new iOS application that allows subscribers to access their saved programming from the cloud-based recorder.

The folks over at FierceCable spotted the app in iTunes this morning. It’s called Comcast Labs DVR, and it’s published by Comcast Interactive Media. The software promises a revolutionary new DVR that streams live TV and shares your recordings to tablets, phones, and all of your television sets—as long as you’re behind a Comcast modem…

“This app is intended for customers of our new cDVR Service enabling our new best in class DVR service. With this app, customers will have access to their Comcast video services on an iPad® or iPhone® while in their home behind a Comcast cable modem.”

The app also claims that it is capable of downloading DVR recordings and On Demand content to smartphones and tablets for viewing while offline and on the go. The extent of the app’s capabilities are not clear just yet, but as noted by Engadget, it seems Comcast is looking to take on the likes of Slingbox, DirecTV’s Nomad and TiVo’s Stream.

And from Comcast’s X2 introduction:

There’s no word yet, on when the cloud-based DVR and companion app will be available to more people, but Comcast has said that it hopes to release the X2 by the end of 2013. Either way, I think it’s great to see the cable provider taking steps—however ridiculously slow they may be—to make it easier for us as users to access our paid-for programming.

Last August, the Wall Street Journal reported that Apple was building a cloud-based DVR with similar features and was shopping it around to cable providers. But we have not heard much about the project since.

If you want to play around with the Comcast Labs DVR app yourself you, can grab it from the App Store.