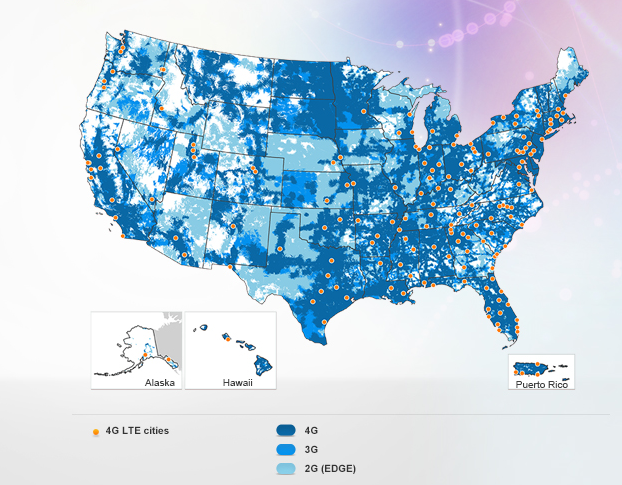 Despite falling behind rival Verizon Wireless in terms of the deployment of the fourth-generation Long-Term Evolution (LTE) cellular radio technology, AT&T’s LTE is still the fastest and most reliable.

As for coverage, the nation’s second-largest telco a week ago flipped the switch on LTE in ten new markets. This was just a week after the company had added seven new cities to the list of LTE-supported markets.

Looks like those weekly updates are becoming a thing for the telco as it announces expanded LTE coverage is now available in Washington, D.C. and San Francisco, with six new markets now LTE-friendly…

The new (and enhanced) LTE markets are as follows:

With 3G, I typically have to wait 2-3 seconds, often even more, before I can access the web as 3G radios take longer to initialize.