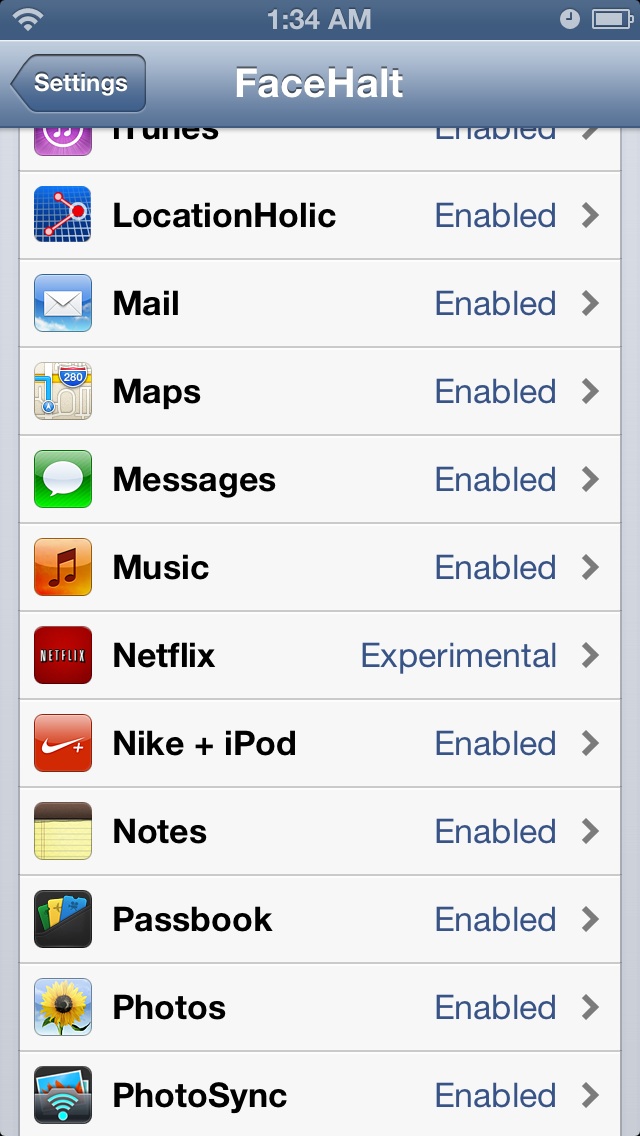 Great news for all of you FaceHalt early adopters. The tweak has now gained access to apps like Hulu, Netflix, and HBOGo by means of a new experimental option.

The new option, which can be found in a revamped preference panel located in the settings app, is the biggest new feature included with the tweak’s 1.0.2 update. Other features included bug fixes.

In the change log for the update, the developer states that users should try the new Experimental mode, which can be setup on an app-by-app basis, if they find that merely enabling the tweak for a specific app doesn’t work. Unfortunately, in my testing the tweak with Netflix, I was met with some pretty mixed results. Your mileage may vary. 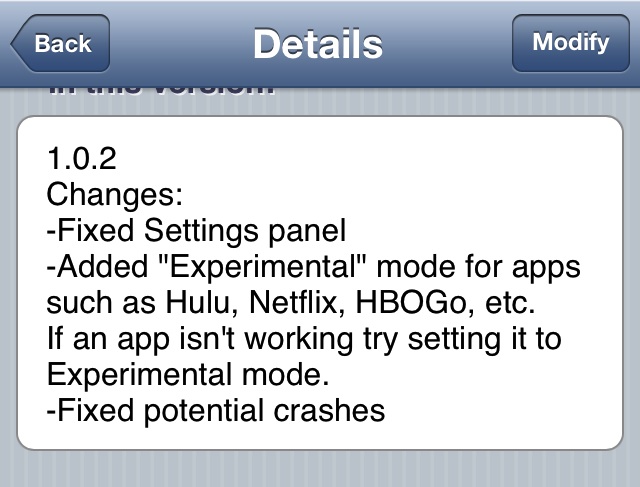 After enabling Experimental mode for Netflix, I could rarely get the tweak to properly recognize my gaze and stop playback when the gaze was broken. I tried it in a few different lighting scenarios, but all results were mixed. At some times, it seemed to work, while at other times, it didn’t seem to want to cooperate at all.

Obviously this new support is labeled experimental for a reason, so although you may find that it works okay for you, don’t set your hopes too high until the developer releases a further update solidifying the support for apps such as those mentioned in the change log.

What has your experience been like with FaceHalt thus far? Are your satisfied with the tweak? is it making your video watching experience more enjoyable on iOS? Sound off in the comments below.